PICK ME UP OFF THE FLOOR LIVE

Norah Jones will present a special livestream performance of her acclaimed 2020 album Pick Me Up Off The Floor, on Saturday, June 12th on the one-year anniversary of the album’s release.  A portion of the proceeds from the livestream will go to Crew Nation to help support touring and venue crews whose livelihoods were disrupted by the COVID-19 pandemic.

When Jones’ 2020 tour plans were cancelled due to the pandemic, she instead connected with fans through her beloved weekly solo performances on her Facebook page (Norah Jones’s Extraordinary At-Home Concerts—The New Yorker). Now for the first time the singer, songwriter, and pianist will present full-band performances of Pick Me Up Off The Floor songs like “I’m Alive,” “Flame Twin,” “Hurts To Be Alone,” and “To Live” with Brian Blade on drums, Tony Scherr on bass, and Mazz Swift on violin. The show will be directed by renowned photographer Danny Clinch from Irving Plaza in New York City. 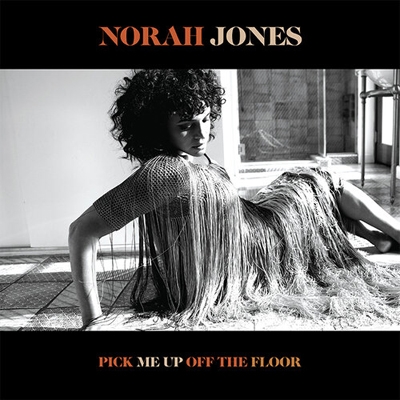 Jones says, “Since I wasn’t able to tour behind the release of Pick Me Up Off The Floor last year, I’m excited to finally play the songs live with a killer band for the album’s one year anniversary!”

Born out of Jones’ singles series, Pick Me Up Off The Floor was a collection of songs that spoke deeply to the moment with lyrics that confronted loss and offered hope, conjuring a heavy mood that leaned into darkness before ultimately finding the light. Featuring collaborators including Jeff Tweedy and Brian Blade, the album blurred sonic colors of Americana, soul, blues, and jazz, held together beautifully by the sly groove of her piano trios.

“A work for and of its time, and perhaps the perfect panacea,” PASTE wrote. “Let Norah Jones reassure you like no one else can.” Rolling Stone described the album as “comfort in trying times,” while MOJO called it “a transporting treat.” The New York Times also offered praise for Jones’ affecting songwriting: “more than a couple of hooks—sung in her famous, dusty-rose sigh—that rest gently on the ear, then wriggle inside your head.”

To purchase your ticket visit: https://veeps.com