For some people, no good deed deserves to be rewarded—at least not by making a profit, which they treat as if it were a dirty word. Even saving millions of lives, as pharmaceutical companies have undoubtedly done by delivering safe and effective COVID-19 vaccines to market in record time, is no excuse for earning a return on investment.

Take the headline of a recent New York Times article, which thunders, “Pfizer Reaps Hundreds of Millions in Profits from Covid Vaccine.” The article insists, while citing revenue and profit projections and CEO earnings, that “Pfizer has publicly promised to run its company not solely for the enrichment of shareholders, but for the betterment of society.” The implication being that producing a vaccine is somehow not already a massive benefit to society.

As influential blogger and journalist Matthew Yglesias quipped on Twitter in response to the Times headline, “What would you say the consumer surplus is here? Trillions?” In other words, the lives saved, the sickness and long-term health complications avoided, and the peace of mind gained are well worth the $20 or $30 Pfizer is getting per dose.

Honestly, to greatly reduce my odds of possible death or serious illness from COVID-19, I’m glad they stand to make a few dollars of profit off of me (paid for through my taxes, of course). Frankly, I think I do okay in the deal. I would even venture to say that I get more out of it than the company does. As Yglesias suggests, the consumer surplus in this case might exceed the producer surplus by a few orders of magnitude.

Biting the Hand That Saves Us

Yet for some reason, pharmaceutical companies are a favourite target. A vague unease with the notion of “profiting from the suffering of others” is surely partly to blame, although it would obviously be more accurate to say that they profit from the alleviation of said suffering. Besides which, doctors and nurses are rightly hailed for profiting from the services they offer to ease or heal the suffering of others. And I’m sure no one thinks the scientists who develop vaccines should work for free. But the investment of capital to alleviate suffering, even though it is equally important, somehow should go unrecompensed.

That pharmaceutical companies are indeed a popular target can be seen by some recent government actions. The Biden administration’s announcement that it supports waiving intellectual property protections for COVID-19 vaccines, for instance, pulls the rug out from under vaccine manufacturers.

Wanting to help poorer countries get vaccines into people is a laudable goal, but an IP waiver is the wrong way to do it. For one thing, changing the rules mid-game and messing with incentives is a terrible way to encourage these companies to leap into action the next time we desperately need their help.

But even more fundamentally, the best way to help poorer countries quickly increase their vaccination rates is through government and private charitable giving whereby the vaccines are duly purchased and then given out for free or sold at very low cost. After all, if we wanted to give corn to people in need, we wouldn’t steal the corn from farmers; we would buy it. If IP is property, then a waiver is like stealing corn from farmers, which is both wrong and counterproductive, even when it’s for a good cause.

Canada’s current federal government, for its part, has had pharmaceutical companies in its sights for some time now. In recent years, it has made changes to the calculation method used by the Patented Medicine Prices Review Board (PMPRB) in order to lower the price ceilings imposed on prescription drugs. Also with a view to lowering drug prices, it has promised to impose government-run pharmaceutical insurance from coast to coast, replacing the provinces’ mixed plans, though this seems to be on hold for the moment.

Pharmaceutical Innovation Pays for Itself

Such ill-advised public policies belie a lack of appreciation of the substantial benefits of pharmaceutical innovation in terms of health and well-being. Between 1995 and 2012, life expectancy at birth in Canada rose by 3.6 years, from 78.0 to 81.6, largely thanks to new drugs. Indeed, a study of 30 countries found that pharmaceutical innovation was responsible for fully 73% of the increase in life expectancy from 2000 to 2009.

Obsessing about costs also obscures the substantial savings we reap from new drugs, which often replace more expensive medical treatments. The estimated cost per life-year gained thanks to pharmaceutical innovation is as low as US$2,730, compared to an average of US$61,000 or more per year of dialysis, a common cost benchmark in medicine. One Canadian study found that new drugs save an average of 4.7 times their cost in reduced expenditures elsewhere in the system.

Still, despite their enormous health benefits and offset savings, the prices of drugs are more visible, and so drug company profits become an easy target. Yet profits have to be high enough to compensate investors for the substantial costs and risks of pharmaceutical R&D.

According to a 2016 study, the cost of bringing a new drug to market has risen to nearly US$3 billion, and the process takes an average of 15 years. Over the past two decades, these costs have soared at an average rate of 8.5% per year, faster than drug prices, and far faster than the economy at large.

Pharmaceutical R&D has become so expensive in part because many drugs tested never make it to market. The same 2016 study found that of all drugs that enter clinical testing, just 12% make it through all three phases of trials and then regulatory review to final approval (see Figure 1). 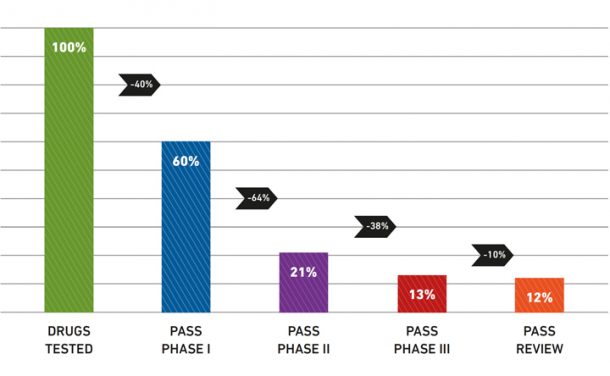 Figure 1: Likelihood that a drug that enters clinical testing
will eventually be approved
Source: Joseph A. DiMasi et al., “Innovation in the pharmaceutical industry: New estimates of R&D costs,” Journal of Health Economics, Vol. 47, May 2016.

If seven out of eight drugs don’t make it to market, those seven failures must be paid for by the profits of the single drug that does. This creates an obvious target as alleged price-gouging, but the fact of the matter is that many drugs are highly valuable for patients, and payers are willing to pay for them.

Pharmaceutical innovation improves our lives tremendously, the COVID-19 vaccines being only the latest in a long line of examples. Undercutting the profits of drug companies is no way to reward them for their monumental contribution to our well-being. A better way to reduce drug prices in the medium term would be to scale back the overregulation that needlessly inflates costs for drug manufacturers. And a better way to help poor countries now is to send them duly purchased vaccines.

The MEI is an independent public policy think tank based in Montreal. Through its publications, media appearances, and advisory services to policy-makers, the MEI stimulates public policy debate and reforms based on sound economics and entrepreneurship. For more information, please visit: www.iedm.org