A vacation foray south of the border to the mountains of Vermont or New York suggests outdoor recreation, a cozy country inn or mountain lodge, and perhaps a bit of shopping. Art and culture would seem a different trip, say to Boston or New York City. Montrealers think of New England as an outdoor playground, not a stage for fine art, music, dance or drama. 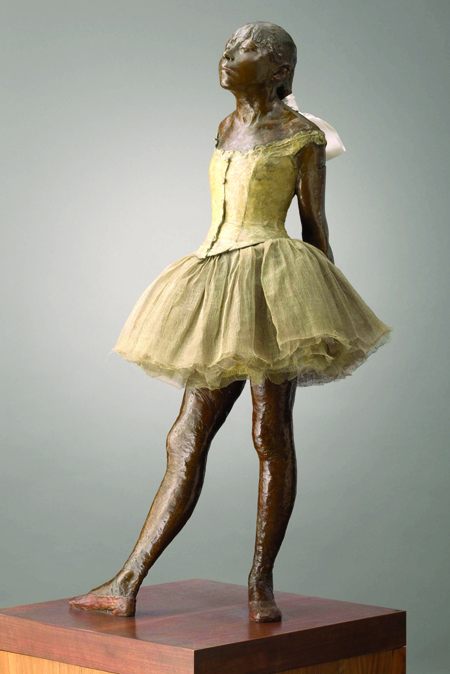 But the reality is that top-notch visual and performing arts are only a short drive beyond of the traditional Green Mountain and Adirondack attractions. A pair of sleepy Massachusetts towns just across Vermont’s southern border are home to two world-class art museums. Nearby are renowned performing arts festivals and a wealth of historic sites, along with first-class accommodations and spas. This region is the Berkshires, a rugged continuation of the Green Mountains that in turn connects to the Appalachian ranges to the southwest.

Originally a remote retreat for wealthy Manhattan tycoons, over the years the Berkshires has attracted artists of many genres, from novelist Herman Melville in the 19th century to musician James Taylor today. Other writers to call the area home were Oliver Wendell Holmes and Nathaniel Hawthorne. Norman Rockwell also lived here, creating many of his iconic Americana paintings, as did abstract artists George L.K. Morris and Suzy Frelinghuysen. The area is equally known for a number of performance festivals, notably Tanglewood, the Boston Symphony Orchestra’s summer home, and the Jacob’s Pillow Dance Festival, as well as a number of top-rated theatre series, including Shakespeare and Broadway productions. The area also is home to Canyon Ranch, a high-end spa/wellness resort, and several other luxury resorts and spas.

While the major performing arts events take place mainly in the summer months, the Berkshires have a great deal to offer visitors during the rest of the year. In fact, the other three seasons are ideal times to experience the outstanding collections of the Sterling and Francine Clark Art Institute and Massachusetts Museum of Contemporary Art (MASS MoCA). 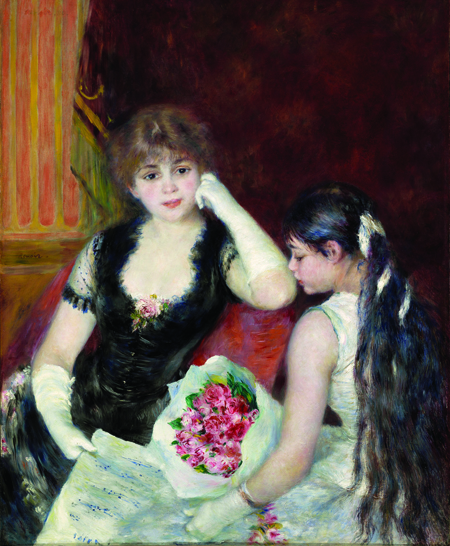 The Clark, as it’s commonly called, is located in Williamstown, which serves primarily as the campus for Williams College, an Ivy League liberal arts school. While the university has its own excellent gallery, the Williams College Museum of Art, The Clark is the town’s big tourism draw. Opened in 1955, the museum houses a collection begun by Robert Sterling Clark and his wife Francine more than a century ago. Originally displayed in a room of the couple’s Paris apartment, The Clark’s large and diverse collection is highlighted by French Impressionist and post-Impressionist paintings, including Renoir, Monet, Degas, Pissarro, Sisley and Toulouse-Lautrec, as well as major works by American artists Winslow Homer, George Inness and John Singer Sargent. Its paintings also include Old Masters and 19th-century works. Equally impressive are its sculpture, prints, drawings and photographs, as well as a stunning collection of silver and glassware from the Renaissance to the early 20th century.

The Impressionist paintings alone are worth a special trip, and highlights include Renoir’s A Box At The Theatre, Degas’s Dancers in the Classroom, Monet’s Tulip Fields at Sassenheim and Toulouse-Latrec’s Jane Avril. Familiar American paintings are Homer’s Undertow, Inness’s Sunrise In The Woods and Sargent’s A Street in Venice. Among its prized sculptures is Degas’s Little Dancer, Aged Fourteen. 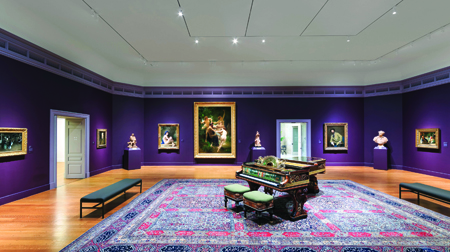 Children are particularly welcome at The Clark, with sketch pads available at the front desk along with Looking Closely cards, which are designed to encourage the young to look at paintings and think about what they see.

In addition to the museum, The Clark operates a research and academic program that presents conferences and co-sponsors a graduate art-history program at Williams College.

But fine art isn’t the only reason to visit The Clark. A recent major expansion of the museum campus, including two new buildings, an underground physical plant and renovation of the original edifice, which increased square footage by one-third, is a work of architectural art. The design by Japanese architect Tadao Ando integrates a new main building and research centre into the 60-year-old Museum Building as well as into the surrounding landscape. 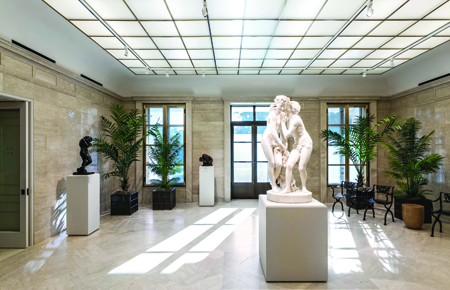 The Clark includes 140 acres of fields and forest, and the property’s remake includes new hiking trails, pedestrian bridges and substantial landscaping improvements, including a set of tiered reflecting pools adjacent to the new main building. The pools are connected by waterfalls and surrounded by lawn embankments and stepping stones, which link the buildings with the surrounding meadows, wetlands and woods beyond. The water in the pools is recycled through a system that integrates rainfall capture, storm-water management, landscape irrigation and building systems, including climate control and plumbing. Water from the roofs is collected and drains into the pools. This has reduced The Clark’s water consumption by one million gallons a year. Other environmentally friendly elements of the new architecture include green roofs, dimmable lighting systems, and geothermal, which have produced energy savings of 20%.

Ten kilometres to the east is North Adams, a bustling former mill town whose one-time major industry, textile printing, now houses the sprawling campus of MASS MoCA. Like The Clark, its mission is twofold: it displays major exhibits of contemporary art and fosters the creation of new work. The 13-acre, multi-building site formerly housed a variety of industries, from ironworks in the early 19th century to a huge textile printing facility, through the Victorian era to the Second World War, when it was converted to a speciality electronics plant.

Planning of a major arts complex began in the mid 1980s and MASS MoCA opened its doors in 1999. The complex includes 200,000 square feet of exhibition space, including a football-field-size gallery, as well as a theatre, outdoor amphitheatres, workshop space, and commercial office and retail space. The range of arts created and displayed here are as diverse as the physical spaces that house them. Visual arts include paintings, photography, sculpture, and a diverse range of artistic display, the art of which also includes how they are presented on walls and on floor spaces. 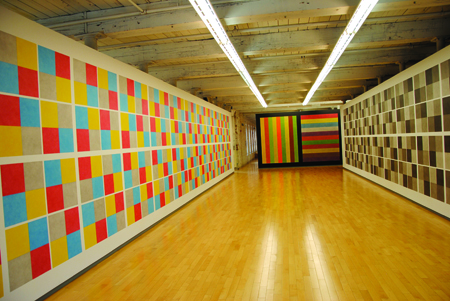 MASS MoCA appeals to visitors of all ages, including young children who can enjoy Kidspace, a special exhibit area that includes art-making opportunities and workshops.

The free-form range of art created and displayed at MASS MoCA is demonstrated by the following upcoming exhibits: