A deeply moving story, inspired by the film Joyeux Noël, this stirring plea for peace premiered in 2011, went on to win audience acclaim, and was awarded the Pulitzer Prize for music. Featuring some of today’s finest Canadian singers in the main roles: Marianne Fiset, Philippe Addis, Joseph Kaiser, Daniel Okulitch.

The Opéra de Montréal brings its 35th season to a powerful close with something new, by presenting the American opera Silent Night by Kevin Puts and Mark Campbell. The work tells the moving story of a historic and miraculous truce between French, German, and Scottish soldiers on Christmas Eve in 1914. Inspired by the film Joyeux Noël (2005) by French director Christian Carion, the multilingual libretto by Mark Campbell gave American composer Kevin Puts the opportunity to musically express the absurdity of war and the power of brotherhood.

The story: A musical truce illuminates the trenches…

December 1914: the horrors of war are getting worse, and the lieutenants of the German, Scottish, and French camps are counting their losses. The soldiers are exhausted… they miss their families… No matter their nationality, they all share the same profoundly human feelings. On Christmas Eve, the soldiers sing songs in their respective bunkers. Suddenly, the bagpipes, coming from the Scottish bunker, begin to accompany German tenor Nikolaus Sprink’s singing. The soldiers agree to a one-night truce. Defying their superiors, they celebrate Christmas together, sharing photos, chocolate, and songs. How will they ever be able to resume the battle? 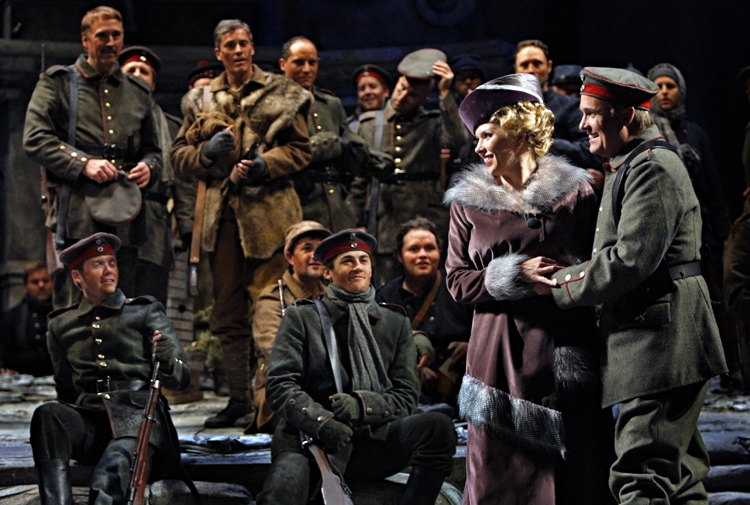 Learn more about this production: www.operademontreal.com

Preopera
A dynamic and “user-friendly” introduction to the performance. Hosted by musicologist Pierre Vachon, this get-together is like a journey into the heart of the work’s music and history, its libretto and its symbols, the production’s artists, etc.