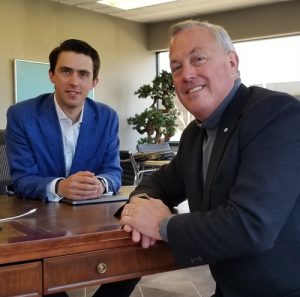 “It’s a big responsibility,” says Hébert, a graduate of HEC Montreal’s prestigious MBA program, who started working in the automotive group founded by his grandfather Norman Dorian Hébert more than 60 years ago, when he was just a student. “However my father (Norman Edward) had considerable pressure on his shoulders when he took over from my grandfather. So we have been through this before.”

Hébert, who is currently the company’s Chief Operating Officer, will have a lot on his plate when he becomes top dog. Groupe Park Avenue’s 21 automotive dealerships, employ more than 1,000 employees and generate $1 billion in annual revenues. However the automotive sector is facing unprecedented turbulence amidst government lockdowns which shut down economic and social activity across the country. Light vehicle sales plunged by nearly 20 percent during 2020 according to data compiled by DesRosiers Automotive Consultants.

The good news is that dealerships could be servicing considerable pent up demand, as economies open up. Automotive vehicle sales spiked by 254.4 percent year over year in April 2021 alone. This despite shortages of semi-conductors, other key parts and transportation bottlenecks which continue to hamper supply chains.

One of Norman John Hébert’s continuing focuses will be keeping ahead of competition in an automotive industry that is in the throes of vast technological transformations. These range from the advent of propulsion and autonomous driving systems, as well as software, GPS, radar and LIDAR sensors, which lead some to describe modern automobiles as “computers on wheels.” 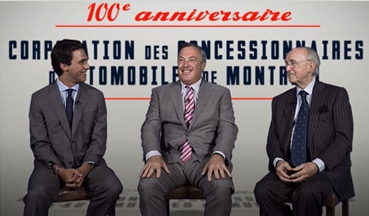 Groupe Park Avenue markets approximately 20,000 vehicles a year, through 15 of today’s leading automotive brands (including Mercedes, BMW, Honda, Toyota, Volkswagen, Jaguar, Range Rover and others). This broad and diverse range provides company managers with useful platforms and metrics to monitor the degree to which various strategies resonate with the Quebec public.

That is particularly true of green technologies, an area that Norman John Hébert monitors closely. Groupe Park Avenue’s presence in one of the most electric vehicle friendly jurisdictions in North America is enabling the company to take a leadership role in fostering adoption. According to Hébert, Quebecers, like many Canadians demonstrate strong interest in electric vehicles. However many have thus far shied away from paying the higher prices they continue to command, due in part to concerns regarding the pace of buildups of vehicle charging networks.

However that resistance is starting to break down. According to the Association des véhicules électriques du Québec, the province recently registered its 100,000th electric vehicle, an adoption trend that is slated to continue. Groupe Park Avenue, which already markets Audi, BMW, and Toyota branded electric vehicles, plans to merchandize new models during coming months, as they become available.

Norman John Hébert’s biggest asset as he prepares for his new responsibilities, is his father Norman Edward Hébert, who trained as a lawyer and worked in one of Canada’s top law firms, before he became President in 1991. “The car industry has changed a lot since then,” said Norman Edward Hébert. “But the qualities of a good leader, integrity, character, emotional intelligence and so on, haven’t changed much at all.” 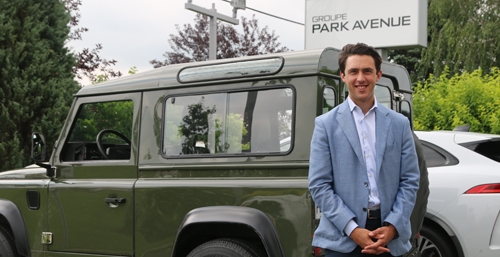 Norman John’s approach to the family business has been to define himself in relation to his own talent set, including a stint with an international management consultancy

Norman John Hébert’s approach has been to define himself in relation to his own talent set, as opposed to those of his father. This included cutting his teeth in an international management consultancy career, where he refined analytical, and data driven approaches. “You learn a lot from working in different industries and markets,” said Hebert. “It provides completely new frameworks for looking at things.”

However the greatest service that Norman Edward Hébert is providing his son is as a role model. This includes demonstrating substantial involvement in local and community organizations, a methodical win-win process which turns the automotive entrepreneur into a walking business card for Groupe Park Avenue, while providing non-profit organizations with free top level managerial expertise. One of the biggest winners from this arrangement has been Concordia University, whose Board of Governors was chaired by Norman Edward Hébert from 2012 to 2020. 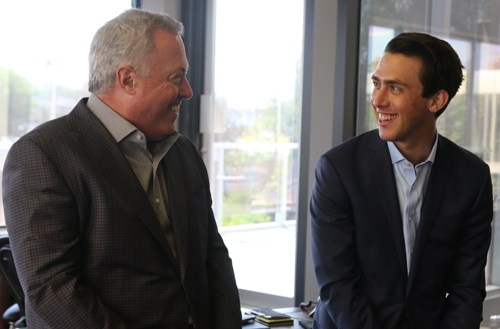 Indeed industry activism is growing in importance during a time of increasingly public sector intervention in the economy. For example the recent federal budget included a proposal to put a luxury tax on vehicles priced over $100,000, a move that could affect Groupe Park Avenue, which markets several brands of luxury vehicles. These kinds of actions, which provide great talking points for politicians, but which are regarded by experts as ineffective in terms of achieving their main goal of boosting revenues, are nevertheless hard to counter by individual dealerships.

Norman John Hébert’s key focus during the initial phases of his planned 3-5 year transition plan into the CEO spot will be on operations. This in turn will involve spending a lot more time watching and learning from his key mentor – his father. “We keep things professional here,” jokes Norman Jean Hébert. “We don’t call each other ‘Dad’ or ‘Son.’ When we are at the office we are here to work.”