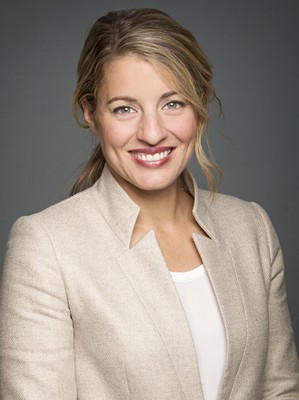 We started 2017 with a cover feature about Cabinet Minister Melanie Joly by Linda Renaud. Since then, Joly has become a trusted member of Prime Minister Justin Trudeau’s inner circle.

“I am extremely proud to be Minister of Heritage at a moment in time when the creative sector is going through immense changes… [as well as] coming from Montreal where the sector is so incredibly strong and we have so many strengths, from video games to music to theatre to film,” said Joly in an interview prior to the event. “I think I am able to bring perspective to the country in what it is to invest in the sector and get the benefit from it.”

The Minister currently has a lot to celebrate having successfully navigated her vast portfolio in the past year. Besides being responsible for almost everything to do with Canadian values and identity, including sport – she is charged with promoting human rights and multiculturalism, overseeing Canada’s Battlefields (including laying ceremonial wreaths), as well as our National museums (including Science and Technology), archives and libraries. 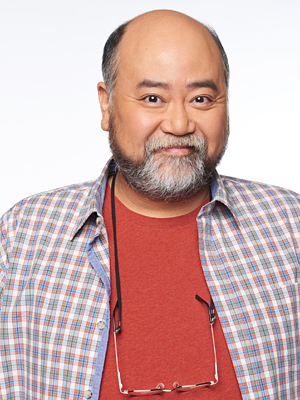 Paul starred in the Segal’s presentation of Kim’s Convenience, and I had the pleasure of interviewing Paul about how he came to the role, and how it is a true reflection of his parent’s immigrant experience in Canada.

Paul has a long and impressive list of film, television and theatre credits on his resume, but as an Asian actor, the roles were often small parts. “I had a lot of lean years, and had a lot of other jobs in order to make ends meet. I worked at Blockbuster Video, Indigo, sold wine and also spent a ‘tragic’ two weeks working as a waiter in a high-end restaurant.”

The Lee family’s immigrant experience is similar to many families who have come to Canada for a better life; in that their transition involved an initial sacrifice and reduction of lifestyle in their new country. “My parents were teachers in Korea, a profession that gave them a respected status and comfortable lifestyle. They owned a home, and we had a servant in our household. My mom’s sister was already in Canada, and she had good things to say about this country. My parents worried that the Korean economy could weaken, and that my sister and I could have a better future in Canada.”

The Lee family moved to Toronto, where Paul’s mother and father purchased a convenience store at Sherbourne and Wellesley. “It was called Chez Lee, and we lived upstairs. There is a tremendous similarity from our family’s experience owning a local convenience store and Kim’s Convenience.” 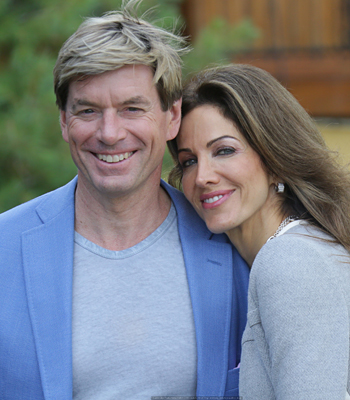 Philippe and his family have been in Montreal for 400 years, before our city was even constituted. He’s a force of nature – and Nannette isn’t far behind in the energy category, with her own internationally successful brands.

Together, the couple founded the de Gaspé Beaubien Foundation, the Family Business Foundation and multiple other organizations.

“Quebec is an unbelievable hidden gem,” he says. “People don’t realize what we have here. I want to make it the new Israel of North America.”

His enthusiasm has been born out recently. His private equity firm is among the backers of PUR, a Quebec-produced vodka the SAQ initially refused to stock; that subsequently won gold at the 2011 International Wine & Spirits Competition in London, and has since been voted best in the world another four times.

He’s also invested in biotech companies, such as Biomod Concepts. His wife Nannette sits on their board as Executive Chair and is fascinated with their work, particularly a technology that enables moisturizer to be imbedded in the skin and accessed when needed. Last year, she created a company under her own name to market the technology in dry face and body masks. Her first product launched at Selfridges in the UK last year, and has since entirely disrupted the cosmetics industry. Subsequent launches in France, the United States and Canada were enthusiastically received. Cosmetics Design appointed her its Woman of the Year for the Americas last month. 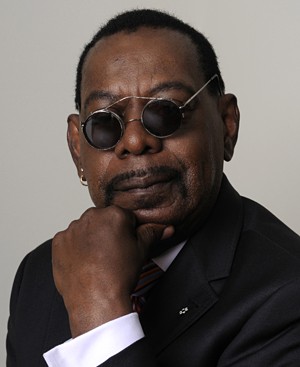 We’ve done a couple of cover stories on The Montreal Jubilation Gospel Choir, an organization that has achieved international recognition under Trevor’s management and guidance. They have recorded albums, performed for Queen Elizabeth II and Nelson Mandela. In 2017, Trevor announced that he would retire from directing the choir, and there is hope that he’ll continue to be involved.

When we re-connected after decades of not seeing each other, it was as if we’d last spoken a few days’ prior. “Hi Peter, come on in…” is how we started an interview to mark the choir’s 25th Anniversary a decade ago. Trevor Payne has a special place in the hearts of thousands of Montrealers for bringing the joy of gospel music to us, and making us proud by sharing the choir’s gift around the world. Bravo Trevor! 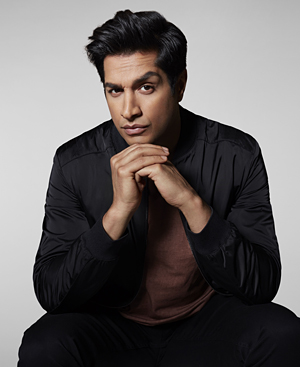 Sugar Sammy has been featured on the cover of The Montrealer more than any other person! I remember the first time we met in a coffee shop in the Sud-Ouest. Sam had come straight from a TV interview and he was dressed to the nines. “Geez Sam – you look like an Indian Elvis,” I quipped as we sat down. We’ve been friends ever since.

He was just started a limited engagement with You’re Gonna Rire at The Olympia Theatre, which turned into months and then more than a year – smashing all the box office records for the theatre. He went on to work in a French-language TV series, bringing a lot of Franglais to his role.

In its year-end review, Paris MATCH has named Sammy as Comedian of the Year after he successfully built a huge following in Paris and throughout France. 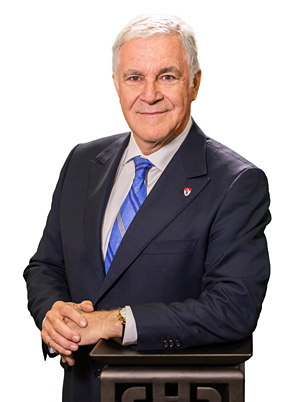 Diagnosed at age six as being profoundly deaf; Claudio Bussandri overcame his handicap with the help of some very special people. Moving on from his position as Chairman of the MUHC Board, he is devoting his attention to World Wide Hearing, an organization that helps people with hearing loss in developing countries and Indigenous communities in Canada.

Claudio Bussandri earned tremendous success during his business career, and when he retired, he applied his formidable management skills as a volunteer board member and then Chairman of the McGill University Health Centre (MUHC) Board. Claudio is now looking forward to continuing his philanthropic work with World Wide Hearing Care in developing countries. All this from a person of tremendous personal courage, who overcame his own handicap of deafness to graduate with Honors from McGill University, build successful businesses and then preside over the largest hospital move in Canadian history. 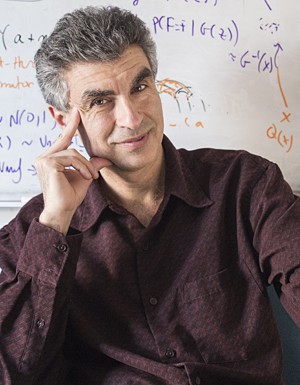 Yoshua Bengio is a world leader in research into the development of Artificial Intelligence. Montreal is one of the few global centres for research into this field that will fundamentally change our world. If Montreal’s prominence in the evolution of an artificial intelligence industry in the past five years is primarily due to the leadership of Yoshua Bengio, we are all lucky he became a father and is a beloved son.

“Two main things changed me,” he says. “Relationships with women taught me a lot about humanity and emotions, and my children: they really transformed me. I mean it was like a part of my heart hadn’t opened yet. You know having to take care of somebody and knowing that that person depends on you is really a transformative experience. When I was in my late 20s, it was a big thing.”

Today, the University of Montreal professor is a sought-after collaborator. He’s founded or cofounded five different institutions and has been a key ingredient in both Google and Microsoft setting up artificial intelligence centres in Montreal. He recently became the scientific director of a new non-profit linking his current school with his alma mater, McGill. 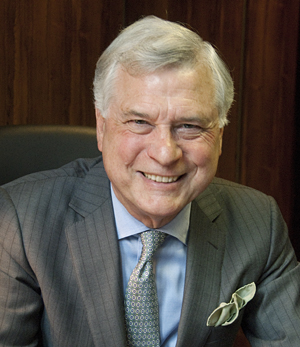 Peter Trent had an immensely successful business career before getting into municipal politics in Westmount, where he served a Mayor for approximately 25 years. “I felt that it was time for generational change in Westmount, time for a younger person representing the new generation of young families in Westmount.”

It’s largely due to his tenacity in pursuing the demerger campaign that we have autonomous elected municipal administrations in cities like Westmount, Montreal West, Cote St-Luc, Hampstead, Pointe-Claire, and Beaconsfield. Peter’s future plans include writing, and continuing to make civic contributions as a Board member for some iconic Montreal institutions. He may even accept an invitation to sing a couple of Rolling Stones songs with Cadillac Music – watch this space! 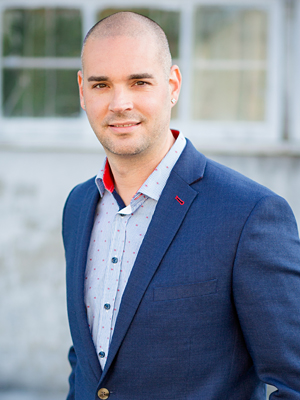 Nicolas Duvernois’ story is an inspirational tale of perseverance that has taken the still young man from being a janitor with a dream to international recognition and success and the creator of Pur Vodka, the World’s Best premium vodka, which has won fifty-seven awards, including World’s Best Vodka an astounding five times in the past seven years.

During our conversation, Nicolas stated; “You’re not supposed to win international awards – especially with a new product…but I did.”

“I kept my student job, working as a night janitor at Sainte-Justine’s Children’s Hospital. After my experience in the restaurant, this time I did a business plan and lots of research. I was determined to make it work, knowing that I’d be the first one to make a vodka in Quebec. Four years later, I had my first bottles of vodka.” 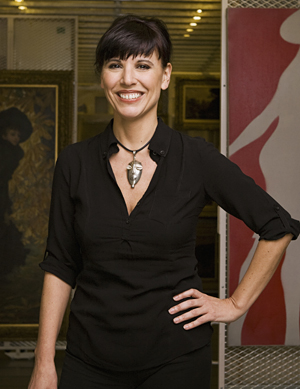 Nathalie Bondil joined the museum curatorial staff in 1999, and was appointed Executive Director and Chief Curator in 2007. Since then her initial objectives have been rapidly realized and then surpassed. She became a Canadian Citizen and was awarded the Order of Canada in 2015 for her work in promoting art and making art more accessible.

Outreach to the wider community has grown exponentially under Bondil’s tenure. “We have these beautiful works of art and a wonderful, peaceful building that we want to share.  Our outreach programs have grown to 450 associations, schools, universities and even hospitals. We know about the positive impact that Art has on your well-being; and these medical professionals are seeing results. ”

Nathalie has turned the Montreal Museum of Fine Arts into an internationally recognized powerhouse.

Thank you for reading!