How sellable is Canadian culture globally and/or to our own government and audiences? Herein lays the challenge for Mélanie Joly, Minister of Canadian Heritage.

As Rufus Wainwright, a Canadian singer/composer who is successful worldwide, points out: “The fascinating thing about Canadian culture is that it is both very mainstream and totally unique at the same time.”

Mélanie Joly spent New Year’s Eve on Parliament Hill launching the nation-wide festivities to celebrate Canada’s 150th anniversary throughout 2017. Seen on television by Canadians from coast-to-coast Canada’s Minister of Heritage was front-row center that night acting as both ringmaster and cheerleader along with Governor-General David Johnson.

“I am extremely proud to be Minister of Heritage at a moment in time when the creative sector is going through immense changes… [as well as] coming from Montreal where the sector is so incredibly strong and we have so many strengths, from video games to music to theatre to film,” said Joly in an interview prior to the event. “I think I am able to bring perspective to the country in what it is to invest in the sector and get the benefit from it.”

The Minister currently has a lot to celebrate having successfully navigated her vast portfolio in the past year. Besides being responsible for almost everything to do with Canadian values and identity, including sport – she is charged with promoting human rights and multiculturalism, overseeing Canada’s Battlefields (including laying ceremonial wreaths), as well as our National museums (including Science and Technology), archives and libraries. In addition, the Minister is Canadian Secretary to Her Majesty, Queen Elizabeth, which means Joly facilitates all communication with the Royal Family, which included William and Kate’s visit to Vancouver in the fall. “It was an honour to meet them,” said Joly, who has yet to personally meet the Queen. 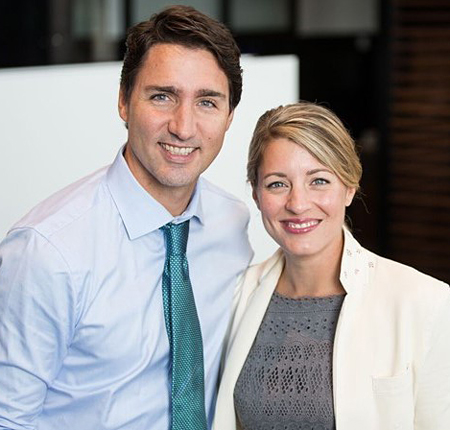 However it is her portfolio on the arts, including cultural industries (performing arts, audio and visual arts, publishing, film, video and literature), as well as cultural policies related to foreign investment and copyright, that is currently the most demanding. One day Joly might find herself discussing changing the words (actually, two words) of the national anthem; the next day talking about potentially injecting funds into the ailing print media private sector. For example, should the government perhaps support the Postmedia Network through its current woes? At a Montreal Board of Trade luncheon in October the Minister indicated “everything is on the table. I am ready to talk about the different tools we have as a government to help.” As reported in The Gazette her team is “ready to look at all scenarios, including financial.”

Joly also appears to have a rare ability for a politician: to be both a disruptor and a team player at the same time.  In fact, the last five years have been a whirlwind for the Minister. In 2012 she worked on Prime Minister Justin Trudeau’s Liberal leadership campaign after being recruited by his brother, Alexandre. “She’s the kind of person who brings energy, which is exactly what my brother needed…” the younger Trudeau said in an interview.

In 2013 Joly created her own municipal political party, Le Vrai Changement pour Montréal,  and then ran for mayor of Montreal coming in an impressive second behind Mayor Denis Coderre. In 2014 she published her first book, on politics: Changer les règles de jeu (Changing the Rules of the Game). Then, after winning the Montreal riding of Ahuntsic-Cartierville, in November 2015 she was sworn in as a federal Minister at the age of 36.

Asked what she thought qualified her for the job, Joly pointed out that she was involved in federal politics as a “political advisor for Quebec” before creating her own municipal party. As to how running for mayor prepared Joly for her current role she concedes that while managing 55 party candidates “was extremely demanding” that the challenge “also prepared me psychologically” to survive in the “very tough arena which is politics.” It also “helped me to build the resilience I needed to face important challenges” while still adhering to her political agenda.

Since taking office just over a year ago Joly has overseen the largest commitment of the Canadian government in arts and culture in 30 years – an impressive $1.9 billion. She says that Canada is the only G7 country investing so much in the sector because “that’s how much we believe in it.”

To help her decide exactly how those funds should be distributed, Joly launched a nationwide consultation process in the spring inviting all stakeholders to participate – from content creators to industry players. While the results of that input will be unveiled in the next few months the budgets of the Canada Council, CBC/Radio-Canada, the National Film Board as well as Telefilm Canada are slated to be restored and in some cases increased following severe cutbacks in recent years. Specifically, the public consultations were intended to examine the government’s role in supporting Canadian content. The most controversial files in her media portfolio include: the future of the CRTC (How should services be supported – through fees, taxes, other?), the CBC (Should it be ad-free?), and NETFLIX (Should it be required to contribute a percentage of its revenue towards the creation of Canadian content? “Yes!” say Canada’s major guilds and associations representing producers, directors, writers and actors. None of this is lost on Joly. 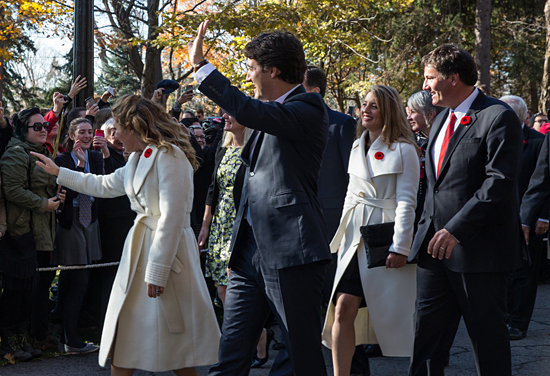 “We very clearly stated in the context of the public consultations that promoting cultural diversity and [Canadian] democracy was at the core of what we wanted to do as a government and this is why I am looking at the submissions coming from the media sector also bearing in mind how people consume information now.”

The Heritage Minister told The Canadian Press in the spring that bringing a “digital approach” to the country’s decades-old policies (last modified in 1991 under the Mulroney government) will be one of the cornerstones of her mandate. Joly, clearly looking to the future, points to extensive consumer use of digital platforms as well as the potential of monetizing Canada’s dominance internationally in several key areas, including the production of video games as well as the vast potential of virtual and augmented reality.

Joly feels Canadians have been “very humble” but its time to show “the world how strong we are in these sectors,” which lies at the core of her cultural export strategy – a strategy that may appear, at first glance, to be limited or too complicated to harness. Not to Joly, who views the sector as “extremely agile” and able to deliver audiences “experimental” as well as “unique artistic experiences” which are “very different” from many other cities in the world. “That is what we should be celebrating and exporting, through performing arts, festivals…”

The Minister points out that one Canadian institution that has consistently delivered on the international scene is the National Film Board. Since it’s founding in 1939 it has garnered 12 Oscars and 73 nominations – more that any other film organization in the world (outside Hollywood). The Oscars (being held this year on Sunday, February 26) raises another obvious dilemma: the never-ending loss of Canadian talent to the United States – from Mary Pickford, to Walter Huston, to Christopher Plummer, to Anna Paquin. And who can forget James Cameron’s Best Director win for Titanic (1997) and Paul Haggis’s Best Original Screenplay Oscar for Crash (2005)? Last year Canada was recognized in 10 Oscar categories including Best Picture and Best Original Song. This year, Quebec filmmaker Xavier Dolan’s feature film, It’s Only The End Of The World, has been officially selected as Canada’s Foreign-Language Oscars entry.

Managing Editor Linda Renaud, a former CBC documentary producer, has worked in media in both Canada and the U.S.