JFL marks an important anniversary presenting comedic legends, to the hottest stars of today including Jerry Seinfeld & Gad Elmaleh, Kevin Hart, Trevor Noah, Judd Apatow, Ali Wong, Laverne Cox, Sugar Sammy, Rick Mercer, David Spade, Howie Mandel, Danny McBride and the cast of Vice Principals, John Mulaney and many more. The festival continues to be a springboard for comics to launch their careers just as Jerry Seinfeld and Tim “The Toolman” Allen have done in the past.

Sugar Sammy and I have been having interviews and conversations for several years, and they have resulted in three previous cover stories for The Montrealer. It was during a media tour to promote his International Gala that we had our first opportunity to catch up since Sam left his Montreal home in order to expand his market in France.

“It’s going really well in France, even though the audiences are more reserved. They don’t come to the shows to get into a dialogue with me – they want to sit back and be entertained. But – I’m getting to them.” Sammy continues; “I started out in a 115-seat venue doing fours shows a week, then I stepped up to a 350-seat theatre, four nights per week. I’m now performing at a 600-seat theatre three nights a week. We’ve performed for 115,000 people in Paris, and I’ve also been able to get into other cities and towns such a Lyons and Aix-en-Provence.”

“Coming back to Montreal to host a gala is a big deal for me. It reminds me of my first time performing at Just For Laughs. I didn’t have a car, and I was taking the bus to the theatre. Some people sitting near to me asked if I was Sugar Sammy, and they told me that they were on their way to my show too! So I rode the bus to my first Just For Laughs show with some people from the audience. Now – I’m coming back to host a Gala. How cool is that?

On one of the most electric nights of last year’s Festival, Sugar Sammy capped off his 420-show tour with one last performance of his hit show You’re Gonna Rire in front of a crowd of 115,000.

After performing 1,500 shows in 29 countries and in 4 different languages, Sugar Sammy has teamed up with Just For Laughs to select the best stand-up acts from around the world for his Gala, each performer a star in their own country.

Sugar Sammy’s International Gala promises to be one of the most original nights you’ll experience at the Festival. Comedic perspectives from around the world will converge on Montreal for a night of cultural exchange. “I’ve performed with this diverse group of comedians in other parts of the world. Many of them have huge fan bases in countries with much bigger populations than we have here in Canada. It’s going to be a great show.” Ticket sales have been so strong that a second show has been added in Salle Wilfrid Pelletier for July 29.

“In hosting a Just For Laughs gala, Sugar Sammy joins legends and comedy stars such as Don Rickles, Steve Martin, Tina Fey, Jimmy Fallon, Bill Maher and Bill Burr. We couldn’t be happier to add to the fold, a homegrown star who is making a name for himself around the world “, said Bruce Hills, JFL’s Chief Operating Officer.

Sugar Sammy’s International Videotron Gala presented by Air Canada will feature some of the best international stand-ups on the planet on Friday, July 28 at 9:45 pm at Salle Wilfrid-Pelletier at Place des Arts. A second show has been added for July 29. 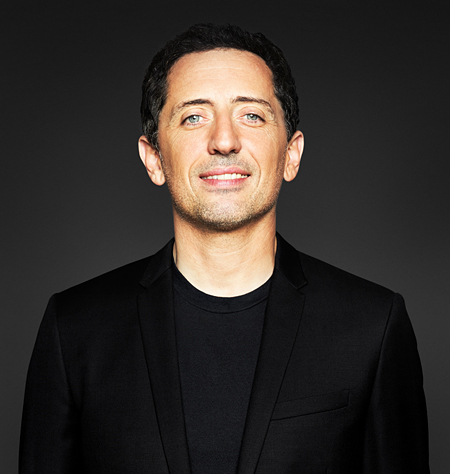 Gad Elmaleh, now based in New York, has successfully transitioned to
performing in English 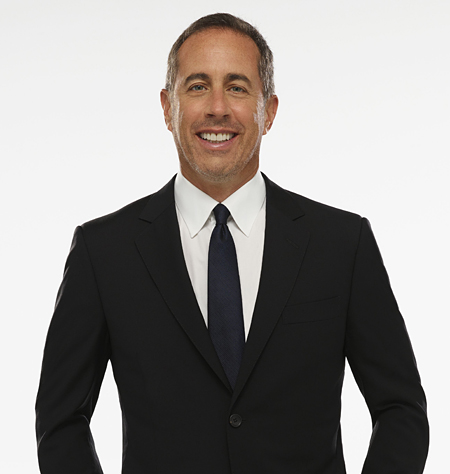 Just For Laughs and JS Touring are thrilled to announce that America’s premier comedian Jerry Seinfeld and France’s biggest and most loved comedic star Gad Elmaleh will share the stage for the first time as co-headliners with an exclusive one night only event to commemorate JFL’s 35th Anniversary.

This exceptional concert will mark Seinfeld’s return to Montreal Just For Laughs Festival since first performing back in 1989; and Gad’s second English appearance at the festival following sold out performances and rave reviews for the premier of his first English one person show run at last year’s festival.

These two international icons and friends will come together Wednesday, July 26, at 8pm at the Bell Centre for one night of guaranteed laughter from beginning to end. 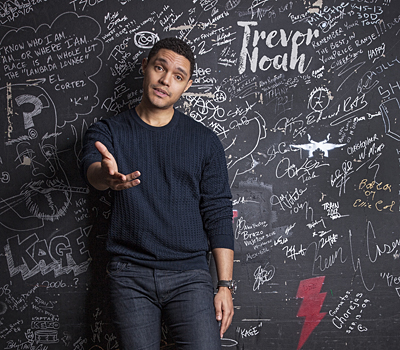 Trevor Noah is the most successful comedian in Africa and is the host of the Emmy and Peabody Award-winning The Daily Show on Comedy Central. Trevor Noah released his 9th new comedy special Afraid of The Dark in February on Netflix and in November 2016, he released his first book, Born a Crime: Stories from a South African Childhood, which was an instant New York Times bestseller. His Born a Crime audiobook is Audible’s highest rated since its release in 2016. He brings his standup show live to Montreal for one night only on Friday, July 28 with two performances at 7:00 pm and 9:30 pm at Maison Symphonique at Place des Arts.

In addition to his concerts, JFL ComedyPRO will host In Conversation with Trevor Noah. Join Trevor for a conversation touching on his life and experiences, and whatever else comes to the mind of this brilliant comedian, on Saturday, July 29 at 12:00 pm (noon) at the Grand Salon Opera, Level 4, Hyatt Regency Montreal.

Judd Apatow returns to his stand-up comedy roots. The prolific writer/director of such films as Knocked Up, The 40-Year-Old Virgin and the director of Trainwreck, as well as executive producer of HBO’s Girls and Crashing and Netflix’s Love, is considered one of the most sought-after comedy minds in the business. Apatow will perform his new stand-up show which will be being recorded live for Netflix in the intimate 300-seat 5ieme Salle at Place des Arts on Friday, July 28 and Saturday, July 29 at 7:00 pm and 9:30 pm. 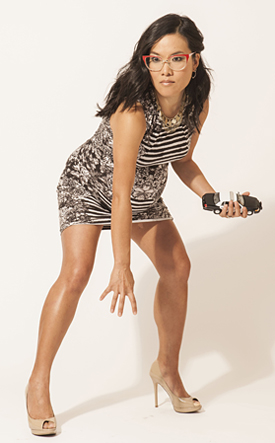 Ali Wong is a comedic force of nature

Ali Wong is a stand-up comic from San Francisco, now living in Los Angeles. Her Netflix stand-up special Baby Cobra was filmed when she was 7 months pregnant and according to the New York Magazine, “The special’s arrival on Netflix is the sort of star-making moment that unites the tastes of the unlikeliest fans.” Ali Wong will perform on Thursday, July 27 at 7:00 pm at Maison Symphonique at Place des Arts.

John Mulaney, Emmy Award-winning writer and comedian, has added a second performance to his previously announced return to the festival due to popular demand. Mulaney recently starred in the Broadway hit, Oh, Hello on Broadway alongside Nick Kroll. In 2015, he released his Netflix Original special titled The Comeback Kid preceding a very successful stint at Saturday Night Live where he wrote and appeared as a Weekend Update correspondent and co-created characters such as “Stefon” with Bill Hader.  He brings his new standup comedy tour, John Mulaney: Kid Gorgeous to Montreal for one night only, Saturday, July 29, 7:00 pm and 9:30 pm at L’Olympia.

Chris D’Elia continues to cement his status as a comedic force of nature. From his role as Danny on NBC’s Undateable, to the countless sold-out shows he is a fan favourite.and his hilarious Youtube videos, Chris D’Elia is without a doubt one of the funniest men in the world. Performing this special concert show live Thursday, July 27 at 9:30 pm at L’Olympia.

You know Tom Segura from his Netflix specials Completely Normal and Mostly Stories, or from one of his many appearances on the biggest podcasts in comedy, including The Joe Rogan Experience and WTF with Marc Maron. We’re thrilled to announce he’s coming to Montreal with his No Teeth, No Entry Tour on Wednesday, July 26 at 7:00 pm at L’Olympia.

For information about the many, many Just For Laughs shows and ticket sales: www.hahaha.com