How do you put your mark on a family business without diminishing the role and expertise of your parents and siblings, while also making room for your wife, children and niece?

That was the challenge Philippe de Gaspé Beaubien III took on when he became president and CEO of his family foundation two years ago.

“When I took on that role, I told my parents about two things I wanted to change,” he said. “We never see what you’re doing and the projects are too elite.”

Those were gutsy words to say to his parents, who are icons in Quebec’s business, social and philanthropic scene. His father, Philippe de Gaspé Beaubien II, was operations director for Expo 67. Celebrating its 50th anniversary this year, the Montreal fair noted for its technical innovation, still holds the reputation as the most impressive world exhibition ever. Philippe II also founded Participaction and purchased and ran Telemedia Corp, which dominated the Quebec media landscape prior to its sale in 2005. Philippe III’s mother, Nan Bowles (Nan-b) de Gaspé Beaubien is a psychologist with her own reputation as a leader in training family foundations. 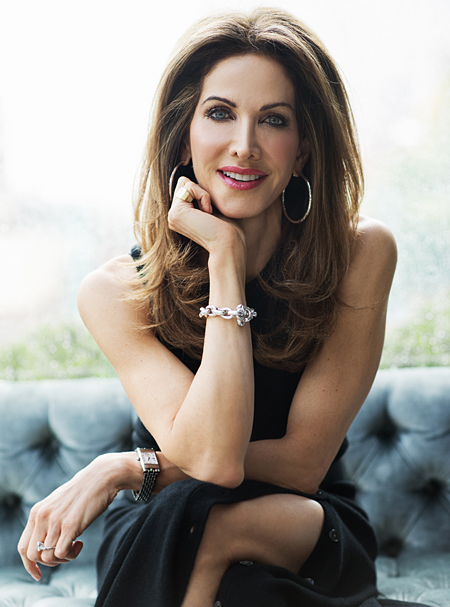 “The family is the oldest network of influence,” she writes on their website. “In business, it must overcome great challenges in order to succeed while maintaining harmonious relationships among members.”

Together, the couple founded the de Gaspé Beaubien Foundation, the Family Business Foundation and multiple other organizations.

Like his parents, Philippe III has an unbridled enthusiasm for the capacity of Quebec to shine on the international stage.

“Quebec is an unbelievable hidden gem,” he says. “People don’t realize what we have here. I want to make it the new Israel of North America.”

His enthusiasm has been born out recently. His private equity firm is among the backers of PUR, a Quebec-produced vodka the SAQ initially refused to stock; that subsequently won gold at the 2011 International Wine & Spirits Competition in London, and has since been voted best in the world another four times.

He’s also invested in biotech companies, such as Biomod Concepts. His wife Nannette sits on their board as Executive Chair and is fascinated with their work, particularly a technology that enables moisturizer to be imbedded in the skin and accessed when needed. Last year, she created a company under her own name to market the technology in dry face and body masks. Her first product launched at Selfridges in the UK last year, and has since entirely disrupted the cosmetics industry. Subsequent launches in France, the United States and Canada were enthusiastically received. Cosmetics Design appointed her its Woman of the Year for the Americas last month.

“We launched on May 12 and the company became profitable before Christmas,” said Nannette de Gaspé Beaubien. “We were prepared to take it as a lost leader. I let go of my fears and wasn’t attached to the outcome.”

Both de Gaspé Beaubien’s are in their fifties (he’s 57, she 54) and say that they have another 15 strong years to really make their mark. They say now is the time to take risks to help bring Quebec expertise to the world.

“We’re interested in revolution,” said Philippe III. “In the next hundred years, humans are going to learn more than we’ve learned in the last 12,000 years. Solutions to all our problems are in front of us if we look carefully.”

The grandchildren have also helped changed the direction of the foundation in the past few years. Their interest has been water and, together with their grandparents, they’ve launched hackathons to look for solutions to improving the quality of the Ottawa and Saint Lawrence rivers.

“My dad is going to be 90 years old and he got up on stage at the We Day with my youngest son,” said Philippe III. “We’re expanding our interest to the Great Lakes. We’ll start with Lake Erie and move from there.” 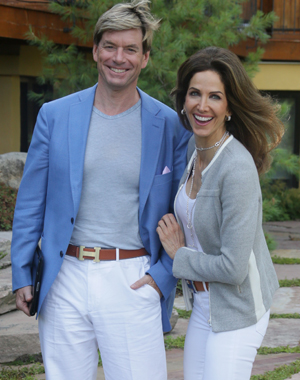 Philippe III and Nannette have adopted a successful business and philanthropy model based on a three-e statement: Entrepreneurship, Education and Environment.
Photos: Louis Asbed

Combining the work of his parents, his wife, his two sons plus his brother, sister and niece has been invigorating says de Gaspé Beaubien III. Together, they have slightly revised the mission of the Foundation to capture everyone’s projects via a catchy three-e statement: Entrepreneurship, Education and Environment.

Their goal goes beyond getting international attention for Quebec. They also want to improve the world’s technological prowess and they’re using their relationships with 100 international family foundations to do so.

“We’re interested in revolution; eventually, I want every president
of every company to adopt a young entrepreneur.”
… Philippe de Gaspé Beaubien III

“Eventually, I want every president of every company to adopt a young entrepreneur,” said de Gaspé Beaubien III. “Over the next 20 years, we can ensure that our brightest business people succeed.”

The power couple are convinced that Montreal is the place to make sure that innovations in the new technology the world needs now really happen. They say that its European mentality in North America, combined with a safe location and an educated workforce, make Quebec a global powerhouse. They, and their entire family, are committed to making Montreal the hub of international technology.