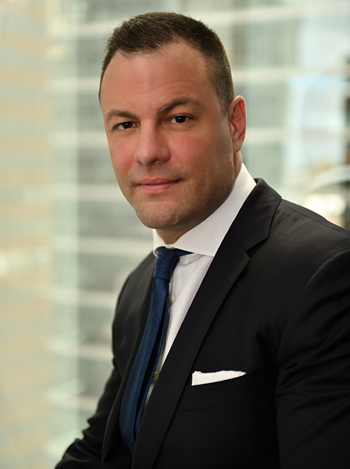 Joé Rullier started purchasing rental
properties while still playing for the
L.A. Kings in the NHL

Joé Rullier grew up in Montreal’s east end community of Hochelaga-Maisonneuve, where he played baseball and hockey as a youngster. Although he was a better ball player, his buddy Mike Ribeiro encouraged Joe to stick with hockey. “In a way – I fell into hockey because of my friendship with Mike Ribeiro.” Hockey is expensive, and there were times when the Rullier family finances couldn’t include new equipment for Joe. “I’ll never forget the expression of disappointment on my father’s face when he couldn’t afford to buy me a new stick… I vowed that I never wanted to be in that situation.”

Joé would go on to realize his dream of playing in the NHL, but he always had an eye on his future and desire for financial independence. While his teammates were purchasing expensive cars and maintaining an expensive lifestyle, Joé was already building a real estate portfolio by purchasing rental properties. “I owned 150 ‘doors’ while I was still playing.”

At 6’ 3” Joé’s size and ability on the ice attracted the attention of hockey scouts, and at 15 he was drafted to play for a QMJHL team in Rimouski. “I remember how upset my Mom was when she put me on the bus – perhaps she had a better idea of how much my life was going to change. I was living with another family as a billet, and while they were really good with me – it wasn’t my own family.” 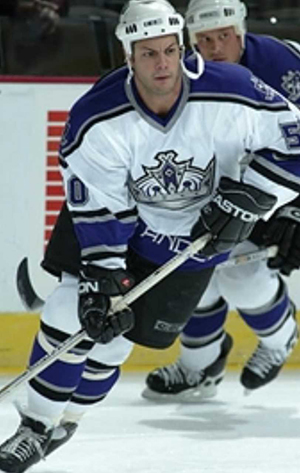 Joé played for Team Canada in The World Juniors, and was drafted by the Los Angeles Kings when he was just 17. “It was very different in Los Angeles compared to Rimouski!” He played for five years in L.A. as part of his 15 year career in the NHL and European leagues.

He suffered a bad concussion while playing for Vancouver and was off for 3 – 4 months. Three years later, after sustaining a serious knee injury in his early 30s, Joé decided that it was time leave hockey and begin the next phase of his professional life.

Perhaps taking a page from his hockey career, Joé decided to seek out a business coach. “A friend suggested a coach in Chicago, and I went to visit him. It’s expensive, but the results are worth the investment. We have weekly telephone meetings to review my progress against the goals we’ve established. I’m highly motivated – but this coaching program helps me to maintain the positive pressure on myself.”

Joé brings some of his hockey ‘enforcer’ personality to negotiations. “I took a course in negotiating from a former FBI agent who specialized in hostage negotiations. Just like I used to look out for my team mates – I look after my clients and treat their money like it’s my own. When I negotiate with another agent, I never ‘split the difference’. That’s the easy way out for an agent, but not in the best interests of the client. We keep at it until we have an agreed price.” 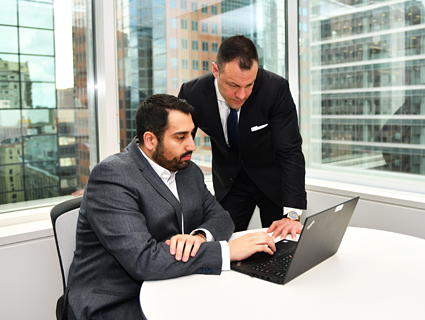 Joé now has his own team of real estate professionals in his Montreal office of Cushman & Wakefield. “We can handle everything from arranging private loans, traditional financing, bridge financing and even building management.”

Just before last Christmas, Joé received a mandate to sell a building in Old Montreal. “That transaction broke a record – we concluded the $28,000,000 sale in 3 days! It had to be done before the end of the year, and we concluded the deal on December 23rd. You can only do that when you have earned the confidence of both the buyer and the seller.”

Joé Rullier’s determination and mental toughness enabled him to comeback from serious injuries and other career setbacks so that he was able to realize his dream of playing professional hockey. While he may not have been a household name like Wayne Gretzky or Sidney Crosby, he was one of only 600-plus players who earn a position in the NHL – an immense accomplishment. He’s now applying those same attributes to his ever-growing commercial real estate business.