Stranger Than Kindness: The Nick Cave Exhibition is an unprecedented look into the creative world of musician, storyteller and cultural icon Nick Cave. With more than 300 objects collected or created by Nick Cave through six decades of his creative and private life brought together in large-scale installations, the exhibition is an artwork in itself. Created for The Black Diamond of The Royal Danish Library in Copenhagen, and with Cave as a co-curator and co-designer, the exhibition is an unorthodox fusion of biography, autobiography and fiction, asking what shapes our lives and makes us who we are.

Nick Cave’s body of work encompasses a wide range of media and modes of expression, with narrative forms at its heart. Stranger Than Kindness: The Nick Cave Exhibition invites visitors to follow Cave’s development as an artist – and to gain insight into the overarching themes of his work, his working methods and the many sources of  inspiration  underpinning it all. Behind each work is an equally fascinating artistic process not originally intended for public view; the exhibition opens up the innermost parts of Cave’s creative universe and offers a story of its own. 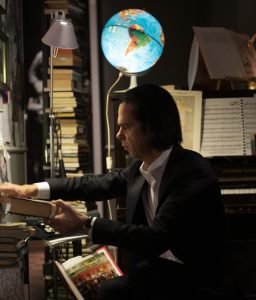 Stranger Than Kindness covers the journey from Cave’s childhood in 1960s Wangaratta, Australia, through the chaotic years with his first bands, The Boys Next Door and The Birthday Party, and his relocation to Berlin and then London. Central is the ever-evolving collaboration in Nick Cave & The Bad Seeds, from the band’s inception in Cave’s most obsessive period in Berlin, up to their latest release Ghosteen (2019), widely acknowledged as their best work ever. The exhibition reveals how Nick Cave’s life, music, archives and fictions continue to intertwine, inform and inspire each other.

Stranger Than Kindness vibrates between the voice of the curators and the voice of the artist. Cave working closely with the curators has resulted in an original take on the biographical exhibition, allowing a new experience with the material, the objects, and the life and stories of Nick Cave. A merge of biography, autobiography and fiction placed in a spatial narrative – and an invitation into an artist’s mythical universe of creation.

Together with his long-time musical collaborator, Warren Ellis, Cave has also composed and recorded an 800 square meter (approx 8,600 square feet) soundscape that both supports and contrasts the physical narrative across the eight rooms of the exhibition.

Nick Cave has been performing music for more than forty years and is best known as the songwriter and lead singer of Nick Cave & The Bad Seeds, whose latest album Ghosteen was widely received as their best work ever. Cave’s body of work also covers a wider range of media and modes of expression including film score composition, ceramic sculpture and writing of novels. Over the last few years his Red Hand Files website and ‘Conversations with’ live events have seen Cave exploring deeper and more direct relationships with his fans.

Nick Cave has a huge global fan base and is admired by many artists from the musical and art milieus. Since the 80’s, he has performed many shows in Montreal with his band, The Bad Seeds, playing some of the city’s best and most iconic venues and festivals, including the defunct Spectrum, L’Olympia theatre, Église Saint-Jean Baptiste as part of the POP Montreal Festival, and at Parc Jean-Drapeau during the Osheaga Festival. 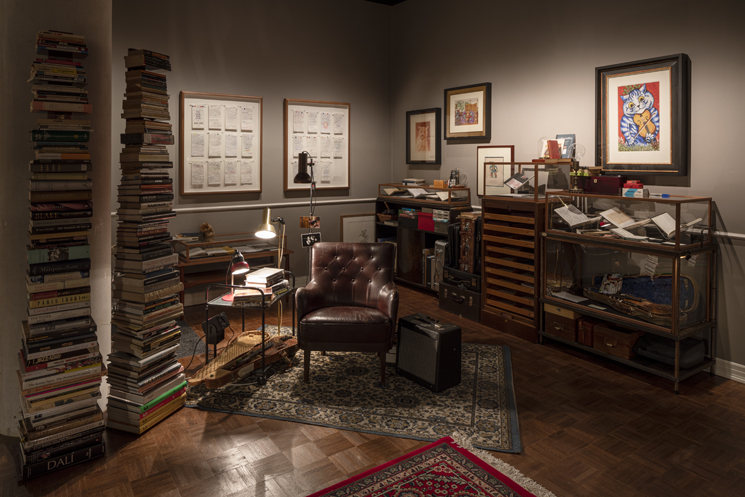