“You know what’s interesting to me about the south? It’s actually more integrated than any other northern city I lived in”. Singer/songwriter Allison Russell was explaining to me for reasoning as to why a Black woman herself, who suffered such horrific racial discrimination and abuse growing up as a child in Montreal, would choose America’s deep-south to call her new home.

“Nashville’s a pretty interesting town because you’re right, there’s plenty of bigotry here as there is everywhere. The work is being done here. I feel very, very committed to being part of the anti-bigotry work we’ve been called upon to do. On the (music) industry side of things, you could rightly say there’s not enough representation but how does that change unless we change it?” 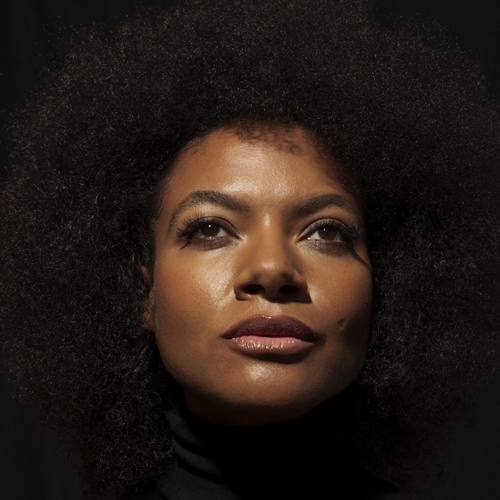 Allison Russell is a survivor who is now enjoying critical acclaim for her music from Rolling Stone magazine and The New York TimesPhoto: Marc Baptiste

She quotes the title of Alice Walker’s 2006 book We Are The Ones We Have Been Waiting For as a slogan of bringing about change south of the Mason/Dixon line.

The incredibly talented and beautiful Montreal born Russell was sitting down with me to talk about her life and her new solo album Outside Child, out now on Fantasy Records, home to superstars like; Tedeschi Trucks Band, Valerie June and at one time legendary comedian Lenny Bruce, Dave Brubeck and Creedence Clearwater Revival. I say she talked about the album and her life because the two are intertwined. Her very candid and descriptive songs on the album have everyone from Rolling Stone Magazine to The New York Times singing her praises.

Outside Child tells Russell’s story of being born in Montreal to a Black father from Grenada and a white mother of Scottish descent. Russell’s young mother was thrown out of her parent’s home due to being impregnated by a Black man. Her mother ended up in a shelter for unwed mothers.

Russell’s birth, according to the singer, triggered a psychotic out-break in her mother’s life, leaving her with an undiagnosed condition of schizophrenia for many years. She goes on to add that the social stigma surrounding mental health, prevented her mother from getting the help that she needed. “That impacted our relationship.”

“She was in full-blown psychosis and post-partum depression by the time I was born. It didn’t go well and I ended up being taken away under child protective services and placed in a foster-home. I was there for not quite 4 years. While I was there, she (her mother) was sort of groomed by and married a very abusive, white ex-pat American who had been raised in a sundown town in Indiana. He was born in 1936. He was much older than my mother. He brought a whole set of prejudices with him and dysfunctions. When I went back to live with them (from foster care) it was the beginning of a decade of very serious abuse.”

Russell’s step-father would sexually, physically and mentally abuse her for years. She added; “I think he thought he bought me, honestly. I think I was the first child he crossed that line with and I think in his mind he was able to do that because I wasn’t fully human. He came from a town that says if you’re Black, you can’t stay overnight. He came from a family that considers people like me three fifths human.”

After years of abuse, Russell would run away. “There were times in the summer time that I slept in a graveyard. There were times I would just stay up all night in 24 hour cafes. There was one in particular, I don’t even know if it’s still there, Le Croissant Royale? It was on Saint-Laurent at the edge of the McGill ghetto where the McGill ghetto meets the Plateau.” There used to always be these chess tournaments, basically going late into the night there. I would go and play chess with the old men and with the McGill poli-sci students. I would stay up all night and go to my school in the morning which was a short walk away. I would fall asleep in the student lounge for an hour before class and then go to class and pretend everything was ok.” 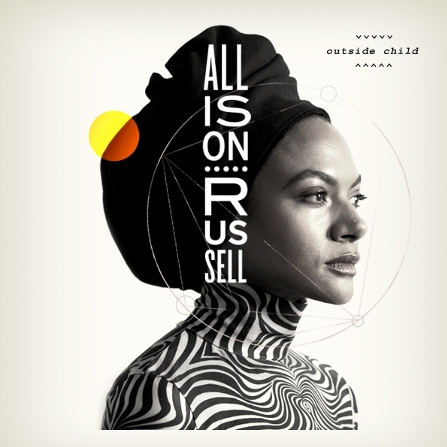 Recorded in Nashville, Allison Russell’s new album Outside Child has been released by Fantasy Records

The school in question Russell was referring M.I.N.D. performance High School in downtown Montreal where she met a group of artsy students like herself that she describes as “misfits”.

“The people that I met there are some folks that are (still) my friends ‘til this day. I met my first love there. I just started to meet people who were not abusive, who accepted me how I was and gave me shelter when I needed it.

At 17, she left Montreal when her stepfather began stalking her and harassing her. She says she “ran as far as she could” and ended up in Vancouver. Through an aunt who was a songwriter in Van City, she got the opportunity to sing backup on one of her aunt’s album. She began getting recording dates and live gigs. One of those gigs was singing The National Anthem in English and French at an NDP convention.

She joined her first band called Po Girl, who were an Americana folk group, who released their 1st album in 2003. During this time, she lived in a large house with a community of musicians who lived a creative existence together and collaborated with one another. It was during this time that Russell realized that she could earn a living through music. She later joined more groups like Our Native Daughters and Birds Of Chicago with her current life partner JT Nero.

Along with the success of her current solo work, Russell had the opportunity the reconnect with her father’s side of the family in the last decade. She shared; “I met my biological father as an adult and that’s been a really healing and beautiful journey to get to know my Black family. I have two siblings on that side and a really wonderful stepmother. That’s been just really healing to have a loving Black mother figure in my life for ten years or so.”

She’s also had the opportunity to retrace her family’s roots to West Africa and her family’s sojourn through the Trans-Atlantic slave-trade. Connecting to her African roots was extremely important for Russell to feel whole. She points to a family matriarch several generations back named Kasheeba, who survived the middle passage on route aboard a slave ship to Grenada. “She’s my many times great-grandmother. I’m only here by the grace of her almost super-human strength and resilience to survive what she did. My daughter is only here because of her. So that kind of kicked these floodgates open and the songs for Outside Child started coming through. I realized that it was a story that I needed to write about and tell because these cycles of violence and abuse and bigotry are perpetuated in silence. We have to be able to face it and talk about it and sing about it. I’m a mom now so I need to be a part of changing it”!

Allison Russell’s album Outside Child is out now on Fantasy Records.
www.allisonrussellmusic.com