After enjoying the tremendous success of Aida in 1871, Verdi was reluctant to write again and went into semi-retirement. Recognizing that Verdi was an immensely talented composer and also a lucrative source of royalties, his Milan publisher Giulio Ricordi took ten years to persuade him to write anything. The next step was to encourage the revision of Verdi’s 1857 Simon Boccanegra by introducing Boito as librettist, and finally to begin the arduous process of persuading and cajoling Verdi to see Boito’s completed libretto for Otello in the summer 1881. 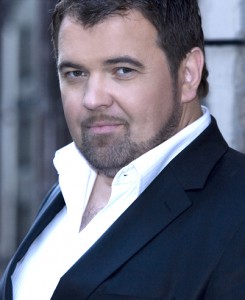 Kristian Benedikt takes on the role of Otello

However, the process of writing the first drafts of the libretto and the years of their revision meant that it wasn’t until 1884; five years after the first drafts of the libretto; that Verdi finally started to compose the music. When it finally premiered in Milan on February 5, 1887, Otello proved to be a resounding success, and is considered to be Verdi’s finest opera.

L’Opéra de Montreal will present Verdi’s interpretation of the complicated plot twists and turns of Shakespeare’s Othello, beginning on January 30 for four performances in Salle Wilfrid Pelletier, including February, 2, 4 and 6.

Kristian Benedikt takes on the role of Otello. He began his career at the National Opera of Vilnius in Lithuania, where he sang more than twenty roles. Recently, he made his successful debut at the Bayerische Staatsoper as Otello—a role he has also sung in Modena, Piacenza, Cagliari, Ekaterinburg, Vilnius, Santiago, and Basel. In May 2014, he made a remarkable debut performing Samson et Dalila at the Mariinsky Theatre. Other recent engagements include the title roles in Ernani and Lohengrin, as well as the roles of Eleazar (La Juive), Radames (Aida), Don José (Carmen), and Manrico (Il trovatore). 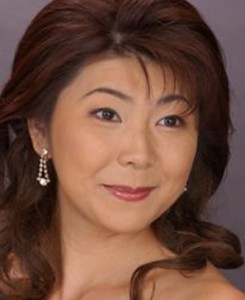 Soprano Hiromi Omura has become a favourite with Montreal audiences for her moving portrayals of Leonora (Il trovatore), Amelia (Simon Boccanegra), and Cio-Cio-San in Madama Butterfly. She has also performed the latter role elsewhere around the world. Her other roles of note include Norma (Norma) in Lausanne and Toulon, Desdemona (Otello) in Nancy and Toulon, and the Countess (Le nozze di Figaro) in Nancy and Toyama (Japan).