Agatha Christie, “The Queen of Crime,” wrote 66 mysteries, 6 novels under the pen name Mary Westmacott, 150 short stories, 18 plays and 2 memoirs. Her work has been translated into over 100 languages and sold over 2 billion copies – a feat only exceeded by Shakespeare and the Bible.

The impact of Agatha Christie’s writing on twentieth century literature is undeniable. I voraciously read dozens of her books when I was a teenager. But why, you may ask, is an author’s world exclusive exhibition being held at Pointe-à-Callière, Montreal’s Museum of Archaeology and History? Is that really a good fit? Travel through the exhibit and you will find the answer – a resounding “Yes”. 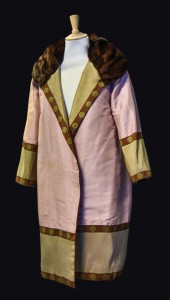 The exhibit begins with a “garden” of bottles, each labeled with one of Christie’s favoured poisons. Past the arsenic, thallium, and strychnine, we find photos from Agatha’s self-described happy childhood. It is here that we learn of her fondness for doll houses and dogs. These two themes will resurface later in life (and in this chronological exhibit).

Like most of us, I had only seen photos of Agatha Christie from her later years. So, much like her creation of Miss Marple, I considered Agatha Christie to be a perpetually elderly lady. In light of this, photos of her as a young lady, including one of her standing with a towering surfboard, are a happy surprise. In fact, Agatha was very active: skiing, roller skating, swimming, acting, singing, dancing and surfing.

During World War I, Agatha worked in a Red Cross Hospital in Torquay, England. It was here that she was trained in apothecary and pharmacology; learning all about poisons, including the symptoms each produces and where they can be found. She put this distinct proficiency to good use, using poisons to kill many of her literary victims.

The years after the war saw her become a mother and successful writer. In the early 1920’s, she and her husband traveled throughout the British Empire, to publicize the British Empire Exhibition of 1924. The trip even included a brief stop in Montreal. The second half of this roarin’ decade brought the death of Agatha’s dear mother and her husband’s request for a divorce. Turning to a new chapter in her life, she boarded the Orient Express and headed southeast towards a future of great finds. 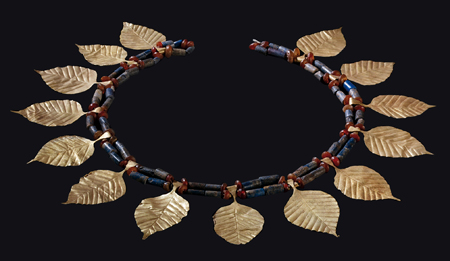 Dating to around 2500 BCE, this headdress—consisting of 14 gold leaves on a double row of lapis lazuli and cornelian beads—is one of the treasures found in the tombs of the Royal Cemetery of Ur.
Credit: The Trustees of the British Museum

Entering the Orient Express section of the exhibit, we are reminded of the classic elegance that train travel once heralded, at a time when the traveling experience was equal to the destination. Posters promoting train travel enticed guests with proclamations of London to Baghdad in 8 days! A dining car display features fine china tableware, authentic menus, and a wooden wall panel featuring glass decorated by René Lalique.

Agatha first boarded the fabled train in 1928; six years later she published Murder on the Orient Express. She made her way to Ur, Iraq, where eminent archaeologist Leonard Woolley was discovering artifacts that had been hidden from view for over 4 millennia. Her notoriety gained her access to the site and an invitation to return in 1930. 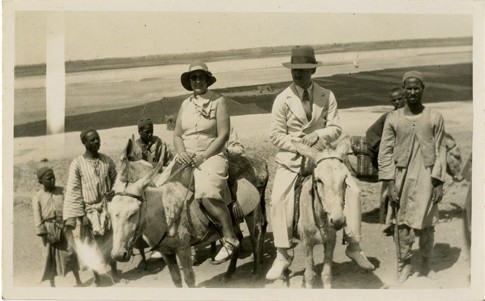 On her second visit to Ur, Agatha met the young archaeologist who would soon become her second husband, Max Mallowan. A few months each year, for the next 30 years, Agatha joined Max at archaeological digs throughout Iraq and Syria. The following rooms display artifacts from these incredible sites; on loan from the British Museum, the Royal Ontario Museum and other prestigious institutions. 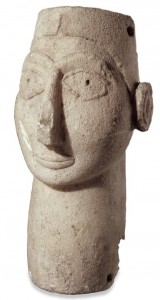 In Syria, Agatha took part in her husband’s discovery of the remains of the Palace of Naram-Sin and the Eye Temple.
Credit: The Trustees of the British Museum

From Max’s excavation of Tell Brak, in Syria, we see a truly unique set of finds. Multiple large-eyed alabaster and calcite idols, small enough to fit in the palm of your hand are on display. They unearthed thousands of these idols at this site, but none have ever been found anywhere else. Alongside these small Eye Temple artifacts is a large-eyed full featured head of a deity, dating back to at least 3000 B.C.

To each dig site, Agatha brought a typewriter to work on her books and a camera to catalogue the finds. Lining the walls are her photos of artifacts, excavations, and the 180-strong local work force.

At several audio feature locations in the museum you can hear from Agatha herself. My favourite is her reminiscing about her work cleaning the ivory artifacts at Nimrud, in Iraq. Removing dirt from the fine grooves etched in delicate ivory was a painstaking task and after trying numerous makeshift tools (including a dentist’s tool and thin knitting needle) Agatha discovered that her skin cream worked wonderfully. Then humorously laments that none was left for her face.

The displayed finds from Nimrud include a large limestone wall relief with an eagle-headed human body purifying a sacred tree. The artifacts and photos from Nimrud hold special and sorrowful significance since the site was destroyed by ISIS in the spring of 2015.

Opposite the eagle-headed wall relief is an informative video screen cleverly using colour and animation to explain the scene from a Mesopotamian storyboard-style relief. 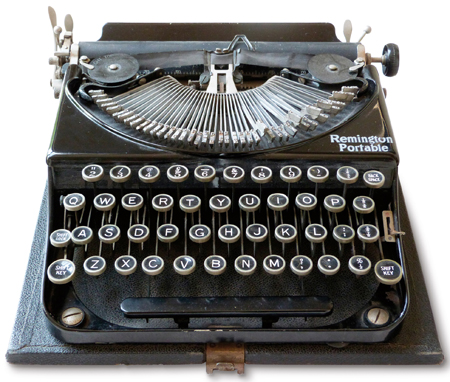 A 1937 Remington typewriter that Agatha Christie used for many years.
Credit: © The Christie Archive Trust

The exhibit brings us back to England, where we learn that Agatha’s childhood love of doll houses grew into a love of buying, renovating and redecorating their full size versions. Pictures and items from her grand Georgian-style Greenway house are on view: an evening gown, mink stole, Dictaphone, favourite chair, piano, tea set, and 1937 Remington typewriter.

Matthew Prichard, Agatha’s grandson, attended the exhibition’s launch and honestly states, “In her hands, a simple typewriter gave millions of people a love of reading, as they tried to solve the mysteries she concocted in her novels.”

The final section concludes by giving us peeks inside some of her hand-written note books, where she jotted down character names, ideas and dialogue.

Upon leaving the exhibit, don’t be at all surprised if you have the sudden urge to sit down and read a good mystery. But first you will have to choose: Poirot or Marple?

To learn more about Agatha Christie and find a list of all her books and plays visit: www.agathachristie.com

Located in Devon, Greenway House is run by the National Trust and can be visited. For more information visit: www.nationaltrust.org.uk/greenway 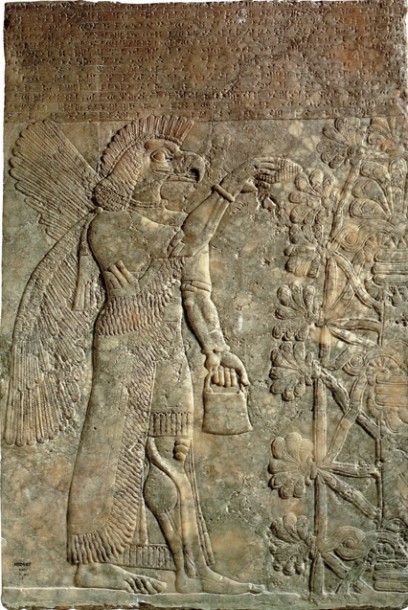 This wall-relief features an eagle-headed genie who is probably performing a
purification ritual. The tree, a date palm, may represent the fertility of the land protected by the genie.
Credit: The Trustees of the British Museum 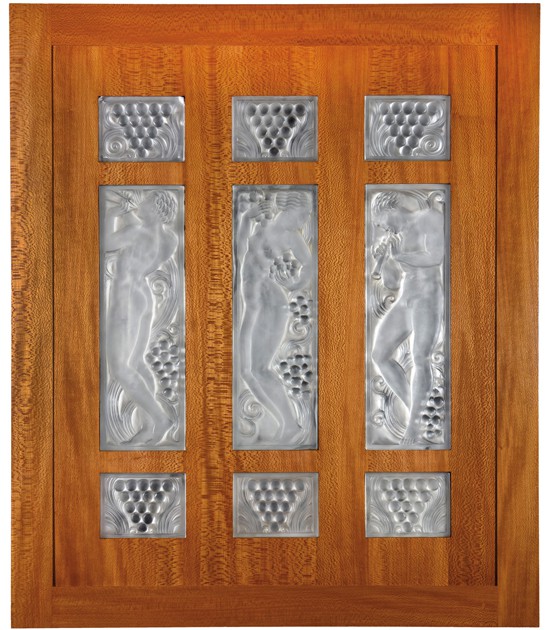 After having read an article about
archaeologist Leonard Woolley’s findings at Ur, in Iraq, Agatha Christie embarked on a voyage on board the Orient-Express to get there. The train, used by affluent travellers, featured superb panels by famed glass artist René Lalique. A reconstructed Orient-Express train car is
featured in the exhibition.
Credit: Michel Cozic Collection, Paris