Best known for his turn on Saturday Night Live, which included hilariously anchoring Weekend Update for three years, Norm MacDonald is one of Quebec’s greatest comic exports. He is of the highest comedy calibre, being named one of Comedy Central’s “100 Greatest Stand-Ups of All Time”, and having first appeared at the Just For Laughs Festival in 1987. He’s the newest judge on the upcoming season of NBC’s Last Comic Standing, and most recently, Norm was seen giving a hilarious, touching, and tearful goodbye to his dear friend David Letterman. Catch him July 26, 7pm, at Place des Arts. His amazing lineup includes Rhys Darby, Natasha Leggero, Brent Morin, Omid Djalili, J.B. Smoove, Rachel Feinstein, Darcy Michael and Sam Simmons. 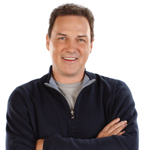 He’s one of the greats: Comedy Central named MacDonald #83 on the five part miniseries “100 Greatest Stand-ups of All Time”.
He’s quite a character: Norm Macdonald is perhaps best known for his five seasons as a cast member on Saturday Night Live.  For three years MacDonald anchored “Weekend Update”, SNL’s longest running recurring sketch. His unforgettable impressions of Bob Dole and Burt Reynolds solidified MacDonald as one of the show’s foremost stars in their 40 season-run.
He’s a Quebecer: Born in Quebec City, MacDonald will returns to his native province this summer for a JFL Gala that is not to be missed! 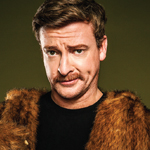 He’s on cool shows: Rhys Darby first gained attention in the United States as Murray in HBO’s ‘Flight of the Conchords’. This was not a new role for him, having first appeared in the same role on the BBC radio show of the same name. He has also written and starred in his own 8 part mockumentary comedy series for TVNZ and Netflix, Short Poppies.
He has served: An ex-soldier in the New Zealand Army and a veteran of twenty years as a stand-up comedian, Darby made his feature film debut in ‘Yes Man’. 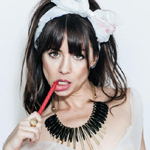 She’s on TV: Natasha Leggero is an actress and comedian who was a regular on E!’s Chelsea Lately. Recently lauded as the stand out roaster on the Comedy Central Roast of Justin Bieber. Other television credits include Community, It’s Always Sunny in Philadelphia, Arrested Development, Reno 911 and Drunk History.
She’s in movies: She has appeared in He’s Just Not That Into You and has parts in the upcoming films Dealing With Idiots and Claire’s Cambodia. 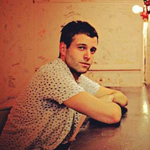 He’s on TV: Brent Morin can be seen on the hit NBC series UNDATEABLE which is now in its second season. He can also be seen this season on episodes of Brooklyn 99, The McCarthy’s and Ground Floor.
He’s in the top ten: Only a year after his New Faces set at Montreal, Brent was named one of “Variety’s Top Ten Comics To Watch”, and all this at only the age of 28! 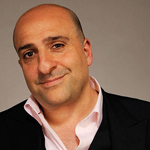 He’s a dreamer: Omid Djalili is a British Iranian actor/comedian who spends most of his time trying to keep his weight down by yoyo dieting and playing football in West London still hoping to get spotted by Brentford Football Club.
He’s no stranger to TV: He has appeared in several BBC programs including his own sketch show, The Omid Dajlili Show.
He’s a movie star: Omid has appeared in several major motion pictures as Pirates of the Carribean III, Notting Hill, The Mummy, and others. 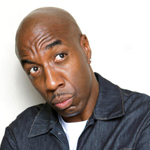 He’s a real character: JB’s breakout role as Leon on “Curb Your Enthusiasm” has firmly planted him as one of the best comedic actors today.
He’s got writing chops: After a season as a cast member on the sketch comedy program “Cedric the Entertainer Presents,” Smoove landed a writing position on NBC’s “Saturday Night Live.”  He later was a recipient of the 2007 Writers Guild award for “Best Comedy/Variety Series” for his work on the show.
He’s a TV star: Recently, he was seen as host of NBC’s “Last Comic Standing”. 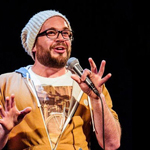 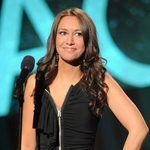 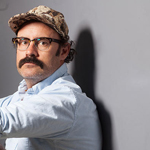