« Joy taken from the night »

The International First Peoples’ Festival 2021 has announced the elements of its program and proposes an exploration of risky areas, where the buried traces of  an immemorial past are not yet erased and where the artists boldly highlight, in the fog of the present, the paths of a luminous future. Healer and warrior, memory of the past and harbinger of new times, Native art stands proudly in the city.

● 5 memorable evenings on the Quebecor stage of the Place des Festivals, decked out in  the colors of the First Nations.
● More than 60 films in competition for the coveted Mattiusi awards.
● Exhibitions at the Guild, the Quai des brumes and on Ste-Catherine Street.

For the event, the Place des Festivals becomes a place of discovery, transformed by a scenography reminiscent of the First Peoples’ world view and inspired by contemporary Indigenous artists influenced by a rich artistic and spiritual heritage.

Samian wears the Algonquin language as a banner (concert / launch of his new album) on August  6th. Friendship, solidarity, cultural cooperation with Laura Niquay, QO52, and Anachnid will be on stage with Forestare and the Nouvel Ensemble Moderne on August 4th, followed by the duo Twin Flames on August 5th. These concerts will be held at 8:00 PM on the Place des Festivals.

Resistance and resilience, the work of memory and the updating of belonging, the cinema shows the strength of the links between the Aboriginal people and their territory. In A Febre, a longshoreman thinks about his lost country in Manaus; in Out of State, Polynesians incarcerated  in the United States rediscover their culture as a salvation while serving their sentence; in A ultima floresta, the Yanomamis defend the forest. In Anerka, as in Habitat, the native traditions of  Europe are maintained in unexpected ways. Humor in Rodrick Pocowatchit’s The Incredible NDN, transmission in Lisa Koperqualuk’s Ataatasiak, the symbolic journey of ancestral paths in Roxanne Whitebean’s Haudenosaunee Canoe Journey, are all ways of keeping identity alive. 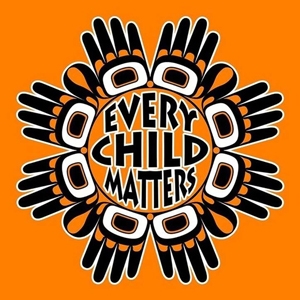 On Ste-Catherine Street, on giant panels, passers-by will be able to discover the illustrations that Eruoma Awashish has done for a book that looks at the UN Declaration on the Rights of Indigenous Peoples. The publication will be officially launched on August 9th, International Day of the World’s Indigenous Peoples. In addition, the artists who created L’enclos de Wabush, a play by Louis-Karl Sioui that was webcast in June, will participate in a screening followed by a meeting with the public.