A Look at Haida Culture at the McCord Museum

The McCord Museum invites everyone to visit the archipelago of Haida Gwaii on Canada’s northwest coast. With more than 100 rare objects—most of them from the Museum’s rich Indigenous Cultures collection—as well as works by contemporary artists, the exhibition immerses visitors in the Haida culture of yesterday and today, as they discover the beauty and priceless treasures of a culture that was almost wiped out in the late 19th century. 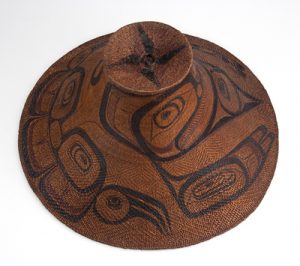 In addition to magnificent objects originally collected by adopted Montrealer George Mercer Dawson before they were incorporated into the McCord Museum’s collection, the exhibition showcases works by contemporary Haida artists, selected by guest curator Kwiaahwah Jones. Various aspects of Haida culture are highlighted, including its artistic vocabulary, the potlatch and spirituality, always in parallel with supernatural stories that inhabit and animate the artefacts.

“Descended from supernatural beings that emerged from the ocean, our people have occupied Haida Gwaii since time immemorial, surviving many challenges over the millennia. Today, we continue to work hard to build up our culture and our art, to preserve our endangered language and to heal from intergenerational trauma, all the while protecting and respecting the natural and supernatural worlds. The survival of the Haida is a story to be told, retold and celebrated,” said Kwiaahwah Jones, Haida guest curator of the exhibition. 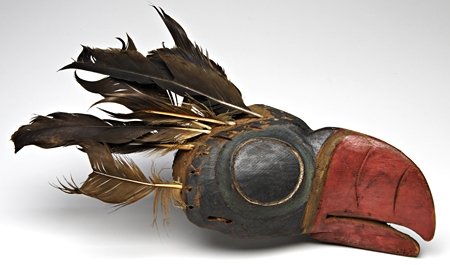 The objects in Sding K’awXangs—Haida: Supernatural Stories are a testament to the know-how of the Haida culture, from the late 18th century to today. Most of them were collected in 1878 by adopted Montrealer, geologist and early anthropologist George Mercer Dawson on one of his trips through Haida Gwaii. The eldest son of Sir John William Dawson, principal of McGill University from 1855 to 1893, George Mercer Dawson was the source of most of the Haida objects now in the McCord Museum’s Indigenous Cultures collection. When his work took him to Haida Gwaii, Dawson was struck with admiration for the Haida people and their culture, which sparked his lifelong desire to preserve it. 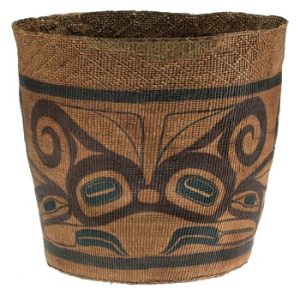 “It’s a privilege for the McCord Museum to be the custodian of this exceptional collection of Haida artefacts,” said McCord Museum President and Chief Executive Officer Suzanne Sauvage. “Hosting an exhibition like Sding K’awXangs—Haida: Supernatural Stories is part of our core mission. As Montreal’s museum of social history, we help raise the profile of the various cultures that have shaped our history and we take an active part in recognition and reconciliation efforts by enabling Indigenous peoples to speak for themselves through our exhibitions and other activities.”

Haida history told by guest curator Kwiaahwah Jones
Kwiaahwah Jones, born in Haida Gwaii, is a major figure in the movement to heighten the visibility of contemporary Haida art and this unique culture. As guest curator, she has worked closely with Indigenous Cultures curator Guislaine Lemay to convey her point of view on Haida culture and her unique historical knowledge of the Haida objects in the McCord Museum’s collection.