This year, MICHAEL FASSBENDER (as The Dude) and PATTON OSWALT (as Walter Sobchak)  will join Reitman for a live read of the BIG LEBOWSKI. 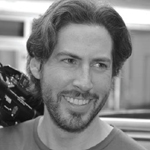 He’s got a great track record: Reitman made his feature film debut with the 2006 hit Thank You For Smoking. He next directed Juno in 2007 for which he earned his first Oscar nomination, followed by Up in the Air in 2009, which was recognized with six Academy Award® nominations and earned Reitman a Golden Globe® and the WGA Award for Best Screenplay.
He knows literature: In 2014, Jason adapted the novel from author Chad Kultgen, Men, Women and Children, and released the film later that year.
He’s got stuff in the works: He is currently directing and producing a series for Hulu titled Casual, that will air later this year. 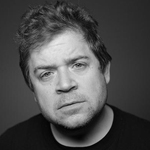 He’s established: As a comedian, Patton is currently promoting his fifth television special, Tragedy Plus Comedy Equals Time, to add to his four critically acclaimed albums, including Finest Hour (2012) which received a Grammy nomination for “Best Comedy Album,” as well as a Showtime one-hour special of the same name.
People listen to him: Patton provided the voice for ‘Remy’, the rat, in Pixar’s Oscar winning Ratatouille. He has also voiced characters on The Simpsons, Bob’s Burgers, Word Girl and Neighbors from Hell.
He’s a TV star: Patton played ‘Spence’ on The King of Queens on CBS for nine seasons, as well as appearing on Seinfeld, Reaper, Aqua Teen Hunger Force and Tim and Eric’s Awesome Show, Great Job! He was a series regular on Showtime’s United States of Tara, appeared as a guest star The Sarah Silverman Program on Comedy Central.
He’s a bestselling author: Patton’s first published book Zombie Spaceship Wasteland was released in January 2011 and is a New York Times Best Seller. He recently released his memoir Silver Screen Fiend: Learning About Life from an Addiction to Film in January of this year. 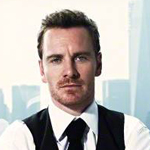