Having played to capacity crowds the last time it was presented at the company, Lakmé returns to kick off the Opéra de Montréal’s 34th season. This work of the French repertoire; a divine yet fatal tale – is on its way to taking back its rightful place as a pillar of French opera, alongside Carmen, Manon, and Faust. Famous for its spectacular Bell Song and for the very well-known Flower Duet, Lakmé features a prestigious cast that brings together local and international singers.

In the title role, the spectacular soprano Audrey Luna will make her Montreal debut. She became known for her acclaimed portrayal of Ariel in the opera The Tempest by Thomas Adès at the Metropolitan Opera and the Festival Opéra in Quebec City. Alongside her, in the role of the English officer Gerald, is Canadian tenor John Tessier, known locally for his magnificent Tamino in The Magic Flute in 2009. Turkish bass Burak Bilgili, who has appeared in Simon Boccanegra at the Opéra de Montréal (2010), will portray Nilakantha, Lakmé’s father, a Brahmin priest and sworn enemy of the English colonizers. Young Quebec baritone Dominique Côté, first heard in Die Fledermaus last season, sings Frederic, another English officer and Gerald’s loyal friend. 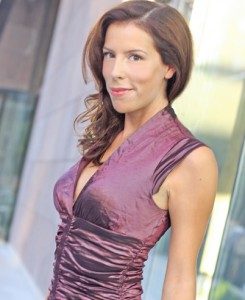 This story of forbidden love, takes place in 19th Century colonial India. Lakmé falls in love with English officer Gerald. He wavers between his sense of duty and love; she is torn between her lover and her father, a religious fanatic. Only poison can break the impasse…

The plot rests on the opposition between two worlds: East and West. On one side is the exotic and religious India. On the other is the rationalist and imperialist England. Delibes’ imaginative orchestra encompasses all of these confrontations, and is in turn powerful and seductive.

Lakmé, a formidable virtuoso role, has been immortalized by the famous Bell Song Où va la jeune hindoue and the duet Dôme épais, heard in many commercials. But the highly inspired score holds other treasures: Gerald’s incredibly captivating aria, Fantaisie aux divins mensonges, has enticed many a major tenor. The lovers give us two blazingly passionate duets: C’est le dieu de la jeunesse and Ah, c’est l’amour endormi. Even the fierce Nilakantha has a moment of tenderness in the aria Lakmé, ton doux regard se voile, in which he sings of his paternal love, while the very present chorus whispers and explodes in turn.

Through its colours, its melodic inventiveness, and the suppleness of its vocal writing, Lakmé fascinates and moves us, an eternal story of forbidden passion that blends love and religion, featuring a heroine who is both delicate and unshakeable, a fragile and fatal woman, a little sister to Carmen and Manon.