Rough Side Out Tour

Alan Doyle is a Canadian singer, songwriter, and actor who rose to fame as the frontman for the Newfoundland folk-rock band Great Big Sea. During the late ’90s to the mid-2000s, the band’s energetic fusion of traditional Celtic fare and sea shanties earned them international success.

Alan Doyle was born and raised in Petty Harbour, Newfoundland. He attended Memorial University of Newfoundland in St. John’s, where he received a Bachelor of Arts degree in English. It is also there that he met Séan McCann, Bob Hallett and Darrell Power with whom he formed Great Big Sea. 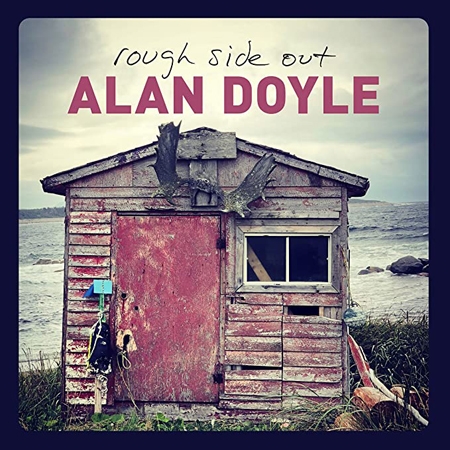 In 2012, Doyle released his first solo album, Boy on Bridge. The first single from the album is “I’ve Seen a Little” and the album features collaborations with Canadian musicians Hawksley Workman, Jim Cuddy, Ron Hynes, and actor-musician Russell Crowe, among others. In 2014, Doyle released a book entitled Where I Belong, about his youth growing up in Newfoundland and Labrador. Doyle’s second solo album, entitled So Let’s Go, was released January 20, 2015.

In 2017, he was named a Member of the Order of Canada, with the citation “For his contributions to the musical traditions of his home province and for his commitment to numerous local charitable initiatives. “Doyle’s third solo album A Week at the Warehouse, was released on October 13, 2017. His second book titled A Newfoundlander in Canada: Always Going Somewhere, Always Coming Home, was released the same year.

Doyle began his Rough Side Out Tour in  Moncton, New Brunswick on November 9th.

Catch this great Canadian entertainer at L’Olympia on Thursday, November 18, 2021.
To purchase your tickets visit: www.evenko.ca