Just for Laughs Live in LA

Just For Laughs is live in Los Angeles with host Sabrina Jalees, Canadian comedian, actor, producer, and story editor. Jalees starred in CBS’ Carol’s Second Act, and is a writer and consulting producer on Netflix’s Big Mouth and upcoming spin-off, Human Resources. Jalees hosts this series, alongside an all-star lineup of festival favourites, featuring Maz Jobrani, Gina Yashere, Alonzo Bodden, Jeremy Hotz, Liza Treyger, and Rachel Feinstein! This show will be performed in front of a live audience in L.A. and then aired for free at hahaha.com.

The quintessential comic’s comic takes you off the beaten path of mainstream comedy and into the chaotic wilderness. Hosted by Andy Kindler, who currently recurs on Fox’s Bob’s Burgers and Comedy Central’s Tosh.O, this year’s special LA edition will also feature Patton Oswalt, Maria Bamford, Brian Posehn, Laurie Kilmartin, Solomon Georgio, Carl Tart, and Drew Tarver!  This show will be performed in front of a live audience in L.A. and then aired for free at hahaha.com.

This year, Variety is returning to showcase their annual “10 Comics to Watch” in the festival’s hybrid format, released for on-demand viewing pleasure for audiences across the world. Catch the best and brightest comics during this very special panel! 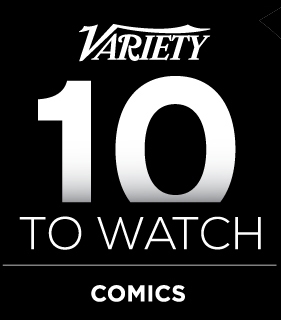 “The Variety 10 Comics to Watch has been a festival staple for so many years, and we are thrilled to be able to continue on the tradition of showcasing some of comedy’s most notable rising stars. After an unbelievably challenging 15 months, it’s amazing to see the ingenuity these rising comedy stars have, and commend their work ethic and tenacity during the hardest of times,” says Paul Ronca, Senior Director of Creative Development, Just For Laughs.

Variety launched the 10 Comics to Watch list in 2000 with names such as Zach Galifianakis and Patton Oswalt. Over the years, other honorees have included Tiffany Haddish, Amy Schumer and Kumail Nanjiani.

The list is made up of stand-up comedians, writers and content creators and selected by a panel that includes Variety editors and critics with feedback from those in the comedy community that scout, book, cast and represent comics.

“In the past year and a half, the world has learned that not only is laughter the best medicine, it may also be as essential as oxygen. Variety’s 10 Comics to Watch all provide what we’ve learned is essential to life on earth: original perspectives that bring light and lift our spirits,” says Steven Gaydos, Senior VP Global Content/Executive Editor at Variety.

The 10 Comics selected this year are:

Mo Amer – Known for his 2018 Netflix special “Mo Amer: The Vagabond,” Amer also appears in the Hulu comedy “Ramy” and will next be seen alongside Dwayne Johnson in “Black Adam” for New Line and DC.

Quinta Brunson – Known for her work on the first season of HBO’s “A Black Lady Sketch Show,” Brunson just released her book, “She Memes Well” and is the creator and star of the upcoming ABC series “Abbott Elementary.”

Ayo Edebiri – Edebiri lends her voice to the character of Missy on the Netflix series “Big Mouth” and will next be seen in the FX comedy series “The Bear” with Jeremy Allen White and Abby Elliott.

Hannah Einbinder –The comedian stars opposite Jean Smart in the acclaimed HBO Max series “Hacks,” which has already been picked up for a second season. She has opened for the likes of Chelsea Handler and Reggie Watts and recently made television debut performing stand-up on “The Late Show with Stephen Colbert.”

Chelcie Lynn – Known for her sketches featuring her alter ego “Trailer Trash Tammy,” Lynn hasbeen seen in “Tangerine” and “Coach Von Pidgeon.” She has an upcoming prank series and is currently touring with “The Tammy Tour: One Trailer Park At a Time.”

Natalie Palamides – Her Netflix special “Nate – A One Man Show” premiered in 2020 and the writer/comedian can currently be heard on Fox’s “Duncanville” and SyFy’s “Wild Life.”

Matt Rogers – A series regular on Showtime’s “I Love This For You,” Rogers hosts HBO Max’s “Haute Dog” and co-hosts the podcast “Las Culturistas” with Bowen Yang.

Benito Skinner – The writer/performer has amassed a large following on social media for his skits and characters and was seen in the recent season of HBO Max’s “Search Party.” His recent “The Overcompensating Tour” sold out internationally and he hosts the Spotify podcast “Obsessed.”

Kountry Wayne – a.k.a. Wayne Colley, the comedian has gained a loyal following on social media for his sketches and is in the process of developing a scripted series based on them with Lil Rey Howery onboard as producer.