The musicians of Pentaèdre perform one after the other sonatas for flute, oboe, clarinet, and bassoon as well as a concert piece for horn by Saint-Saëns—true gems of the Romantic repertoire for wind instruments. To top off the program, Poulenc’s Sextet, brimming with youthful vigour and lyrical melodies, transports us back to the world of Paris in the 1930s.

A unique ensemble in Quebec’s musical landscape, Pentaèdre explores and introduces the public to a varied and original chamber music repertoire from the great tradition of music for winds. Pentaèdre is currently made up of five talented performers whose technique and precision are unanimously acclaimed.

In 2017, pursuing its commitment to developing and disseminating repertoire for wind quintet, Pentaèdre instituted the Fonds Normand Forget, whose mission is to support the creation of new works, both locally and internationally. 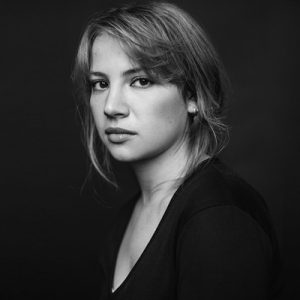 Lysandre Ménard completed her Master of Music degree in Piano Accompaniment with Ian Brown at the London Royal Academy of Music. She is also a graduate of the Montreal Conservatory of Music where she studied with pianists André Laplante and Richard Raymond.

Lysandre won several prizes, including the Second Prize of the Thousand Island International Music Competition for Young Pianists (New York) as well as the Second Prize at the Julia Crane International Piano Competition in Potsdam (New-York). She performed the Rachmaninoff’s Second Concerto with several orchestras in Canada. She also made her Carnegie Hall debut in 2011, when she was part of the annual Adamant Music Festival concert in Weill Recital Hall.  She also performed in numerous European countries such as France, Spain, Austria and Germany.

In 2016, the Montreal Metropolitan Orchestra nominated her as their new Youth Ambassador, whose mission is to raise awareness of classical music among young people.

Presented as part of the Festival Palazzetto Bru Zane Montréal