“It is with deep feeling and great pride that I welcome the decision by the OSM’s Board of Directors to appoint me Conductor Emeritus of this great Orchestra. I am deeply moved by this decision. I wish to thank Lucien Bouchard, Madeleine Careau, all other members of the Board of Directors, as well as all my brilliant OSM colleagues for this honour, which even further strengthens my attachment toward Montreal and the province of Quebec.” – KENT NAGANO 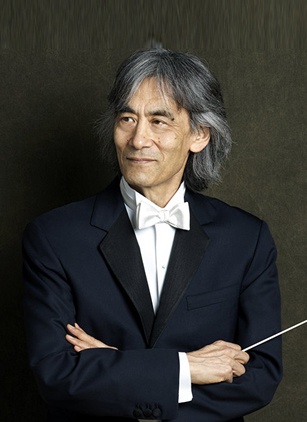 Maestro Nagano’s outstanding contribution to the OSM and to the entire Quebec community from both artistic and human perspectives fully justifies his status as Conductor Emeritus. After 16 years at the Orchestra’s helm, he has left an invaluable legacy of magnificent concerts, but also of remarkable achievements such as helping to make the Maison symphonique project a reality, a world-class concert hall in which music lovers and musicians can appreciate the subtleties and power of the works performed. He was key in the OSM’s acquisition of the Grand Orgue Pierre-Béique and of its three octobasses, led numerous award-winning recordings, established the Classical Spree festival, bringing the OSM closer to a broader, more diverse public, directed several memorable concerts on the Olympic Park’s Esplanade and conceived La musique aux enfants, an educational program so dear to his heart. He masterfully fulfilled the OSM’s tradition of major tours, showcasing the Orchestra on several continents and solidifying its international reputation. Confident that music is a medium for dialogue, peacemaking, and friendship, he twice brought the OSM to communities in the Northern Quebec region to perform the new opera Chaakapesh, a product of the OSM’s collaboration with Inuit and First Nations creators.

A Long-Awaited Return
Back at last in Montreal to accept this honour, Maestro Nagano is marking the occasion by conducting the Orchestra in three long-awaited concerts! To highlight Maestro Nagano’s accomplishments, each of these concerts will reflect a part of his legacy to the Orchestra: works by Beethoven, Mozart and Stravinsky represent the Germanic and Russian repertoires, while the Grand Orgue Pierre-Béique, inaugurated by Kent Nagano in 2014, will figure prominently in a work by Poulenc.

From Beethoven to Poulenc:

Kent Nagano, between Thought and Refinement

The Orchestra displays its well-known versatility in this concert of works by French and German-speaking composers. Hindemith’s Kammermusik no. 1 highlights the exceptional mastery of twelve soloists who will conjure a virtuosic whirlwind, leading into Poulenc’s majestic Concerto showcasing the Grand Orgue Pierre-Béique and OSM Organist-in-Residence Jean-Willy Kunz. Characteristic Viennese vitality will permeate the Orchestra in Beethoven’s dazzling Symphony no. 2 to conclude the concert..

The Art of Contrast According to Kent Nagano

This two-part concert packs some astonishing contrasts: Stravinsky’s Piano Concerto, full of energy and mischief, highlights the wind section and the artistry of one of the OSM’s faithful collaborators, Quebec pianist Marc-André Hamelin. At the other end of the spectrum, Mahler’s re-orchestration of Schubert’s Death and the Maiden brings out the strings in a poetic, poignant reflection on life and death.

This concert rooted firmly in the Classical style turns a page on 16 emotion-filled years, with Haydn’s surprising, humorous “Farewell” Symphony. The inseparable bond that unites Maestro Nagano with the OSM and Montreal reaches the next level, embodied in Mozart’s brilliant and triumphant “Jupiter” Symphony, the last symphony to spring from the pen of this Viennese mastermind at the summit of his art.

To purchase your virtual ticket for these concerts visit: www.osm.ca