The life journey of Jonathan and Susan Wener has brought them a wonderful family and financial success; but also two harrowing experiences with cancer and other severe health challenges. Theirs is a real-life story of Susan’s courage, her faith and Jon’s constant and unwavering support and love.

They founded Défi Canderel to support Cancer Research, which will celebrate its 30th Anniversary in May 2019. Défi Canderel is one of many organizations that benefit from the couple’s generous community support. 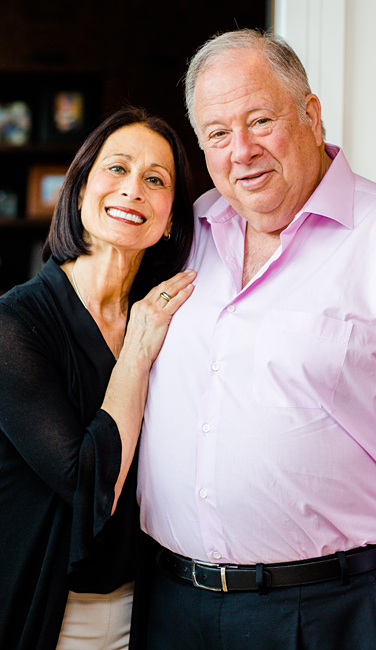 Susan and Jon attended Concordia at the same time, she a year behind him. She arrived for her first day in blue jeans and bare feet – although she maintains to this day that she was not a ‘flower child’. “One of my cousins married outside our Jewish faith, and was virtually cast out of the family. I rebelled, questioning everything; and I think going barefoot was part of that rebellion.” Susan described her first day at university in her book Resilience; “Jonathan wore a three-piece suit and was giving the welcoming address to the all the freshmen. “I turned to my best friend and said; ‘See that guy over there? That is what I want!’ Susan wore her dark hair long and straight, and she subsequently learned that Jonathan ‘pointed my way and said to his friend, “See that girl over there? I’m going to ask her to have lunch with me”.

And so a lifetime together began.

“When I was 18, I had a summer job in Calgary, working on a construction project. I fell in love with the magnitude and creativity of the development business.” While still a university student studying for his Commerce degree at Concordia (then Sir George Williams University), Jonathan was appointed “Clerk of Site” the following summer. Through his ability to manage the flow of construction materials, 19-year-old Jonathan Wener made $1 million for the builder. His future in the real estate development business was cast. “I was lucky to find my passion early in life.”

Susan adds; “Jon’s always been an entrepreneur. He had a Gazette route when he was a teenager, and he subcontracted to apartment superintendants to deliver within their buildings. That way he only had to make one stop per building – enabling him to manage more subscriptions.”

“I was elected President of the Student Society, and helped the university acquire the building on de Maisonneuve that would house the Student Society. We were having trouble getting the necessary renovation permits from City Hall – so I called the Mayor in August. His assistant said that the Mayor was unable to take my call – did I have a message for him? I stated politely and respectfully that with the coming elections in November, the voting age would now be lowered to 18; and if we didn’t have the Student Society building ready on time, I’d have to explain to our student body that the Mayor’s inaction was the reason for the building not being completed. Within a few minutes, the assistant called back to say that the Mayor would be happy to see me the next morning and that I could pick up our permits at the same time.” Not yet 20 years old and already a shrewd negotiator.

After graduating with his degree in Commerce, Jonathan went to work with First Quebec in 1972. Being involved in the Montreal-area commercial real estate business, he had a good overview of buildings that we coming up for sale. One such building was one that he had helped Concordia to purchase for the Student Society. “I borrowed $10,000 on a $19K salary, and was able to make the purchase. I subsequently sold the building for a $50,000 profit, and I used that money to start Canderel. I was just 25.” 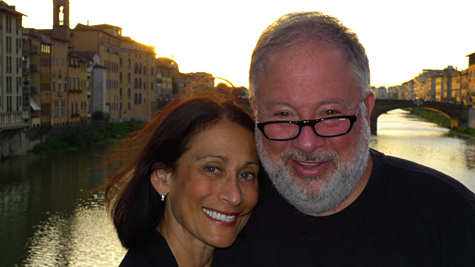 Susan and Jonathan Wener share a passion for travel, pictured here in Florence

Jonathan and Susan married and had three daughters, Jacqueline, Kassy and Alexandra. Canderel was thriving, with developments in Montreal, Ottawa, Toronto, Calgary, Vancouver and the US. The family had moved into a spacious house that would be home for thirty-seven years.

In August, 1989, the Wener family’s household was turned upside down. Susan was diagnosed with colon cancer, and they subsequently learned that the cancer had migrated to the muscle wall. A cancellation meant that her surgery could be moved forward – before she even had a confirmed diagnosis. Her physician insisted that there was no time to waste.

In Resilience, Susan has chronicled her journey through diagnosis, surgery, chemotherapy and recovery. It’s a graphic portrayal of how cancer affects not only the patient, but also the family. It’s an inspirational book, made even more so when you realize that you’re barely halfway through and Susan is well into her recovery. Reading on, you’ll learn that Susan subsequently developed lung cancer, how she survived the surgery; and how she made the difficult decision not to undergo chemotherapy the second time around.

Jonathan, now financially secure and accustomed to controlling his environment, asked the doctors what he could do. Was there a machine or piece of high-tech equipment that he could donate to assist in Susan’s treatment and recovery? Their answer was to raise money for cancer research; that the best way to combat this disease in its many forms is through continued research.

“Through this process, Jon has held my hand and never let go.”

In Jonathan’s usual manner of ‘Go Big or Go Home’, he conceived a fun run fundraiser through the streets of Downtown Montreal at mid-day. He’d encourage businesses located in the city core to encourage their employees to participate, gathering pledges and donations. It would only involve closing many streets in the city’s downtown business district for an hour or two! The Défi Canderel captured the imagination of Montreal’s business community. It proved to be a massive success, and Jonathan and Susan decided to divide the money raised equally between the Cancer Research labs at McGill and Université de Montreal. There are no directives on how to use the funds; Jon believes that the researchers are the most qualified to make those decisions.  In May 2019, Défi Canderel will celebrate its 30th Anniversary. “I firmly believe that there is a cure for cancer; that we can accomplish with cancer what the medical research community did in eradicating polio.”

Jonathan continued to give back to a variety of communities and charitable organizations. He presided over the development of a five year expansion plan for the Jewish General Hospital. “Our committee agreed that we’d move in the direction of cancer research and treatment. Even though there are excellent research facilities in the US, I argued that when you’re really sick – you want your family and support group around you.” 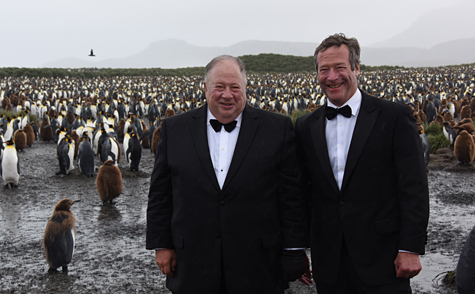 “We set our goal at $200 million, an unheard of sum at the time in Montreal. And there was some second-guessing! We approached Alvin Segal to be our lead donor at $20 million, and he asked some very tough questions during our presentation, which included the hospital’s best cancer doctors and researchers. Frankly – I didn’t think he was going to make the donation. Not long after on that same evening, Alvin called me to say that he would give us the $20 million, and I broke down in tears of gratitude. Alvin’s donation was of great importance, because it gave other potential donors an example to follow.”

“A couple of years later, in a private conversation, Alvin thanked me for asking him for the donation. He told me that he felt really good about making his contribution, that it gave him a tremendous amount of satisfaction.”

After years of living cancer-free, Susan was again diagnosed with cancer in 1994 – this time in one of her lungs. The cancerous lung was removed, and the physicians discussed the chemotherapy options. Having been hospitalized several times during her first cancer treatments, Susan had grave doubts about more chemotherapy. She writes in Resilience; “The chemotherapy after my colon surgery didn’t stop the cancer from coming back again. The doctors were adamant… but Jon had my back.”

In an emotional moment during our conversation, Susan recalls speaking with her father about her fears of facing chemotherapy again. “I said; ‘Daddy, I’m not sure that I can go through this again’. He took me in his arms and said that he accepted whatever decision I made. That was a transformative moment for me. I had his permission and unconditional love.”

Jonathan describes his emotions. “I had this sense of helplessness; asking myself – is this ever going to stop? When you have a partner who’s going through this pain and emotional turmoil, you lose yourself. You have to in order to focus on them.” 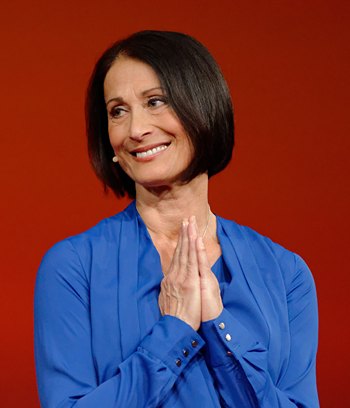 Susan had the surgery to remove her lung, and the doctors prepared for the follow-up chemotherapies.  “I know that I went rogue when I chose to investigate alternative medicines.” That included studying the practice of mindfulness. “I willed myself to heal, for the remaining lung to fill that empty space.” Months later, the doctors discovered that my one lung had expanded to fill the empty space once occupied by the cancerous lung. What has happened is apparently anatomically impossible – but the reality is that I have one larger lung.” (Editor’s note: Susan provides a detailed description of her reasoning and therapies in Resilience.)

Jonathan adds; “Eighteen months after Susan had her lung removed, a group of us visited the Grand Canyon and hiked up to the top. Susan was the first one up – a full 30 minutes ahead of the next person.”

Susan would continue to experience serious medical issues, including recurring bowel obstructions, c-difficile and another life-threatening surgery. With her faith, Jon’s love and yes – resilience, Susan is still standing – and standing tall.

Susan has evolved to become a stronger person; “I became a lot like Jon. A paralyzing event became a challenge for me. This has brought us closer as a couple.”

Jonathan loves to travel, especially adventure travel. He’s an excellent photographer, with a good eye for composition. Susan’s health issues curtailed their ability to travel – until Susan encouraged him to go anyhow, and to take along a friend or someone in the family. “My photos are a way that I could share what I was seeing with Susan. I also kept a daily journal during every trip, which in a way was my daily letter to Susan.”

Today Jonathan and Susan Wener are well-known and loved for their philanthropy. They plan to travel more, continue to support various organizations and they are optimistic for an outstanding 30th Anniversary Défi Canderel in May 2019.

For information about the 2019 Défi, please visit: www.deficanderel.com 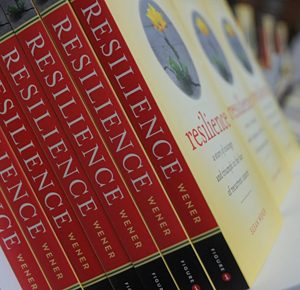 Resilience is an inspirational account of survival, faith and love

Susan Wener chronicles her life’s journey of survival in the face of overwhelming odds against her. She had the good fortune to dedicated medical professionals, a loving family and her devoted husband – himself a pillar of strength for Susan and their children. But even that pillar would be sorely tested during Susan’s two ordeals with cancer, and then followed by excruciatingly painful bouts of bowel obstruction that defied the medical community, until one doctor found the solution.

Susan wanted to be the best daughter, the best wife and the best mother – until she couldn’t be any of those women. She describes how she had to seek and define her own identity, partly as a way through to survival. Now, as a stronger person, she is able to fulfill all those roles, and add the role of grandmother.

Resilience is an inspirational and uplifting account. At times, it’s painful and Susan’s anguish is palpable. Jonathan’s pain is raw. With talented doctors and researchers, their support and love for each other; Susan and Jonathan Wener made it through, bringing with them their extended family.

I’m not going to say any more – just get a copy and read it. And then read it again. Peter Kerr