The Front Row Artist Series concerts focus on the work of individual CMS artists in a variety of ensembles, complemented by a short documentary film on the artist’s life and work. Intermission will feature a Q&A with the artist. This event will stream online for free

The Calidore String Quartet has been praised by the New York Times for its “deep reserves of virtuosity and irrepressible dramatic instinct” and by the Los Angeles Times for its balance of “intellect and expression.”

In the 2019‒20 season, the Calidore String Quartet celebrates both its tenth anniversary and the 250th anniversary of Beethoven’s birth by presenting cycles of his string quartets at the Colburn School in Los Angeles, and the Universities of Buffalo, Toronto, and Delaware. In Europe, they will perform Beethoven quartets in Antwerp, Dresden, and at and the Rheingau Musik Festival.  Additionally, the Calidore premieres a new work by composer Anna Clyne inspired by Beethoven’s Grosse Fuge and commissioned by Music Accord in performances at Lincoln Center, Princeton University, Penn State University, Caramoor, San Francisco Performances, and Boston’s Celebrity Series. The quartet also makes its debut at Strathmore and with Kansas City’s Friends of Chamber Music. In Europe, the Calidore performs in respected series in the Netherlands, Belgium, Germany, Italy, Denmark, Poland, Spain, and Switzerland. The quartet continues to collaborate with artists including pianists Marc-André Hamelin, Pavel Kolesnikov, Yeol Eum Son, Sophiko Simsive, and Henry Kramer, violists Lawrence Power and Matthew Lipman, cellist Clive Greensmith, bassist Xavier Foley, guitarist Sharon Isbin, and oboist Cristina Gómez Godoy.

The Calidore String Quartet’s second Signum album, entitled Babel, was released in October 2020 and features works by Schumann, Shostakovich, and Caroline Shaw. The quartet’s other recordings include 2018’s Resilience including “lively, intelligent performances of an attractive and thought-provoking program” (Gramophone) of quartets by Mendelssohn, Prokofiev, Janácek, and Golijov; quartets by Tchaikovsky and Mendelssohn recorded at the 2016 Music@Menlo festival; their debut album of quartets by Mendelssohn and Haydn, and an album of music commemorating the World War I centennial. 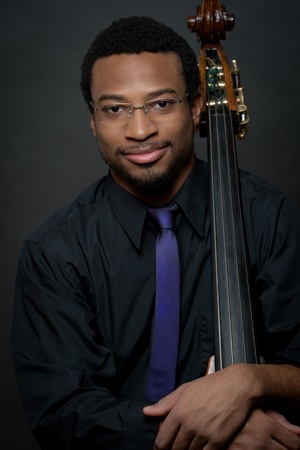 Double bassist Xavier Foley is recipient of a prestigious Avery Fisher Career Grant. He was recently recognized on New York WQXR’s “19 for 19” Artists to Watch list, and featured on PBS Thirteen’s NYC-ARTs.

As a concerto soloist, he has performed with orchestras including the Atlanta Symphony, Philadelphia Orchestra, and Nashville Symphony. Also a composer, Mr. Foley has been co-commissioned by Carnegie Hall and the Sphinx Organization for a new work entitled “For Justice and Peace” for Violin, Bass, and String Orchestra, which will be performed at Carnegie Hall this season as part of a program designed to promote social justice. Other distinctions include First Prizes at the Young Concert Artists International Auditions, Astral National Auditions, Sphinx’s Competition, and International Society of Bassists Competition. In 2018, he made acclaimed debuts in the Young Concert Artists Series at Merkin Concert Hall and the Kennedy Center. He has also given recitals at New York’s Morgan Library and Boston’s Isabella Stewart Gardner Museum. An active chamber musician, he has been reengaged to perform on tour and at Alice Tully Hall with the Chamber Music Society of Lincoln Center as a member of The Bowers Program (formerly CMS Two). A native of Marietta, Georgia, Mr. Foley is an alumnus of the Perlman Music Program and earned his bachelor’s degree from the Curtis Institute of Music with Edgar Meyer and Hal Robinson. His double bass was crafted by Rumano Solano.

Thursday, November 12, 2020
Video will begin at 7:30 PM ET and remain on demand for one week.
www.chambermusicsociety.org