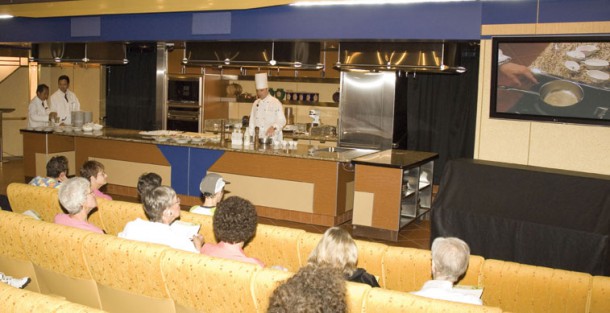 Many would argue that big isn’t necessarily better when it comes to cruise ships. Although the latter day trend has generally leaned to the building of vessels the size of giant floating hotels, there are solid numbers that continue to prefer the smaller, more intimate ships such as Holland America Line’s Ryndam. I recently sailed on this vessel that carries in the neighbourhood of 1,400 passengers whereas some of today’s mammoth boats accommodate more than 6,000 and rise some 20 storeys above the waves. I spoke to several passengers and there were always the same common threads: getting around is much easier on smaller ships, they offer more connection with fellow cruisers and they often feature more interesting ports of call that large ships are unable to access. 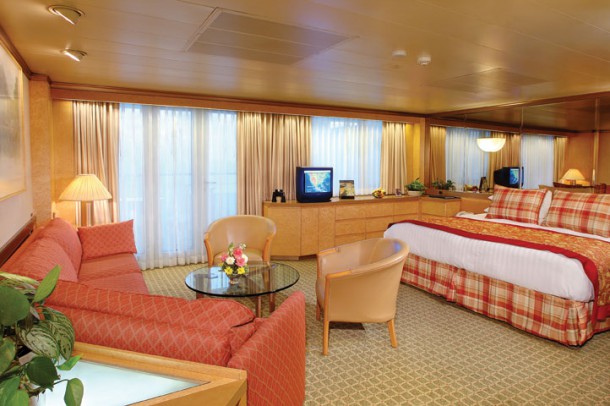 There you have it. In spite of the trend to big ships the smaller ones have a dedicated audience which is likely to remain loyal not only to more modest size vessels but, as I discovered, loyal to a particular cruise line. Astonishingly, of the 1,400 passengers aboard the Ryndam during my cruise, 1,000 of them were what the line refers to as its Mariners. This is a club, so to speak, of people who steadfastly prefer sailing on Holland America ships and for their loyalty and patronage they earn points per cruise that accumulate and give them special amenities, discounts and bonuses. One passenger told me, “I have cruised at least once a year for more than a decade and I would never sail on anything but Holland America. The service is outstanding, accommodations are excellent and dining and entertainment is as good as it gets.” In fact, Ryndam’s hotel director, Randall Corcoran said, “food, and service is what the entire Holland America fleet hangs its hat on.”

I had the opportunity to make my own assessment during a seven-day cruise from Tampa to the western Caribbean. Ports of call were interesting rather than the typical island stops in St. Thomas, Barbados, St. Martin and the other regulars. This particular cruise first docked at Key West, Florida, followed by port calls in the Central American countries of Honduras (Roatan) and Guatemala (Santo Tomas de Castilla). Last stop on the cruise was Costa Maya, Mexico. 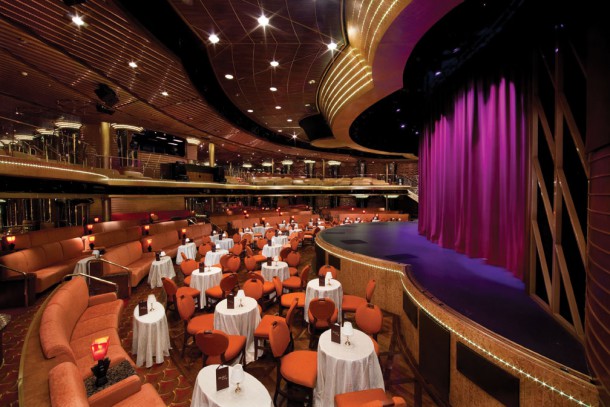 Honduras and Guatemala did not offer a great deal right at the port other than shopping for native crafts and souvenirs. But what was entirely refreshing about these ports flanked by mountains of lush tropical greenery was the gracious and welcoming nature of the Hondurans and Guatemalans. Their ports are fairly new cruise ship stops and the locals seemed eager to show their appreciation. They did not exert the kind of vendor pressure that often exists on the more established Caribbean islands and the goods were appreciably cheaper.

While the actual ports were largely shopping-focused, the shore excursions were exemplary. In Key West, a visit was offered to the former home of the late Ernest Hemingway, one of the world’s most famous authors. He lived and wrote there for more than 10 years turning out some of his best-known works: For Whom the Bell Tolls, The Snows of Kilimanjaro and others. Among other options were a trip to the once home of renowned naturalist, John James Audubon, and for maritime history lovers, a visit to the city’s Shipwreck Museum.

Roatan excursions were pretty much nature-based: trips to dolphin, iguana and butterfly sanctuaries. Probably the top offering on the Guatemala stop was the excursion to the ancient Mayan ruins of Tikal, a site so significant to Mayan history it is an UNESCO World Heritage site. Costa Maya excursions also included trips to two different Mayan cities built around 700 AD.

Entertainment on the Ryndam also fared well. Some of the mega ships have theatres larger than on Broadway, a feature that suits some but not others. The Ryndam’s two-tier theatre is a good size that nicely accommodates an audience of 600 that provides a much closer connection to the performers. Shows during the cruise featured an independent vocalist, singing/dancing revues, comedian and mentalist. Also, the ship has a dedicated movie theatre offering current films nightly plus several performing groups playing at various venues throughout the ship (violinists, pianists, guitarists).

By most shipboard standards, the dining was outstanding. Of course, there were the typical two main restaurants offering either fixed seating or free-style dining. On Deck 11, there was the usual buffet style Lido restaurant offering breakfast, lunch and dinner. There was also an outdoor grill but the highlight of onboard dining was the two specialty restaurants: the Pinnacle Grill (steak and seafood) and the Canaletto (Italian). On one particular cruise night, the Pinnacle is transformed into Le Cirque of New York City – ranked among the best restaurants in the world. This is a special treat and reservations must be booked well in advance. (Dining in the specialty restaurants requires a modest fee). 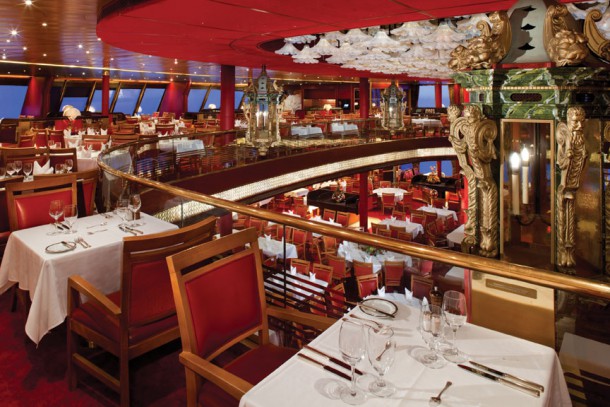 Accommodations were a complete surprise. Prior to cruising on the Ryndam I had never booked anything but a balcony on the basis of thinking no door to the outdoors would leave me claustrophobic. Wrong! Smaller ships usually have fewer balconies and at the time of my booking, all of them were already taken. Consequently, I settled for a stateroom with a view. The room was a very good size with two twin beds, a bath with tub and most impressive was more closet and storage space than I had ever had on any cruise ship. I was discussing this with a passenger who informed me that he almost always books an inside cabin since they often are more spacious. “How much time do you really spend in your stateroom anyway,” he said. Another point to be made is the cost saving versus the price tag associated with a balcony. There are certainly reasons to want a balcony but the full pleasure of a cruise does not hinge on having one. I would never hesitate, in the future, to book a stateroom with a view. Next test may be an inside cabin.

During winter the Ryndam offers various Caribbean itineraries but come spring in North America, the ship heads to Europe for the summer months in the Mediterranean and the Baltic Sea where itineraries are apparently as unique as those in the Caribbean.

Overall, Ryndam’s hotel director can justifiably boast about his ship. “We are a premium, good-value option that offers unique sail itineraries. Among our great strengths is our crew and we provide the same cruise experience as the big ships only on a smaller scale.”

The Ryndam sails a variety of European, Mediterranean and Aegean Sea itineraries during the spring summer and fall before returning to the Caribbean for the late fall and winter seasons. Longer itineraries are available during the European season, and represent excellent value. For more information about sailing on the Ryndam or other Holland America vessels see www.hollandamerica.com or call: 1-877-932-4259 or visit your local travel agent. Bon Voyage!