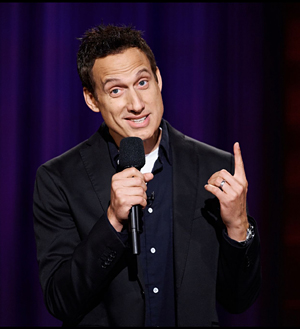 Elon Gold will be appearing with Modi at Centaur Theatre, July 22 through 25

Elon Gold and Modi are the two pre-eminent comedians on the Jewish circuit, and they will premiere their new two-man show, Two For One, at Centaur Theatre on Old Montreal. Billed as “twice the laughs and twice the fun”, this all-in-one new show is shaping up to be a festival hit.

Elon Gold is a comedian and actor who has starred in FOX’s Stacked and NBC’s In-Laws. He has made ten appearances on The Tonight Show and had a recurring role on the hit show, Bones. He was a writer/performer on ABC’s The Dana Carvey Show and has guest starred on Frasier, The Mentalist, Chappelle’s Show among others. His special on Netflix, Elon Gold: Chosen & Taken received wide acclaim from audiences and fellow comedians; and is currently streaming on Amazing Prime. Elon’s routines (including his popular Xmas Tree bit) have gone viral and are shared by millions around the globe. He recently made a stellar appearance on The Late Late Show With James Corden and was featured in season three of Crashing on HBO, where he played his most challenging role …himself. Elon can next be seen alongside Larry David in the upcoming season of Curb Your Enthusiasm. 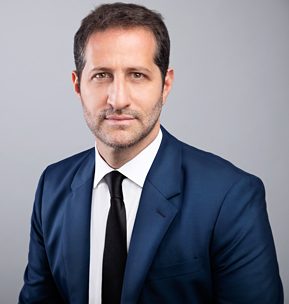 Modi recently completed a series of sold-out shows in Israel

Modi’s comedy has been seen on HBO, Comedy Central, Netflix, and has appeared on multiple late night TV shows as well as The Howard Stern Show.

In 2018, Modi appeared in Bayou Caviar, a film starring and directed by Cuba Gooding, Jr. He also appeared in season 3 of HBO’s Crashing as well as the latest season of CBS’s Madame Secretary. Recently Modi completed a sold-out, multi-city tour in Israel.

During Jewish Heritage Week 2018, Modi received a proclamation from the mayor’s office of New York; honouring his outstanding work as a stand-up comedian and actor, making June 26th, 2018, officially ‘Mordechi MODI Rosenfeld Day’ in the city of New York.

In addition to being a regular at the iconic Comedy Cellar in New York City, Modi also headlines both at home and abroad, performing at a variety of comedy festivals and events. Known for his ability to add levity and pack a room, Modi regularly performs at, and hosts corporate functions, charity galas, and private events.