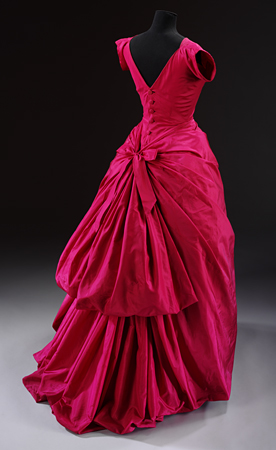 Until October 14, 2018, the McCord Museum is presenting a North American exclusive premiere—Balenciaga, Master of Couture, a major fashion exhibition organized by the Victoria and Albert Museum (V&A) of London.

Revered by his contemporaries, future generations of fashion designers, and fashion lovers alike, Cristóbal Balenciaga was recognized as the “master” of haute couture in the 1950s and 1960s. His exquisite craftsmanship, pioneering use of fabrics and innovative cutting set the tone for the modernity of late 20th century fashion. “We are thrilled to be the only North American venue for this unique exhibition highlighting the artistry of one of the 20th century’s greatest fashion designers,” says Suzanne Sauvage, President and Chief Executive Officer of the McCord Museum. “The exhibition is an opportunity for the Museum to present several Cristóbal Balenciaga dresses from its collection, in addition to offering insight into his lasting impact on generations of designers and the history and evolution of haute couture. Balenciaga’s inspiration and influence continue to this day.”

Presented by Holt Renfrew and Ogilvy, the exhibition takes an almost forensic look at what made Cristóbal Balenciaga’s creations so special, offering a detailed investigation of the design of the garments and the exceptional skill that went into their making. It will also illustrate his legacy by displaying the creations of protégés like André Courrèges and Emanuel Ungaro, who trained and worked at his Paris salon, and the work of his self-proclaimed followers of the late 20th century and today.

“Holt Renfrew and Ogilvy are very proud to be the presenting sponsor of Balenciaga, Master of Couture,” says Normand Ciarlo, Divisional Vice President and General Manager, Holt Renfrew and Ogilvy. “We have enjoyed a long-standing relationship with Balenciaga in our stores and are now so pleased that, with this exhibition, the McCord Museum will bring the brand’s incredible history to the city of Montreal.”

Some 80 garments are displayed, along with hats and accessories, drawn mainly from the V&A’s extensive fashion holdings—the largest collection of Balenciaga in the UK. Sketches, photographs and fabric samples contextualize the garments and patterns, while X-rays, toiles and film are used to reveal details in their construction and making. 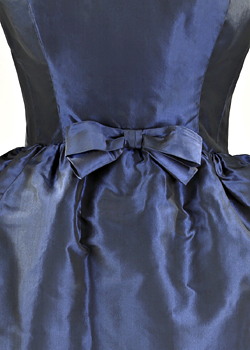 Very popular in Montreal
Something that people may not know is that Balenciaga was also very much a part of the imported fashion scene in Montreal. Beginning in 1939, the city’s department stores offered seasonal glimpses of Balenciaga gowns in their fashion shows. Until the late 1960s, Holt Renfrew, Eaton’s and Morgan’s (now The Bay) each imported a few Balenciaga models and showed them to potential clients. Balenciaga garments also featured in a Paris couture show brought to Montreal for Expo 67.

Thanks to this interest in the great Spanish designer, the McCord Museum has gradually acquired some fifteen Balenciaga garments for its Dress, Fashion and Textiles collection. The exhibition features four of the most exquisite.

Exhibition-related activities
Several cultural activities are being organized to complement the exhibition, including guided tours in English, at 12:30 pm every day, or in French, at 2:15 pm weekdays and 2:30 pm on weekends. 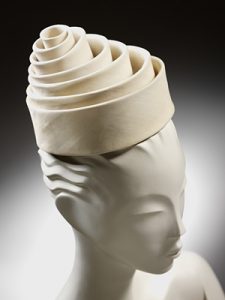 Luca Marchetti, a professor at the ESG-UQAM École supérieure de mode, in the company of Stéphane Le Duc, editor-in-chief of Dress To Kill magazine, will give a lecture entitled POP CULTURE: La mode après Cristobal Balenciaga. The lecture will be followed by a screening of the film Who Are You, Polly Maggoo? by William Klein. This event will take place in the McCord Museum’s J. Armand Bombardier Theatre on August 24, at 5:00 pm.

Very popular in Montreal
The V&A is the world’s leading museum of art, design and performance with collections unrivalled in their scope and diversity. It was established to make works of art available to all and to inspire British designers and manufacturers. Today, the V&A’s collections, which span over 5,000 years of human creativity in virtually every medium and from many parts of the world, continue to intrigue, inspire and inform.

McCord Museum: Our People, Our Stories.