Just for Laughs is getting set to take over the city from July 10th to the 28th, with a fine cast of comedians on its roster. Where to start?

Some of the old pros are back, along with new blood to the Festival. The Galas have some really strong names hosting. Eddie Izzard will host his first Gala on July 25 at 10 p.m. Also Seth Myers (the Weekend Anchor on Saturday Night Live), who will be hosting the July 24 late-night Gala. Another returnee is Joan Rivers for an early night Gala on July 27th at 5pm. Having just turned 80, late night frolics might be a bit too much for her. But frolic she will – I promise.

And talking about women…Wow! This is their year to shine. What a lineup!  Kristin Schaal (Hazel Wassername in 30 Rock, and The Daily Show) with Amy Schumer, Maria Bramford and Tig Notaro (The Sarah Silverman Program ). And talking about Sarah Silverman… she’ll be here too, hosting two galas at Place des Arts on July 26th at 8:15 and 11 p.m. JFL has long been after Silverman to come to Montreal and this year’s the winner. 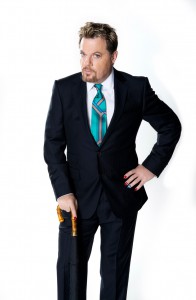 Seth Myers is not the only comic from SNL.
Bobby Moynihan and Taran Killam are covering a couple of shows. Hannibal Buress, Bo Burnham, Colin Quinn, Marc Maron, Danny Bhoy and Nick Kroll will also be providing us with a few laughs. Getting a little excited?

Then there are the shows that we all expect at Just for Laughs. The Nasty Show is back with host Bobby Slayton and special guests, Jimmy Carr, Robert Kelly, Bridget Everett, Brad Williams. It’s crass, vulgar and uncensored. It runs from July 17th to the 20th, with midnight performances, July 19th and 20th at Club Soda. (Word of warning, this is not for sensitive ears.)

The Ethnic Show is hosted by Shaun Majumder and features the usual cultural hodgepodge of comedians who get away with poking fun at our differences. With eight shows at Club Soda, from July 10th to the 13th, this has proven to be a real crowd pleaser.

My all time favourite is Britcom, this year hosted by Rich Hall (another SNL alumnus). There is nothing quite so fine as British humour! It’s on from July 24 to 27 at L’Astral. 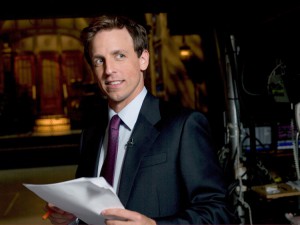 Can’t have Just for Laughs without The Bar Mitzvah Show. It features self-deprecating, hilarious humour with Elon Gold as host on July 25th at Theatre Maisonneuve.

And let’s not forget Date Night: The Relationship Show with Godfrey. Everything you wanted to know about sex but were too afraid to ask. Here you don’t have to be afraid and you sure won’t have to ask. You’ll get it whether you want it or not.

Centaur Theatre will be housing the musical Spank! The Fifty Shades Parody (very loosely based on the top selling book, Fifty Shades of Grey), playing on and off from July 16 – 28.

Along with the ‘old boys’ from SNL are cast members from 30 Rock, Judah Friedlander has six shows at the MainLine, July 22 – 27. And Scott Adsit and John Lutz follow in his footsteps also at Mainline July 24 to 27.

There are so many more acts to delight and tickle the funny bone, too many to mention here. But one thing is sure, the Festival season is about to start in Montreal and there is no better Festival than Just for Laughs. It will take the mickey out of the best of us and make us laugh whether we want to or not. Life doesn’t get much better than that.

For more information on the shows and single acts check out www.hahaha.com 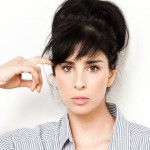 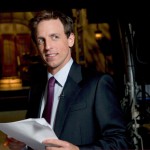 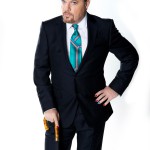 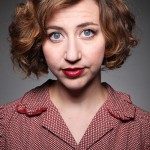