Award-winning comedian and multihyphenate actor-writer-producer-author, Iliza Shlesigner is selling out theatres around the globe! Now catch her as host of her first multi-comic Gala this summer in Montreal. Iliza will be joined by Preacher Lawson, Amanda Seales, Tranna Wintour, Ivan Decker, Yamaneika Saunders, Yannis Pappas and James Acaster.

Iliza Shlesinger has been selling out theatres around the globe with a devoted fanbase who create their Iliza-inspired swag to wear to her shows. She’s currently preparing to launch her post-pandemic Back In Action world tour. Iliza currently has five stand up specials streaming on Netflix, including Unveiled, which delves into her journey of getting married and 2018’s Elder Millennial, which is the subject of Iliza Shlesinger: Over & Over, her “fan-u-mentary” giving fans an inside look into her life on tour. Her other specials are War Paint, Freezing Hot, and Confirmed Kills.

In recent years, Iliza has branched out into acting and can currently be seen starring in the Netflix movie Good On Paper, an indie “Rom-Con” she wrote. She recently starred opposite Mark Wahlberg in the #1 Netflix film Spenser Confidential, and had a supporting role in the critically acclaimed indie drama Pieces of a Woman starring Vanessa Kirby. Other credits include, Instant Family, starring Wahlberg and Rose Byrne, and The Iliza Shlesinger Sketch Show, a comedy series she created and starred in for Netflix. In March 2020, in response to the pandemic pandemic, she and her husband, Chef/James Beard Award nominated author Noah Galuten, launched Don’t Panic Pantry as a way to encourage people to stay at home and flatten the curve. The fun, follow-along at-home cooking show broadcasts live via Iliza’s Instagram and Facebook page and recently surpassed the 200th episode mark. It has been featured on TODAY Show, The Talk, and more.

Iliza is currently hard at work on her second book All Things Aside (Abrams Books and Blackstone Audio), which recently sold as part of a bidding war. Her first book, Girl Logic: The Genius and the Absurdity (Hachette Book Group) was a subversively funny collection of essays offering her unique perspective on irrational behavior. Hey podcast, AIA: Ask Iliza Anything, is a fan favorite and features Iliza giving out her Dear Abby-esque advice from fan submitted questions. She recently guest hosted Jimmy Kimmel Live and previously hosted her own limited run late night talk show Truth & Iliza on Freeform. Iliza is the only female and youngest comedian to hold the title of NBC’s Last Comic Standing. 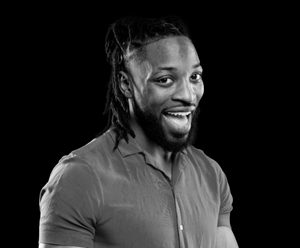 Preacher Lawson was born In Portland, OR, but raised most of his adolescence in Memphis, TN. He moved 20 times before the age of 10, but if you asked him what city he’s from he’d say Orlando, FL because that’s where he grew as a comedian. Preacher is best known for his appearance on season 12 of NBC’s hit series, AMERICA’S GOT TALENT (2017) where he made it to the final rounds. Based off his stellar performance in season 12 Preacher was invited to compete on AMERICA’S GOT TALENT: THE CHAMPIONS (2019) and BRITAN’S GOT TALENT: THE CHAMPIONS (2019) where he advanced to the finale after he received the most votes from the fans. Preacher was the host of the Facebook Watch series WORLD’S MOST AMAZING DOGS (2019) with George Lopez and Lisa Vanderpump and has built a following on YouTube of over 500,000 subscribers. In 2019 Preacher shot his first stand-up special which premiered on BET+ and continues to perform at sold-out venues around the country. Currently, Preacher can be seen starring in the NBC series CONNECTING and as a judge on the new Nickelodeon competition show UNLEASHED. 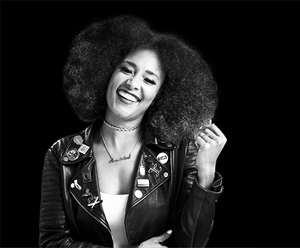 Comedian, actress, writer, producer, and more, Amanda Seales doesn’t just make you laugh, she makes change! With an uncanny knack for taking serious topics (racism, rape culture, sexism, police brutality, etc.) and with humor, making them relatable and interesting, she combines intellectual wit, silliness, and a pop culture obsession to create her unique style of smart funny content for the stage and screens. Amanda Seales is a comedian and creative visionary with a Master’s in African American studies from Columbia University. Seamlessly blending humor and intellect, her unique style of smart funny content spans various genres across the entertainment and multimedia landscape. She is best known for her iconic role as, “Tiffany DuBois” of HBO’s Insecure, her debut stand up comedy special, “I Be Knowin”, as a former cohost on daytime talk show, “The Real”, host of NBCs “Bring the Funny,” and the host/writer of the groundbreaking 2020 BET Awards. She speaks truth to change via her wildly popular instagram @AmandaSeales, weekly podcast, “Small Doses”, and book by the same name. Centering community building in her comedy, she is also the creator/host of the touring variety game show, “Smart Funny & Black” and of “Smart Funny & Black Radio” on Kevin Hart’s LOL Network on SiriusXM. Always an advocate for Black voices, she founded Smart Funny & Black Productions to produce and create art as edu-tainment across the media landscape by any joke necessary. A Jedi Khaleesi with a patronus that’s a Black Panther with wings, Amanda Seales continues to keep audiences laughing, thinking, and living in their truth! 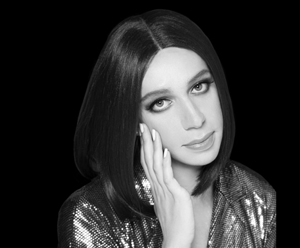 Tranna Wintour is a bilingual comedian, singer, writer, and producer—she’s basically Barbra Streisand minus the fame, fortune, and cloned dogs. She was one of Just For Laughs’ New Faces Canada (2019) and was named by Fashion magazine as one of the queens of Canadian comedy. Tranna also performs in French and did her first Juste Pour Rire gala in 2021, which led her to Québec’s Big Brother Célébrités. Tranna was hailed as the show’s breakthrough star by the Journal Métro, which proclaimed her groundbreaking run to the top 4 as the best moment on Québec TV in years. In addition to her work as a performer, Tranna co-hosts and co-produces CBC Podcasts’ Chosen Family with her creative partner/comedy soulmate, Thomas Leblanc. Chosen Family reached the top 10 of iTunes Canada’s top comedy podcasts and was named one of Apple’s Best Podcasts for two consecutive years. Her debut album, a mix of original songs and covers, Safe From Your Affection, is available on all streaming platforms. 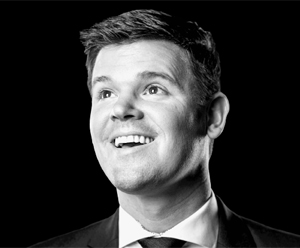 Award winning comedian, Ivan Decker is one of the country’s best. He has been featured on CBC, CTV, TBS and many other media outlets as part of shows such as: The Debaters, Just for Laughs, CONAN and he has a half hour special on NETFLIX. In 2018, Ivan was also the first Canadian in 34 years to win a JUNO award for comedy album of the year. Originally from Vancouver, He has toured nationally and internationally as part of the Just for Laughs road show, and the Comedy Night in Canada series. His clean sharp comedy has been called “smart, original and slick” by the UK’s Chortle magazine. 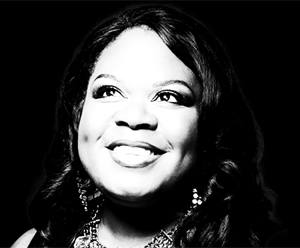 Yamaneika Saunders is a stand-up comedian, writer, and actor known for her work as a panelist on THE MEREDITH VIEIRA SHOW and lead roles on Oxygen’s FUNNY GIRLS and Comedy Central’s IN SECURITY. Yam has appeared on HBO’s CRASHING, truTV’s COMEDY KNOCKOUT and LAFF MOBB’S LAFF TRACKS, Comedy Central’s BROAD CITY, THE NIGHTLY SHOW WITH LARRY WILMORE, and THIS IS NOT HAPPENING.. Yam has also been featured on TV Land’s THE JIM GAFFIGAN SHOW, A&E’s BLACK AND WHITE, NBC’s LAST COMIC STANDING, and as a recurring correspondent on THE TONIGHT SHOW WITH JIMMY FALLON. Yamaneika has performed stand-up at the Just For Laughs festival in Montreal, THE HALF HOUR on Comedy Central, and filmed a half-hour special as part of the comedy showcase THE DEGENERATES for Netflix. She currently stars on Comedy Central’s THIS WEEK AT THE COMEDY CELLAR, VH1’s TALK 30 TO ME, Bravo’s KANDI KOATED NIGHTS, and most recently as a writer and performer in the Jeff Ross Netflix original series HISTORICAL ROASTS which premiered in May. You can listen to her weekly on her hit podcast RANTIN AND RAVIN. Yamaneika also voices the therapist character on FLATBUSH MISDEMEANORS and was cast in Amy Schumer’s LIFE WITH BET. Saunders is currently a staff writer for THAT DAMN MICHAEL CHE and THE ERIC ANDRE SHOW. 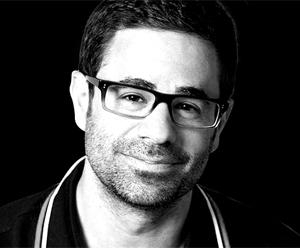 Yannis Pappas is a stand-up comedian, actor & writer. He’s also a cute kid. Yannis’ 2019 hour stand-up special Blowing the Light produced and directed by Andrew Schulz is available on Youtube. He was the host of NextVR’s virtual reality live stand-up series, Live In Gotham (44 episodes 2018-19). He was also the host of AOL’s award winning Original Series, 2 Point Lead (a sports comedy show). Yannis’ Half Hour Comedy Central Special aired in 2014 and is available on Amazon, iTunes, ComedyCentral.com and whenever Comedy Central re-runs it. His 2016 album Let Me Be Yannis (recorded in Madison, WI) is available on iTunes and Spotify. Yannis was also the co-host of MSG’s sports fan show, The Bracket and the co-host of ABC’s Fusion Live. Yannis has been part of the Just For Laughs Festival in Montreal, New York Comedy Festival and tours the world as a stand-up comedian and is known for his immensely popular characters Mr. Panos and Maurica. His podcast Long Days is available on YouTube and wherever you listen to podcasts. Yannis is also the co-host of UNLEASHED with Olivia Harlan, a sports betting podcast which can be heard on the BETMGM app. 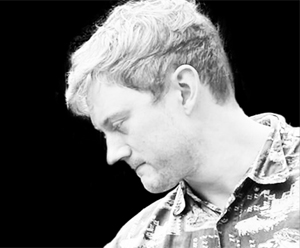 James Acaster is ‘One of comedy’s most original voices’ (Evening Standard). A whimsical master, he has received acclaim from around the world, including a record breaking 5 consecutive nominations for ‘Best Comedy Show’ at the 2012, 2013, 2014, 2015 & 2016 Edinburgh Fringe Festivals. In 2017 he toured the country with a staggering three show ‘Trelogy’, performing Recognise, Represent and Reset consecutively over three nights in each venue. These three shows and Recap form his Netflix four part series, Repertoire. It was the first of its kind, a stand up mini series with an overarching narrative, and James is the first UK comic to shoot more than one Netflix Original special.

In 2017 James released his debut book Classic Scrapes which made the Sunday Times bestseller list. James’ second book “Perfect Sound Whatever” also made the Sunday Times bestseller list in 2019. This summer will see the publication of James’ latest book, ‘James Acaster’s Guide to Quitting Social Media.’
In 2019 James completed a mammoth long tour of his hugely successful show “Cold Lasagne Hate Myself 1999” around the UK, Australia and America, the show is now available to watch on Vimeo. James also has two hit podcasts “Off Menu” which he hosts with Ed Gamble, and ‘Perfect Sounds’ both of which are regulars on the iTunes top 10 List.