A Journey Through Time

Rediscover the legendary music of The Legend of Zelda with the Laurence Manning Trio, founded in May 2020 by Quebec pianist, composer and arranger Laurence Manning. Along with Lou Dunand-Vincent (cellist) and Daphnée Sincennes Richard (violinist), the trio will take you on a journey through time that will make you relive the best moments of the franchise. Together, they will give life to this epic, heart-rending music in an enchanting performance filled with passion and delight! 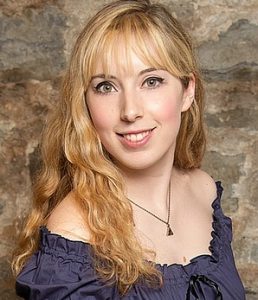 Classically trained, Laurence Manning studied at the Conservatoire de musique de Montréal, then at the Université de Montréal where she completed a doctorate in piano performance in December 2018. Laurence began specializing in video game music in 2016, creating her own piano arrangements that she posts on her YouTube channel. In June 2019, the pianist released her debut video game album Game Music Piano Album, which includes original arrangements from the soundtracks of Zelda, Final Fantasy, Mario, Golden Sun, Shovel Knight and many others. Her works are inspired by video game music, neo-classical, Celtic, neo-medieval music and film music. Her third album Piano Mirror was released in December 2020. 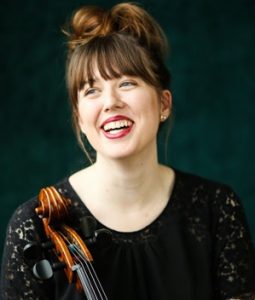 Lou Dunand-Vincent, cellist from Montreal, obtained her master’s degree in performance at the University of Calgary in conjunction with a two-year “Advanced Performance Program” certificate from the Mount Royal Conservatory, all under the tutelage of Johanne Perron and John Kadz . In addition, Lou got her Bachelor’s degree in performance at the University of Montreal and her DEC  at the Montreal Conservatory of Music. In addition to classical music, Lou is very active in the field of video game music. She regularly plays with the Video Games Orchestra, collaborates with composers from the Montreal scene and also participates in musical events at conventions such as Capcom Live! and Otakuthon (2018,2019).

Daphnée Sincennes Richard began her violin studies at the age of six. She made solo appearances on various occasions with youth symphony orchestras, twice as first prize winner of the McGill Conservatory concerto competition. At the age of 17, she entered the class of Jonathan Crow, and completed a college degree at Marianopolis College in 2007, and a bachelor degree at McGill University’s Schulich School of Music in 2010. After a 10-week residency at the well-renowned Banff Centre, she started in the Winter of 2011 a Master of music performance degree at the University of Montreal, where she studied with Claude Richard. She then pursued a Doctorate degree in the classes of Claude Richard and Annick Roussin, under whom she initially studied at the Pôle supérieur d’enseignement artistique Paris Boulogne-Billancourt.