From June 7th to 13th, Montreal will host the first edition of Japan Week organized by YATAI MTL. In addition to an online cultural program, Montrealers will be able to enjoy Japanese street food, sake tastings, and discover other Japanese products through a route of restaurants and shops located in several neighborhoods of the city.

Virtual events
Round table on Japanese restaurants in Montreal, Sake workshop by Madame Saké Quebec, Japanese karaoke competition, the Consul General of Japan in Montreal answers your questions, Taiko no Tatsujin competition, and a variety of cultural content offered by enthusiasts from Japan to Montreal. www.facebook.com/events/

YATAI MTL – JAPAN WEEK
Founded by Yasuko Tadokoro and Thien Vu Dang, YATAI MTL is a popular event surrounding Japan and its street food that takes place over a weekend in the Mile End, attracting over 5,000 people by day since 2018. In order to adapt to the pandemic, YATAI MTL offers Japan Week, a street food and shopping route across Montreal to celebrate Japan and help local businesses.

Visit www.yataimtl.com for a list of participating locations, from Villeray to Westmount, Laval to Pointe Claire. 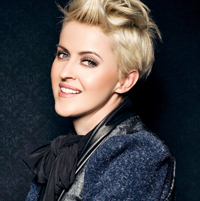 Genevieve Borne
“Japan. Bewitching Japan. The land of all fascinations! It projects us both into its millennial traditions and into its daring future! I had the chance to set foot there twice and I am dying to go back! In the meantime, what a joy to be able to discover Japanese Montreal with you through Japan Week! Together, let’s explore gastronomy, design, flower art, and visual art through an urban route filled with beautiful surprises!

Japan Week, to awaken all your senses and experience Japan, here! I invite you to join us!”

Geneviève Borne has been part of Quebec’s media landscape for several decades. Over the years, she has shared her passion for music on Musiqueplus and on the weekly Belle et Bum show as well as on the radio. Her love for fashion led her to be a spokesperson for the Fashion and Design Festival, Clin d’oeil Magazine, and Cover-Girl cosmetics brand. Photography being one of her favorite hobbies, she has published three books to collect her photos, the most recent of which is “If my Images could speak.” On the travel side, she has visited some fifty countries and presented a series of Travel broadcasts on 8 different countries including China, Vietnam, India and Indonesia. Her most recent project, “Jolie Turkey” is currently airing on Club Illico. 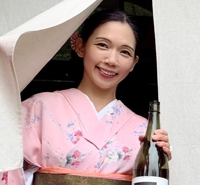 Kuniko Fujita
“You are lucky, my dear Montrealers, because there are plenty of delicious and AUTHENTIC Japanese foods to discover and re-discover in your city! Come on, accompany me throughout the week and become specialists in Japanese cuisine. To your health, KAMPAÏ ”

Born in Tokyo , she left her country at the age of 24 to work at the Japanese Embassy in Paris where she helped organize more than 300 Japanese cultural events. After living for 5 years in France, 3 years in Senegal, then 2 and a half years in Morocco, Mrs. Fujita has been a resident in Montreal since 2004. Certified as an international speaker and master sommelier in sake as well as a wine sommelier, Kuniko Fujita is known as Madame Saké in Quebec. Ms. Saké is also a columnist and member of the board of directors of the Japanese Association of Food Critics. She promotes sake and Japanese food products in the media. She collaborates with various organizations while contributing to cultural exchange between Quebec and Japan. 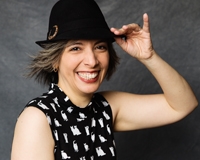 Valérie Harvey
“Because Japanese culture fascinates me and I want the bridges between Quebec and Japan to multiply, I am happy to be the co-spokesperson for Japan Week, an event that helps fuel passion for Japan!”

Valérie Harvey lived for two years in Japan, in Kyoto. She presented this country in her book Passion Japon and also translated into French the poet Misuzu Kanéko. She imagined a Nordic Japan in Les Fleurs du Nord (2018 Parallel Universes Youth Prize), The Shadow of the Shinobi, and The Kami Legacy.

She is also a sociologist on Radio-Canada. On her YouTube channel Nomadesse, she presents short documentaries and collaborates with the O-Taku Manga Lounge.