This year’s festival will offer many online events, bringing the celebration of Italian culture into your home!
Check out the full line-up: www.italfestmtl.ca

Storytime in Italian
Saturdays August 8, 15 and 22, at 10:00AM
Live on social networks, in collaboration with the Italian school PICAI and their teacher Mariana Ghita, come and listen to a children’s story in Italian every Saturday morning of the festival. This is the ideal activity for a family weekend!

Italian Culture On Screen
During the festival, sit in front of your television to watch various Italian shows and films. Andrea Bocelli’s “Live in Portofino” concert will air on Saturday August 8th from 7:00 pm. Live from the Piazzetta in Italy’s breathtaking Portofino harbour performing some of the world’s most famous love songs, including Senza Fine, Bésame Mucho, and Love Me Tender.

Then, every Sunday of August, take advantage of the Italian cinema marathons from 9:00 am to 3:00 pm. Other films will also be screened on Wednesday August 12th and Tuesday August 18th from 9:00 pm.

Gianni Bodo concert
August 9th, 2020 at 8:00PM
Montreal born singer-songwriter Gianni Bodo has been writing, recording and performing music for over 2 decades. Hurricanes and Butterflies, the artist’s last commercial single, entirely written and recorded in confinement as the global health crises heated up, has been piling up rave reviews and radio-play around the world. Gianni is currently recording his sophomore English opus and he will also be releasing an Italian EP in time for Italian week 2020 featuring the upcoming single “Rimani nel Ombra”. 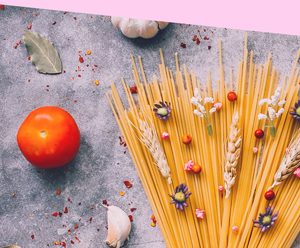 Daughter of a musician, Lili-Ann De Francesco was only seven when she fell in love with the stage. After a remarkable audition in the TV show La Voix, the youngest competitor in the history of the show continues on to the semi-finals. With a pop “vibe” with EDM influences, Lili-Ann becomes herself a singer-songwriter and gets involved in the writing of all the pieces of her EP. Launched on September 30, 2019, his EP has accumulated more than 1 million streamings on digital platforms.

Recipe with the Chef Michele Forgione
August 13th, 2020 at 7:30PM
Because Italian gastronomy is always an important part of the Italian festival and culture, we present you for the first time a culinary capsule. Between laughter and passion, chef Michele Forgione shares a typical Neapolitan recipe: pasta Sciuè Sciuè! 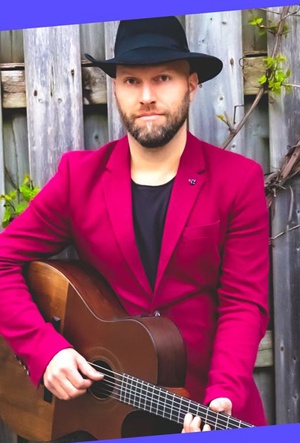 Marco Calliari concert
August 14th, 2020 at 8:00PM
Marco Calliari was born in Quebec but has always remained very attached to his Italian roots. With several albums to his credit and shows all over the planet, Marco has won the hearts of people with his interpretation of original songs as well as great Italian and Quebec classics. His latest album, Calliari Bang! Bang, who celebrated his thirtieth career anniversary, was released in 2019.

Kalàscima concert
August 14th, 2020 at 9:00PM
Explosive, energetic and captivating, Kalàscima is one of the most popular Italian groups. He reinvents traditional music by adding to the original and folk melodies a colorful mix of electronics and transcendent rhythm. Their latest album ‘’ K ’’ (2018) takes an unusual approach with a mixture of dialects and English accompanied by several traditional instruments, percussion, modern instruments and songs.

Comic show with Joe Cacchione
August 15th, 2020 at 7:30PM
Well-known comedian from the Italian community, Joe Cacchione will make us laugh during a thirty-minute show on Saturday August 15 at 7 p.m.  Once we understand that life has to be taken with humour, being a comedian becomes a more sensible choice. Joe Cacchione soon realized that it was his destiny to go on stage to “practice laugh therapy” with his audience. This year he is celebrating 32 years in the world of entertainment with more than 3000 performances under his belt. 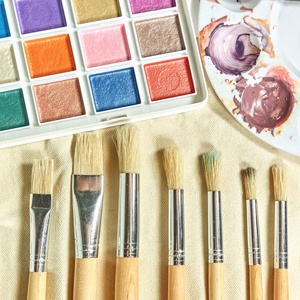 Mike Melino concert
August 15th, 2020 at 8:00PM
Mike Melino is a trilingual classical and jazz singer. He has built a rich professional career in the singing industry and has walked the stages of several events throughout Quebec, Ontario and Italy in addition to having won the Italian song contest Superfantastico (2005 and 2016). Recently, he performed in It Shoulda Been You (2018) with the Segal Center for The Performing Arts and Mamma Mia! (2019) with the Just for Laughs team.

Art class for children
August 16th, 2020 at 10:30AM
What could be better for developing creativity than an art class? Artist Frank Caracciolo will share his techniques to inspire young people to create passionately! 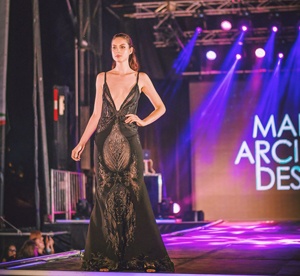 Fashion Show, Moda sotto le stelle
August 16th, 2020 at 8:00PM
The festival wouldn’t be complete without the traditional fashion show featuring Italian-canadian designers. Their know-how will impress you on Sunday August 16th from 8 p.m. in an unusual virtual format!

Everything You Ever Wanted To Know About Mal’occhio with Agata De Santis
August 19, 2020 at 7:30 pm
Following his very popular documentary, Mal’occhio, Agata De Santis presents us for the tenth anniversary of the film, the launch of the book of the same title.

Webinar – It Happened in Italia
August 20th at 7 pm
In this webinar, discover Elizabeth Bettina’s documentary about the amazing story of a small village in Italy that came to the aid of Jews during the Holocaust.

Nicola Ciccone concert
August 21st, 2020 at 8:00PM
Nicola Ciccone, a Québécois of Italian descent, is an impressive singer-songwriter who sings in English, French and Italian. He has been nominated numerous times at the Gala de l’ADISQ and the Juno Awards during his long career. In 2014, he launched a double album containing his 100th song, demonstrating the magnitude of his 15-years career. In 2016, he launched his most recent album ESPRIT LIBRE, with his great accomplice Peter Ranallo, which shows a renewed sensitivity.

Ari Skye is 15-year-old singer from Montreal. In 2017, she was crowned the winner in the kids’ category of Superfantastico, a local Italian singing competition. She’s been featured as Super Kid on Global TV and several local newspapers. On January 2018, she won the singing competition Anjou STAR. In March 2018 she was featured on an episode of Videotron’s MAtv where she introduced her new single “Look Into My Eyes”. In 2019, Ari Skye released her first original single ‘Warriors”.

Charles Vaccaro, a native Montrealer, is also an accomplished singer songwriter and rock guitarist. As the founding member of the 80’s rock band LIPSTIK, he was instrumental in the group gaining notoriety until the early 90’s. Last year, Charles released his single “Con Te”, written and composed in Italian. Presently playing the role as scout for young talented Montrealers, in 2017, he discovered an incredibly talented young artist and under his guidance, Ari Skye released her first single.

“Voice and Heart” is the best way to describe Alexander. He had his first stage performance at the age 4 and then continued to develop his skills by being part of several children choirs before moving onto becoming a soloist. He won several large singing competitions including Superfantastico in 2016. Most recently, Alexander has been cast to be part of Acapop! KIDS, a Warner Records music brand, and he is thrilled to be the first Canadian boy to be part of this.

Québecois Canadian singer, songwriter, musician and producer, Kevin was 17 years old when his first album, “Mystery Love” was released. At 23 years old, Kevin was crowned the winner of La Voix III. In 2017, Kevin opened up Bazinet Studio where he dedicates his time to mentoring and supporting young and old that have a passion for singing. With the launch of FREEDOM in 2019, Kevin presents us with a redefined style of music that is closer to the 1980’s.

Classical lyric concert
August 23rd, 2020 at 8:00PM
On Sunday, August 23 at 8 p.m., to close the festival, let yourself be transported by grandiose opera songs thanks to an impressive quartet of singers: Raphaelle Paquette (soprano), Rose Naggar Tremblay (mezzo), Hugo Laporte (baritone) and Éric Thériault (tenor) accompanied on the piano by Giancarlo Scalia, under the artistic direction of Salvatore Sciascia. They will make you discover the best pieces of the most famous operas during an exceptional and captivating concert. Dive into Italian operas and let yourself be carried away!