Orientalys is a free festival fully devoted to the meeting of Eastern and Western cultures, celebrating a diverse, avant‐garde and open-minded Montreal.

Every year in summer, the Old-Port moves to the beat of bold fusions and original shows crossing three continents from North Africa to China, by way of Spain, Turkey, Syria, Lebanon, Iran Cambodia, India and Japan as well as many other Eastern countries! Performances, workshops, animation, exhibitions and activities for children and adults are on the program each year – all around a veritable Oriental Medina! 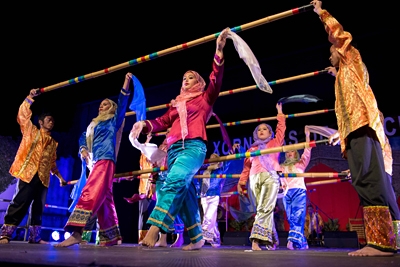 In this place of sharing and exchanging, festival-goers can wander around a unique spot, enjoying the benefits of argan oil and soft soap, discovering the atmosphere of gentle evenings under a nomad tent, or negotiating for a distinctive handicraft item. And booths offering fine dishes from around the world will flatter the taste buds of food-lovers.

“The Festival Orientalys is an invitation to become immersed in the multiple cultures of the Orient,” said the Honourable Pablo Rodriguez, Minister of Canadian Heritage and Multiculturalism. “Its rich and varied program welcomes us on a voyage of discovery, appealing to all our senses. What a wonderful way to put Oriental cultures in the forefront and to contribute to the city’s cultural diversity!”

Shows on the TD Stage

Each evening, the TD Stage will be celebrating an Orient that is age-old but also contemporary, through an array of artists from Morocco, Algeria, Tunisia, Egypt, Iran, India, China, Japan, the United States and, of course, Canada.

With a spirit that leads joyfully to exuberant dancing, the Orchestre Chaâbi de Montréal will kick off Orientalys through a show immersing the audience in a popular musical world with Arab-Andalusian origins, tinged with festive North African accents. Desert aficionados will be delighted by the first Montreal performance by Tikoubaouine and their Tuareg blues, called tichoumaren. These “veiled men” from far-away dunes will lead us to a nomadic world that city-dwellers can scarcely imagine. Dance fans will be thrilled by Shahorkh & Karine, the Andalusian Persian!, with the two dancers who held the audience spellbound in the original show Alep Ya-la-lal-li (FMA 2017) engaging in a breathtaking pas de deux with synchronized romances and sidesteps. 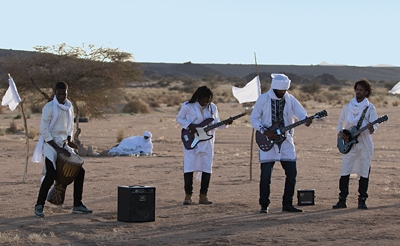 The festive atmosphere will culminate with the first visit by the great Algerian star of song Nada Al Raihane, who will galvanize an audience hungry for her vocal prowess in a performance worthy of the most North African of summer evenings.

A journey to the Far East will lead us into the heart of the Forbidden City to discover the treasures of an age-old China through the enticing dance steps of the troupe Hua Yun. The Asian odyssey of Orientalys continues to the Land of the Rising Sun, where the audience will feel each reverberation from the roar of the Japanese drums of the group Komachi.

A final tribute will be paid at this ninth annual Orientalys to the radiant man from Marrakesh, Hamid Zahir. Gnawa master Fathallah Cherkaoui will explore the heritage of this singer of Moroccan festive music, alongside the astonishing and unsurpassed Jennifer Grout, the daring American singer who immersed herself passionately in Arabic music. This original feminine touch in gnawi music promises an array of added emotions in this two-voice tribute. 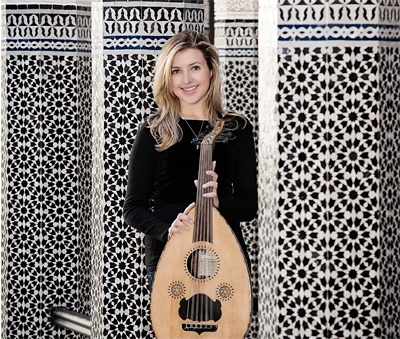 In closing, the TD Stage will open the floor to the new generation of Algerian music, inviting Youba, an artist noted for his meteoric rise, to give his first North American performance. He will delight the audience with his hits showing Middle Eastern, raï and flamenco influences in an explosive urban style.

Shows on the Medina Stage

Set at the entrance of the site, the Medina Stage will greet festival-goers with open arms, inviting them to plunge into the exhilarating colours, scents and sounds of its souks. Throughout the four days of festivities, the public can immerse itself in an array of shows reflecting multiple nationalities, in disciplines ranging from dance to music, martial arts and picturesque wedding rites, along with musical animations put on specially by DJs with a gift for celebrating, such as Wu-Sen, Daneshou and others.

With the traditional celebrations, parades, handicraft exhibitions and varied workshops, Pays d’Orient invites the public to a moment of gathering and sharing through interactive performances and non-stop animation activities. This extraordinary souk, with its hubbub of music and commotion of rejoicing, evokes all the voluptuousness of this imaginary Orient.

In the Workshops tent, the public will discover the traditional arts of the countries of the Orient through interactive features. A yoga master, dancers, musicians and craftspeople will offer free workshops in embroidery, sculpture, body painting, calligraphy, dance and initiation to various instruments along with other Oriental explorations for young and old alike.