Under the direction of Kent Nagano, a massed chorus and orchestra joined by four soloists including Leslie Ann Bradley and Mario Bahg will launch the eighth edition of the Classical Spree with a performance of Verdi’s Requiem. A great master of the opera, Verdi gave this work a truly theatrical dimension: profound vocal lyricism, powerful choral and orchestral forces and the famous Dies Irae with its striking effect. Join the OSM and more than 400 choristers at the Olympic Park to experience this special, highly charged and powerfully emotional moment. 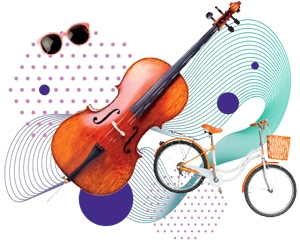 Canada’s largest urban classical music festival
The OSM invites you to the 8th edition of its Classical Spree, held in a perfect summer setting for festivities and gatherings. This one-of-a-kind festival in North America features 31 indoor concerts in addition to a multitude of free activities – and as many opportunities to discover classical music in new ways.

Masterful performers of all generations will dazzle you with symphonic concerts, chamber performances and recitals. To broaden the horizons of musical discovery, we also propose concerts of Indian classical music and performances by Indigenous artists.
Come see the music