This year marks the 22nd Anniversary of the Montreal Chamber Music Festival; a festival that attracts some of the world’s finest classical musicians. The festival had its genesis when Founder Denis Brott C.M. and his wife Julie mapped out their dream of hosting a music festival dedicated to classical chamber music. Since then, the number of festival concerts has increased to provide a month of classical music, a Saturday evening jazz series and several Prestige Concerts prior to the festival itself. 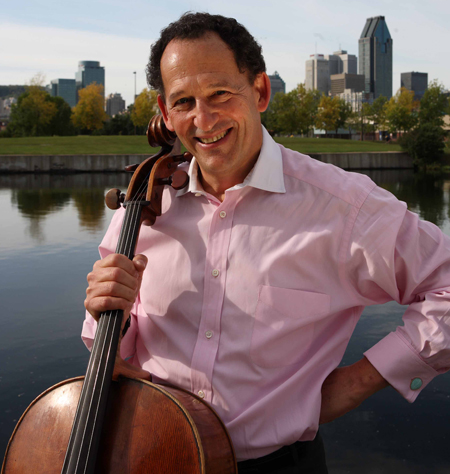 The concerts are recorded and broadcast by CBC Radio, Public Broadcasting Services (PBS) in Boston and Mountain Lake Television, a PBS affiliate.

The theme for this year’s festival is Beethoven: Passion Romantique, dedicating the 22nd season to the spirit of Beethoven, the great composer who represents the transition from the Classical to the Romantic era.  Founder and Artistic Director Denis Brott has featured the music of Beethoven in almost all of the upcoming Festival concerts, anchored by the performance of the complete Beethoven string quartets over six concerts by the extraordinary Dover Quartet, who have “enjoyed a “rise to the top [that] looks practically meteoric” (Strings Magazine).

Denis Brott comments:  “Like no other composer, Beethoven ushered in a new musical language inspired by the French Revolution’s Liberté, Égalité, Fraternité.  Beethoven’s remarkable prowess and indomitable spirit has influenced all music since, and his emotional expression and compositional innovation continue to inspire and resonate. The Festival celebrates his genius with gratitude and gusto in 2017.”

This 22nd Festival season, which was preceded by a three-concert “Prestige Series”, features many more extraordinary artists, including superstar Canadian pianist Jan Lisiecki, a world premiere by Yoav Talmi, the Israeli Chamber Project, the Rolston String Quartet, the always-popular jazz series with Rémi Bolduc, Robi Botos, and Natalie MacMaster. A total of 43 events, at all times of day, fill out the Festival schedule for more concerts, more free events, and more Beethoven than ever before. 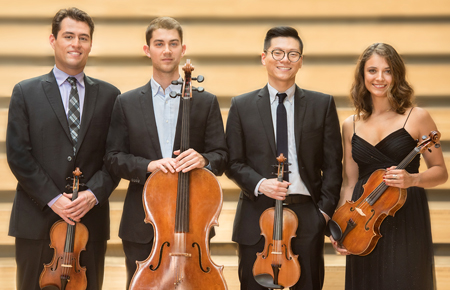 Described by The New Yorker as “the young American string quartet of the moment,” the Dover String Quartet catapulted to attention after sweeping the 2013 Banff International String Quartet Competition, and has quickly become a major presence on the international scene. With its burnished warmth, incisive rhythms, and natural phrasing, the quartet’s sound is “so distinctive as to be identified within mere minutes” (Philadelphia Inquirer). The Dover Quartet will perform the complete Beethoven String Quartet cycle for the Festival, taking place over six concerts, all at Pollack Hall:  May 26, 28; June 2, 4, 9, and 11.

The Dover Quartet also joins current Banff International String Quartet Competition torch bearers, the Rolston String Quartet for a concert of award winners on Thursday, June 8 at 7:30 pm at Pollack Hall.  Music will include Mendelssohn’s famous String Octet, Op. 20 and the Quebec premiere of Quartet No. 1 by Zosha di Castri, which was written for last summer’s Banff competition.

The art of Jan Lisiecki 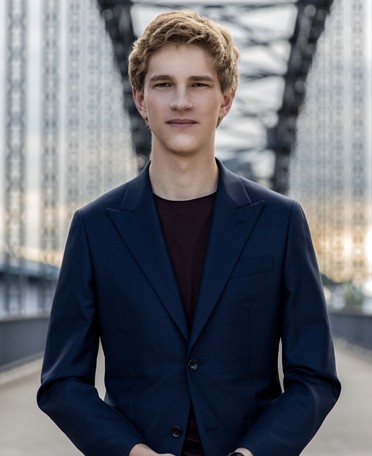 Jan Lisiecki first performed with an orchestra when he was just nine, and has since performed with New York Philharmonic, Orchestre de Paris, BBC Symphony Orchestra, Rotterdam Philharmonic Orchestra, National Arts Centre Orchestra, Montreal Symphony Orchestra and many others. He has an exclusive recording contract with the prestigious Deutsche Grammaphon; and at 22, he has a very bright future. The Festival is thrilled to present two concerts featuring this spectacular young pianist. Lisiecki has won acclaim around the world for his extraordinary interpretive maturity, distinctive sound, and poetic sensibility.  The New York Times has called him “a pianist who makes every note count” while Classic FM, praising his most recent album for Deutsche Grammophon, wrote:  “he may be young but Jan Lisiecki plays like a legend.” Jan’s new album of orchestral works by Chopin, with the NDR Elbphilharmonie Orchester, also for Deutsche Grammophon, was released in March.

On Wednesday, June 14 at 7:30 pm at Pollack Hall, Jan is joined by cellist Denis Brott in a recital of works by Bach, Beethoven, and Chopin. Then, on Friday, June 16 at 7:30 pm, he performs a solo piano programme including works by Beethoven and Chopin, closing with an arrangement for piano and string quintet of Beethoven’s Piano Concerto No. 4 in G Major, with the Festival Strings. 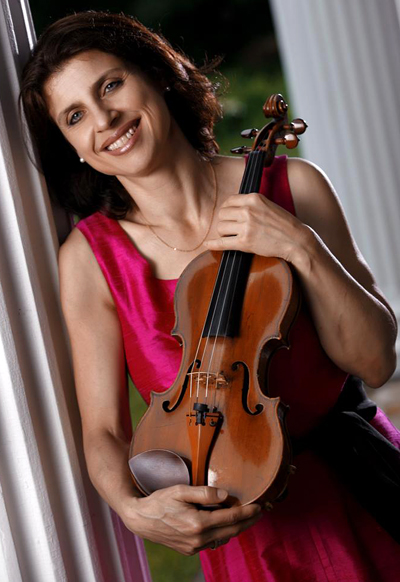 The Israeli Chamber Project comes to the Festival for two concerts at Pollack Hall, both with premieres. This dynamic ensemble, based in both Israel and New York, comprises strings, winds, and piano, all of them brilliant, prize-winning players.  Time Out New York calls them “a band of world-class soloists … in which egos dissolve and players think, breathe and play as one.”

On Tuesday, June 13 at 7:30 pm, clarinettist Tibi Cziger and cellist Michal Korman are highlighted in the Canadian premiere of Shulamit Ran’s Private Game for clarinet and cello. They are joined by pianist Assaff Weisman, violinists Yehonatan Berick and Carmit Zori, and violist Nitai Zori, for works by Bartók, Weber, and Brahms.  The concert on Thursday, June 15 at 7:30 pm, features the world premiere of Quintet for Clarinet by acclaimed Israeli conductor, composer, and pianist Yoav Talmi, well-known to Quebec audiences following his 13-year tenure as Artistic Director of the Quebec Symphony. Talmi will be joined by his colleagues including pianist Alon Goldstein in a concert that will include Dvořák’s Slavonic Dances for four hands and Quintet for Piano and Strings No. 2. 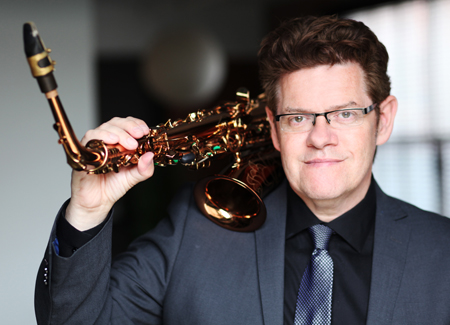 Rémi Bolduc kicks off the TD Jazz series with Tribute to George Shearing: Lullaby of Birdland

The Festival’s popular TD Jazz Series always brings in tremendous artists from home and away for three fun-filled evenings. The three Saturday night concerts all take place at Salle Bourgie, at 7:30pm.

On June 3, Canadian saxophone icon Rémi Bolduc brings his dazzling virtuosity, refreshing style and magnetic stage presence to the Festival for a new program:  Tribute to George Shearing: Lullaby of Birdland. To salute the legendary pianist, Bolduc brings along a group of outstanding musicians including François Bourassa, piano, Neil Swainson on bass, Pat Labarbera on tenor saxophone, and drummer Rich Irwin, for an unforgettable evening.

Robi Botos is a virtuosic pianist, rooted in everything from Eastern European folk to classical to modern jazz. The Oscar Peterson protégé, and recent Juno winner for “Jazz Album of the Year” for his Movin’ Forward, takes the stage on June 10 with bassist Mike Downes and drummer Larnell Lewis.

To close out the jazz series on June 17, the Festival welcomes beloved Cape Breton fiddler Natalie MacMaster and her quartet.  Over the course of 11 record releases, including numerous gold albums, and three decades of performing thousands of live shows, often collaborating with a multitude of world renowned artists, MacMaster has remained true to her traditional and invigorating jigs, reels, and strathspeys, always leaving her audience clapping and hollering for more.