Battle of The Bands

Nostalgia in the house! It’s guaranteed when we raise the curtains on this utterly unique show transporting us all back to the New York ballroom era of the late ’30s! This 6th edition of the Battle of the Bands faces off two legendary combos, the Glenn Miller Orchestra and the Tommy Dorsey Orchestra, who have already crossed swords (and trombones) in ballroom battle once before—a joust won by Miller’s men—in the very first edition in 2008. Did somebody say Revenge Match? 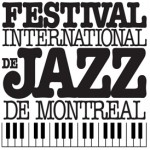