Back for another year at Just For Laughs, Brit(ish) boasts a lineup of some of the funniest comedians from across the pond. Host Tom Allen, will be joined on-stage with special guest, Dara Ó Briain, Fern Brady, Nish Kumar, Phil Wang and Sindhu Vee! 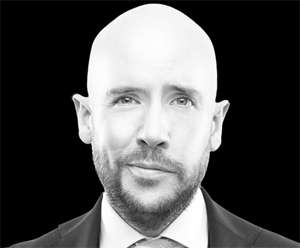 A household name with his signature acerbic wit and riotous storytelling, Tom Allen is a star on both stage and screen. Tom is the hilarious host of The Apprentice: You’re Fired and co-hosts Cooking With The Stars, Bake Off: The Professionals and he is also a regular on Bake Off: An Extra Slice and Alan Carr’s There’s Something About Movies. Other television appearances for Tom include Live At The Apollo, A League Of Their Own, Hypothetical, 8 Out Of 10 Cats, Cats Does Countdown, Would I Lie to You, The Last Leg, QI, The Jonathan Ross Show, The Royal Variety Performance and many more.

Tom Allen’s sold out Absolutely tour of 2018 and 2019 was extended multiple times, selling over fifty-thousand tickets, including an unforgettable sold-out show at The London Palladium which was filmed and broadcast on Channel 4 in 2019.

If he wasn’t busy enough Tom has also written his critically acclaimed Sunday Times bestseller memoir, No Shame which is now available in paperback and audiobook. 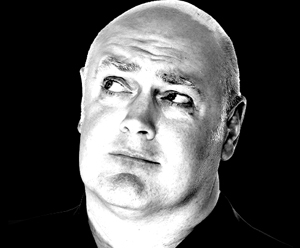 Dara’s latest show Voice of Reason has been performed across the globe, touring in UK and Ireland, Scandinavia, mainland Europe, Australia and the Middle East. It was filmed and released as a BBC special in 2019.

In September 2017 Dara released his first children’s book ‘Beyond the Stars’ (Scholastic), a hilarious journey through the solar system and our galaxy, it has been nominated for the Blue Peter Book Award for Best Non Fiction. In 2018 the follow up ‘Secret Science – The Amazing World Beyond your Eyes’ was released to great critical acclaim. 2020 will see the release of Dara third childrens book ‘Is There Anybody Out There’

Dara has also released five best-selling DVD’s with Universal Pictures. He will be on a world tour in 2022 and 2023 with his new show, ‘So Where Were We?’ 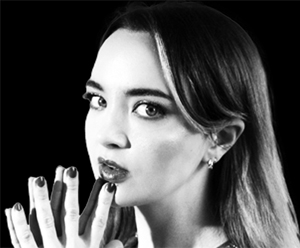 Fern one of the UK’s hottest comedy stars. As seen on Live from the BBC, Live from the Comedy Store, The Russell Howard Hour, and Live at the Apollo, Frankie Boyles New World Order and her own tv show ‘British As Folk’.

Featured in Vogue as one of the Top 5 Female Comedians as well as the Telegraph’s top 5 young comedians to watch, Fern’s career has gone stratospheric in the last 18 months. Her last special ‘Power and Chaos’ was broadcast on BBC1 and she’s just finished a sell out tour of the UK and Australia. Additionally to stand up, her debut novel ’Strong Female Character’ is coming out later in the year. 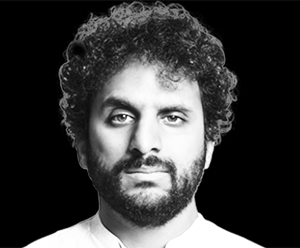 Critically acclaimed comic, internationally famed meme & wonderfully nice gentleman, Nish Kumar is a comedian, and a bloody good one at that (Time Out). Nish has achieved huge success on the stand-up circuit with five rave reviewed solo stand-up shows at the Edinburgh Fringe Festival, two of which have been nominated for the prestigious Comedy Award for Best Show in both 2015 & 2016. During the Coronavirus pandemic Nish created and starred in a new series ‘Hello America’ for the short lived American streaming platform Quibi and hosted the ‘Late Night Mash’ on Dave. Nish is now currently on tour in the UK with his new show ‘ Your Power, Your Control.’

Phil Wang is one of the UK’s most exciting stand-up comedians, who recently recorded his first Netflix special at the London Palladium which was released on August 10th 2021. He has appeared on countless shows including hosting Live at the Apollo (BBC2), Have I Got News For You (BBC1), QI (BBC2), Would I Lie to You? (BBC1), 8 Out of 10 Cats Does Countdown (C4), Roast Battle (Comedy Central), Drunk History (Comedy Central), The Great British Bake Off: Extra Slice (C4) and appeared as a regular guest throughout series 7 of Taskmaster (DAVE). Previously, Phil recorded a fifteen-minute stand-up special for Netflix as part of The Comedy Lineup, one of only two non-US acts in the series. 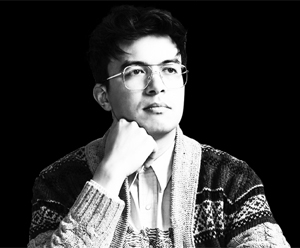 Phil’s first book, Sidesplitter, was released on September 16th to critical acclaim, featuring on The Times and Sunday Times books of the year list. He has also written and starred in his own Radio 4 special, Wangsplaining which won Best Scripted Comedy (Longform) at the 2020 BBC Audio Awards, and in two series of Daphne Sounds Expensive for Radio 4 with his Foster’s Newcomer Award nominated sketch trio, Daphne. He has also fronted an original audio series on Audible called Phil Wang Hates Horror, co-hosts the hit podcast BudPod, and recently presented an episode of Radio 4’s Archive Hour entitled Disorienting.

Phil has performed at international comedy festivals including Montreal’s Just for Laughs Festival, the Melbourne International Comedy Festival and the New Zealand Comedy Festival. His latest critically acclaimed live show, Philly Philly Wang Wang, broke records at the 2019 Edinburgh Fringe, selling out its entire run before the festival even began, and subsequently selling out a final extra show in the 750-seater Pleasance Grand. His subsequent national tour was extended due to phenomenal demand and included two shows at the London Palladium. 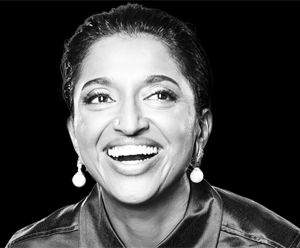 Sindhu Vee is an award-winning comedian, writer and actor. Since swapping a career in investment banking for one in comedy, Sindhu has fast become one of the most exciting and sought-after talents on the UK circuit. In 2018 Sindhu took her eagerly-anticipated debut hour, Sandhog, to the Edinburgh Fringe and was nominated for the prestigious Edinburgh Comedy Award for Best Newcomer. After the Fringe, Sindhu took Sandhog to the Soho Theatre for two soldout runs and on a hugely successful 92 date UK tour.

Sindhu’s television career is firmly established. She has twice appeared on BBC Two’s Live At The Apollo, most recently as host, and has guested on BBC panel shows Mock The Week, QI & Have I Got News For You. Sindhu is also a sought after actor, with roles in the critically acclaimed Netflix shows Feel Good and Sex Education in 2020 and the recent announcement of her casting as Mrs Phelps in upcoming Netflix feature film adaptation of Matilda.

In 2018 Sindhu wrote and hosted her own series, Sindhustan, on Radio 4. She returned to the station last summer with her new series, Things My Mother Never Told Me About Lockdown. Sindhu also co-hosts the Child Labour podcast with Stuart Goldsmith for Radio X.

Sindhu also has a strong international fanbase. She has performed to sold-out houses in India, plus performed her stand up for NDTV’s Rising Stars of Comedy.