Dawn Tyler Watson’s family moved from England when she was a toddler, settling in London, Ontario. “My parents deliberately chose a smaller city over Montreal or Toronto, thinking that that would be a better place to raise their children. I had a great childhood growing up in London. That said, we were the only black people in the neighbourhood and the only black kids in the school. Music came to me and has always been a part of my life. My parents were devout Catholics, and we sang in the church choir. I went to St. Peter’s Choir School and learned the violin. But things changed when my brother brought home a guitar! I just had to try it!” To this day, Dawn still plays guitar, accompanying herself when she does solo performances at senior’s residences. 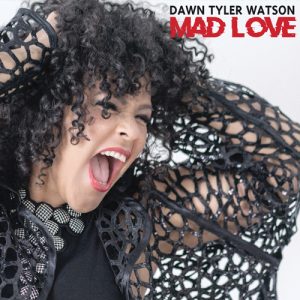 Dawn sang at every opportunity. “I date myself when I say that my friends and family always said ‘You should be on Star Search’; a US talent show that ran from 1983 – 1995. In high school Dawn became what she describes as a “wild child.”

“One of my best friends had moved to Montreal and was enrolled in the Concordia University jazz program. She could tell that I was heading in the wrong direction and encouraged me to take the entrance exam and audition for the same program. I did and was accepted.”

“I fell in love with Montreal right from the start. I was working in the hospitality industry, attending classes, and singing whenever I could get a gig. I eventually got a job singing in a wedding band, and we worked frequently enough that I could just do music.” Dawn continued her studies at Concordia and earned her degree in Jazz.

“In ’97 I was asked to sing on an album being produced by Preservation Records. The session included Rob Lutes and Angel Forrest. I did three tracks for them, two that I wrote, and I guess you could say that I got noticed.” 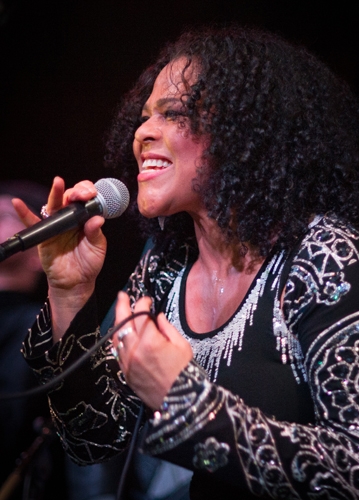 ‘Noticed’ is a bit of an understatement. The following year Dawn Tyler Watson was singing on the Blues Stage before ten thousand fans at The Montreal International Jazz Festival, the world’s largest jazz festival! The studio band from the recording session had become the Dawn Tyler Blues Project. “When I stepped out on that stage, I thought to myself; ‘Holy shit – I guess I’m a blues singer now!’  Dawn had lived with a mental condition called Imposter Syndrome, whereby she did not believe that she was as good as audiences thought she was, despite the ringing applause at her performances. “With that show at the Jazz Fest, I overcame a lot of that self-doubt.” Dawn would go on to be a regular at the Montreal International Jazz Festival. “I’m very proud that I’m one of the few local artists that is asked back almost every year.”

Performing at the Jazz Fest increased Dawn’s reputation and she was working continuously. She recorded another album for the Preservation label; this one called Ten Dollar Dress.

Dawn became bilingual, and her ability to speak with audience in French and sing in French opened a wider market for her throughout Quebec. “I feel very comfortable on stage, and my job is to tell a story.”

Dawn began performing acoustically with renowned blues guitarist Paul Deslauriers. “In 2007 we recorded En Duo and Southland in 2013. We toured extensively in France, Moscow, The Caribbean and of course North America. We performed together for 14 years. By the time we recorded Southland, I was singing more jazz, and we came to realize that our act had run its course.”

Dawn in the movies: In 2004, Dawn co-starred in a movie with Roy Dupuis about Montreal nightlife in the 1930s. Dupuis played the role Jack Paradise, a popular jazz pianist. In the role of the band’s singer Curly Brown, Dawn had an on-and-off relationship with Jack Paradise. “The film did well, and the soundtrack also did well. My agent wanted me to continue in acting, but I decided to stick with singing. However, my acting experience did help my stage presence.” 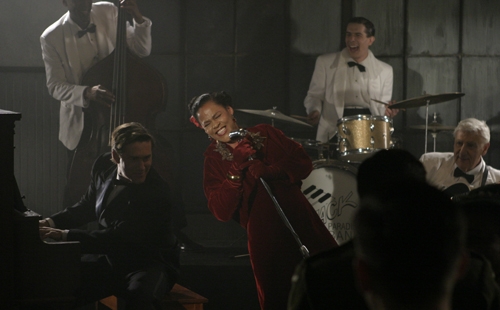 Dawn co-starred with Roy Dupuis in a film titled Jack Paradise: Montreal by Night, set in the ‘30s with Dupuis as an in-demand jazz pianist and Dawn as the band’s sultry vocalist

Dawn’s magnetic stage presence has promoters repeatedly asking her back for return engagements. That ‘presence’ is the result of a natural charisma that has been further developed by hard work, even going back to her busking days on Ste-Catherine Street. “Busking taught me how to stop people in their tracks. I’d make it my mission to get that next person walking towards me to stop and listen. I use a lot of intention when I sing, and I started to perfect that when I was busking.” Dawn adds, “I like to approach an audience with the idea that this isn’t my show, it’s our show – the audience is part of it.”

Dawn also honed her ability to reach people while performing in seniors’ residences. “I started doing that in ’92 to earn extra money while studying at Concordia. I play all the old songs that they love, and we do lots of sing-alongs. Some of the residents with dementia remember the words and re-connect with songs like ‘Let Me Call You Sweetheart.’ I still do those mini shows regularly. My life is more enriched from those performances.”

In 2014, Dawn began performing with the Ben Racine Band, a seven-member blues band with a horn section. The band has a powerful sound that matches Dawn’s strong vocal performances. “As I get older, I’ve noticed that my voice is actually stronger.” Their big sound and dynamic shows were popular with festival organizers, and the band worked regularly. In 2017 they entered the world-famous International Blues Challenge in Memphis. This is the Big Daddy of blues band competitions, and that important show almost didn’t happen.

“About three months before the competition, my doctor noticed that my blood pressure was unusually high and ordered a stress test. A few days before the test I was feeling weak and went to the hospital on a Wednesday for an angiogram. They did some tests and the doctor asked; “What are you doing on Friday? We want to operate because you have blockages of 82 to 87 percent. I underwent successful open-heart surgery. The doctors told me that the recovery time is three to six months. We had that competition in Memphis, and I was determined to make it.”

“Just before my operation, we had won the Quebec blues band competition, and I was convinced that I would be able to make it to Memphis. We raised the money to fly our eight-piece band, and three months after open-heart surgery I was on the stage with the band.” 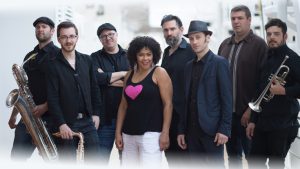 Dawn and the Ben Racine Blues Band not only made it to the competition, but they also won first place! “We kicked butt and won over 260 other contestants. Bands from places where they invented the blues; places like New Orleans, Chicago, Kansas City, Mississippi, Louisiana, you name it – we beat them all! Seven white guys and me from Montreal, Quebec.”

“That win was a huge shot in the arm for us. We were booked into more and bigger festivals. We performed on a Blues Cruise. And then the next album Mad Love won the JUNO. The only unfortunate part is that because of COVID, we didn’t get to tour the album and take advantage of winning the award.”

“For me, participating and winning the International Blues Competition was also a moral victory. That Imposter Syndrome had started to creep back in, and I worried if I was good enough. Sometimes I feel like a doofus. I was humbled with that win – and at the same time I knew that we had earned it.”

“Hopefully, we’ll return to performing soon, and we’re getting ready to go back into the studio to record our next album.”