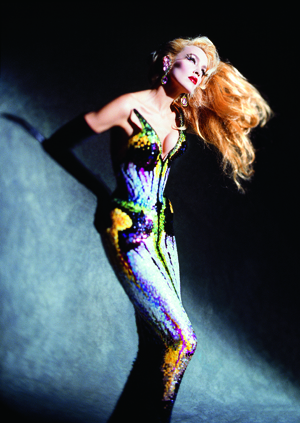 Thierry Mugler: Couturissime explores the multiple universes of Thierry Mugler, couturier, director, photographer and visionary perfumer. Initiated, produced and circulated by the Montreal Museum of Fine Arts (MMFA), in collaboration with the Clarins Group and Maison Mugler, this major exhibition traces the work of an original creative force who revolutionized fashion and haute couture.

“People have offered to exhibit my work a number of times, but the idea of simply looking back has never interested me. The MMFA with Nathalie Bondil and Thierry-Maxime Loriot were the right people, with the right approach, to reinvent the past with innovative staging, eclectic melanges and a new vision of my work. There is no future without a past, so I hope that this exhibition will inspire in its visitors a new creative future,” said Manfred Thierry Mugler. 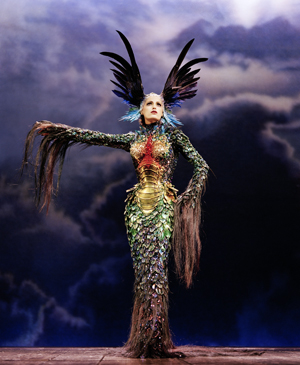 Nathalie Bondil, MMFA Director General and Chief Curator, explains: “Paying homage to couturiers, those contemporary artists, both with them and for them, is a source of pride for the Montreal Museum of Fine Arts… and for me personally, because there are very few in this exclusive world of haute couture who have created their own fashion house. I am proud to be able to share the masterful creations of Thierry Mugler. Metamorphoses, superheroines and cyborgs inhabit the work of this designer who perceived early on, and with considerable humour, the coming transhumanist revolutions. His sleek, elegant creatures, his dangerous seductresses, populate a world of glamour at the edges of reality. Subjects, rather than objects, of their sexuality, these women possess devastating humour and irresistible power. It is a privilege to unveil as a world premiere in Montreal – before they embark on an international tour – these fragile, preserved outfits, totally inaccessible to the general public.

This exhibition was created with the designer. I want to thank Thierry Mugler for his confidence and his talent that has inspired us so much over the years. I want to acknowledge the excellent research carried out by Thierry-Maxime Loriot. Thank you to Clarins Group and Maison Mugler for having restored this fashion heritage. Thank you to all those who have revealed the secrets of these demanding creative and artistic métiers. Thank you to the many teams who have done a phenomenal job. Mounting a fashion exhibition is a complex endeavour. It includes not only thousands of works, pieces and accessories to be assembled, but also – because we opted for a spectacular dimension of installation and setting – immersive special effects and exceptional sets. Welcome to the theatre of fashion. The curtain is rising!” 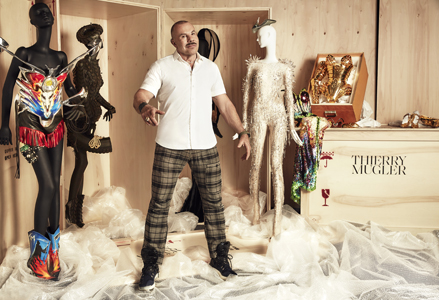 “Thierry Mugler not only left his mark on his era, he revolutionized fashion with his creations in sculptural forms that are both futuristic and elegant. He staged the most spectacular fashion shows and breathed new life into haute couture, notably through the use of new materials such as metal, latex and faux fur. His distinctive style transcended trends, and continues to influence a new generation of couturiers,” notes exhibition curator Thierry-Maxime Loriot.