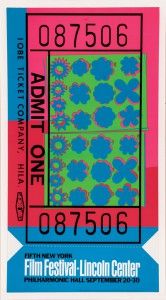 Running through to March 15, 2015, the Montreal Museum of Fine Arts presents Warhol Mania: A Brand-New Look at His Advertising Posters and Magazine Illustrations.

Superstar of the Pop Art movement, Andy Warhol was an illustrator, painter, printmaker, avant-garde filmmaker and music producer. Covering the span of Warhol’s career, 1949 to 1987, the exhibit features a multitude of magazine illustrations and some fifty posters.

From the Pages of a Magazine

Warhol began his career as a magazine illustrator, in New York City. This aspect of his work is well presented with his illustrated pages from Vogue, Seventeen, American Girl, Show Business Illustrated, Glamour, Harper’s Bazaar, Life, Mademoiselle, TV Guide, McCall’s and more. The work ranges from drawings of gloves, shoes, cakes and the joyful whimsy of McCall’s 1964 Holiday Hats spread to the more introspective Self-Portraits of a 1969 Playboy spread.

From Soup to Stardom

Though already successful as an illustrator, it was not until 1962 that Andy Warhol rose to fame. His unlikely catalyst – soup. Well, a series of Campbell’s Soup Can paintings to be exact. Advertisers were eager to capitalize on Warhol’s fame and sought him out to promote their products, events and causes. 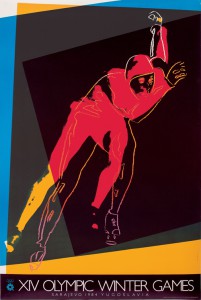 In the first exhibit hall, the posters displayed along one wall include a 1984 Sarajevo Winter Olympics poster depicting a speed skater, a 1984 Levi’s 501 Jeans store promotional poster, and two 1983 award-winning Perrier posters. On the opposite side of the hall, the famous faces of Aretha Franklin, Michael Jackson, Jimmy Carter, Diana Ross, Debbie Harry, the Beatles and Jane and Peter Fonda look out from posters and magazine covers. In the second hall, a video clip from a Warhol documentary discusses his first few years in New York City and his blotted-lines technique. 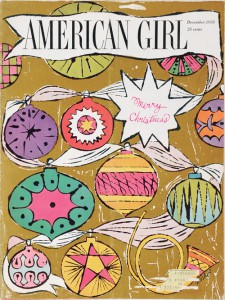 The pieces on display were amassed by art historian and curator Paul Maréchal. Maréchal’s passion for collecting Warhol began with the Warhol album cover for Paul Anka’s 1976 LP The Painter. From this genesis, Maréchal’s collection has grown to include fifty posters, close to a thousand illustrations from more than 400 magazines and more than 50 album covers. Not satisfied with merely appreciating his ever growing collection, Maréchal devoted his spare time to exhaustively researching the details of Warhol’s work. The result is three definitive Warhol catalogues. The first, Andy Warhol: The Record Covers 1949-1987, was released in conjunction with the 2008 MMFA exhibit Warhol Live: Music and Dance in Andy Warhol’s Work, and the next two, Andy Warhol: The Complete Commissioned Posters 1964-1987 and Andy Warhol: The Complete Commissioned Magazine Work, accompany the current Warhol exhibit.

This is a must-see exhibit for all Andy Warhol and Pop Art fans. 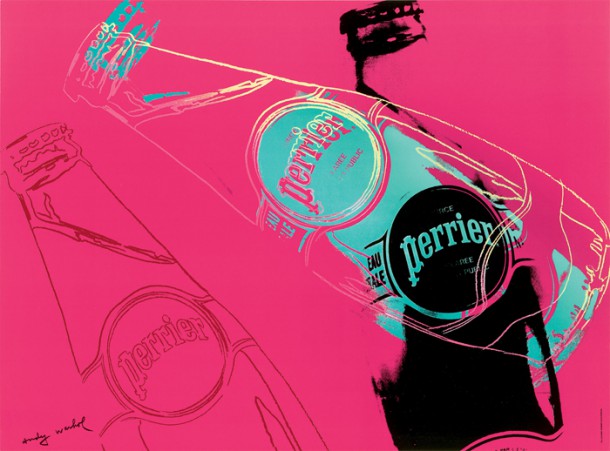