For well over a hundred years the Boston Pops have delighted audiences, and this year promises to continue that proud tradition. At Boston’s historic Symphony Hall, the 2013 season celebrates the “Best of Hollywood Film Music” with a great line-up.

“Since virtually everyone loves movies and movie music, I can’t think of a better season theme to draw our loyal audience and welcome new comers to experience the thrill of hearing this extraordinary music performed by the one and only Boston Pops in the remarkable setting of Symphony Hall,” says Boston Pops conductor Keith Lockhart.

Pixar in Concert (June 4 and 5) features the much loved scores from Wall-E, UP, Finding Nemo, Cars, Toy Story and A Bug’s Life accompanied by films clips that are projected onto a giant screen suspended above the orchestra. Both nights will conclude with – what is sure to become a sing-along rendition of – “You’ve Got a Friend in Me” from Toy Story. Film Night (June 7, 8, 11 and 12) will be led by 45-time Academy Award nominee and Boston Pops Laureate Conductor John Williams. Expect to hear the iconic music from Jaws, Star Wars, Indiana Jones and Harry Potter films.
Conductor Keith Lockhart, with more than 1400 Boston Pops concerts under his belt, will be leading the orchestra when two of the most popular singers from the worlds of television and Broadway take the stage. On May 23 and 24, Megan Hilty from television’s Smash and Broadway hits Wicked and 9 to 5: The Musical will wow audiences in her Boston Pops debut performing the likes of “Diamonds Are a Girl’s Best Friend”. Then on May 28 and 29, Glee fans will cheer for Matthew Morrison in an Evening of Song and Dance. Emmy, Golden Globe and Tony nominated, Matthew Morrison will channel the great Fred Astaire and Gene Kelly when he performs selections from his upcoming album of Broadway standards.

Why should your ears get all the fun? At Boston Pops concerts you can pleasure you taste buds, too! Simply pre-order a boxed dinner (choose from tenderloin, salmon, chicken, or appetizers and wine) and let the evening taste as good as it sounds.

Wondering where to eat the rest of the day? It is true that the city has many great restaurants, but Boston is also riding a food truck revolution. An unbelievable array of affordable, gourmet food choices circulate at Boston Common, Copley Square, City Hall Plaza and other central locations. Choose from Mother Juice, The Taco Truck, Lobsta Love, The Chubby Chickpea, Momogoose, Kick*ass Cupcakes, Roxy’s Grilled Cheese and more than a dozen others. Simply spot the hungry Bostonians eagerly waiting for their favourite roadside cuisine, or check out the list of food trucks, locations and times at www.cityofboston.gov/business/mobile.

Sounds of Summer at Tanglewood in the Berkshires

Every summer, since 1937, the Boston Pops pack their strings, woodwinds, brass and all, and head westward to Tanglewood. Summer home of the Boston Symphony Orchestra, Tanglewood is an inspiring open-air music venue located in Lenox, Massachusetts. Amid the scenic countryside of rolling hills, green forests and quaint towns of the Berkshires, the Tanglewood performances draw more than 300 000 visitors each year. From the Boston Symphony Orchestra to Joan Baez, and chamber music to the Bare Naked Ladies, this season offers something for every music lover. The Boston Pops will delight audiences with five concerts this summer. Following the baton of Keith Lockhart, the Pops will give a matinee performance featuring country music’s Vince Gill, on July 7. On August 6, Tanglewood on Parade spotlights the Boston Pops, the Tanglewood Music Center Orchestra, and the Boston Symphony Orchestra, with conducting honors shared by four renowned conductors: Stéphane Denève, Charles Dutoit (former artistic director of the Montreal Symphony Orchestra), Keith Lockhart, and John Williams. The evening will end with Tchaikovsky’s ultra recognizable 1812 Overture and a fireworks display.

Lenox and the surrounding towns are filled with the elegant mansions that date back to the late 1800’s. But even before the wealthy families of New York and Philadelphia came to summer in the Berkshires, the area was already drawing the creative elite. Hawthorne, Melville, Bryant and Thoreau were all inspired by the natural beauty and serenity of the region. An inspiring place to visit!

For information on accommodations and a complete list of concerts in Boston and Tanglewood please visit www.bso.org
Montreal to Boston is just under 500km (about 310 miles), approximately a 5 hour drive.
Driving from Montreal to Tanglewood takes about 4 hours and 15 minutes, covering a distance of 430km (about 270 miles). 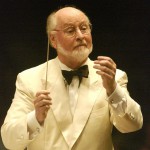 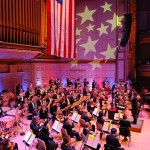 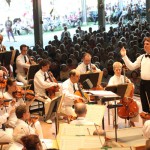 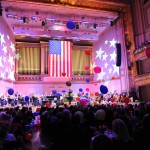