Alexandre Da Costa, considered a Rockstar of the violin, and the virtuoso jazz pianist, John Roney, will make us laugh and cry by merging classical, rock, blues, jazz and pop in this intimate and moving performance! 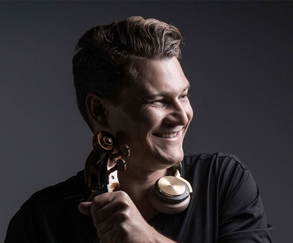 Juno Award winner and Longueuil Symphony’s Music Director and Chief Conductor, Alexandre Da Costa was born in Montreal, Quebec, Canada. He showed an uncommon interest for both the violin and piano at a very early age. By the age of nine, he had the astonishing ability to perform his first concerts with stunning virtuosity on both instruments, which brought him recognition as a musical prodigy. His chosen professional career as a violinist began very early and, after encouragement from Charles Dutoit, he was soon performing regularly as soloist with orchestra as well as in recital.

At age 18, he obtained a Master’s Degree in violin and a First Prize from the Conservatoire de Musique du Québec. Concurrently, he also obtained a Bachelor’s Degree in Piano Interpretation from the University of Montreal. Subsequently, told he had to choose one instrument, he studied in Madrid at the Escuela Superior de Musica Reina Sofia with a legendary violin teacher who became his mentor, Zakhar Bron (whose previous students famously include the likes of Maxim Vengerov and Vadim Repin). He later pursued post-graduate studies at the Universität für Musik und Darstellende Kunst of Vienna, Austria, with G. Schulz, C. Altenburger and R. Honeck, and is currently completing a research PhD. Among the many other prizes that followed were the Sylva Gelber Foundation Award from the Canada Council for the Arts, and in 2003 the Council’s Musical Instrument Bank decided to go further and award him the “1689 Baumgartner Stradivarius”. In 2010, he received the prestigious Virginia-Parker Prize, one of Canada’s highest cultural distinctions.

Winner of many national and international first prizes, including the International Violin Competition Pablo Sarasate, Alexandre Da Costa has given close to two thousand concerts and recitals throughout North America, Europe, Australia and Asia. He has performed the major halls of Vienna (Musikverein), Berlin (Philharmonie), New York (Carnegie Hall), Beijing (Poly-Theater) and beyond. He has played and recorded as guest soloist with more than a 100 different orchestras including London’s Royal Philharmonic, the Vienna, Berlin, Montreal and Toronto Symphony Orchestras, the Dresden, Bergen, Buffalo and Prague Philharmonic Orchestras, the BBC Concert Orchestra, the National TV and Radio Orchestra of Spain, the YOA Orchestra of the Americas and many more. Alexandre Da Costa is also active as a chamber musician and has recently recorded the complete Brahms sonatas, alongside pianist Wonny Song.

Alexandre Da Costa has trained as a conductor with Christian Schulz in Austria and Josep Caballé Domenech in Germany. While working on his doctorate in Australia, he was Musical Director of the Western Australian Academy of Performing Arts Symphony Orchestra and Chamber Music ensemble. He recently conducted the Vienna Symphony, the Queen Sofia Chamber Orchestra in Madrid, the Fremantle Chamber Orchestra and the Virtuosos of Venezuela Symphony Orchestra.

Alexandre Da Costa plays the “Deveault” Stradivarius of 1701 loaned by his friends Guy and Maryse Deveault. 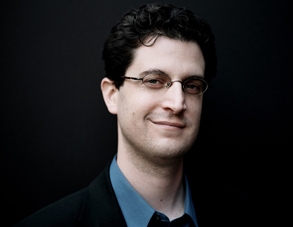 Pianist John Roney is one of the most active and visible artists on the Canadian music scene. His versatility as a jazz pianist, classical pianist and composer is unrivalled, demonstrating a mastery of an astonishingly vast range of artistic abilities and sensibilities. Obtaining his baccalaureate in jazz piano, classical piano, and composition from University of Toronto in 2000, he went on to complete his Master’s degree at McGill University in jazz performance.

Since settling in Montreal, he has captured the attention of the local jazz scene, and performs frequently with local and international artists. His musical collaborations with Chet Doxas, Remi Bolduc, Effendi JazzLab, Bernard Primeau and Jean-Christophe Béney have led to various tours throughout Canada, Europe, and the Middle East, and numerous recordings for CBC RadioCanada, Global Television, JustinTime Records, Effendi Records, and Swingin’Time Productions and at performances throughout Canada and Europe. His work with classical soprano Natalie Choquette has led to performances all around the world including Canada, Japan, China, Europe, and western Africa.