Through a 50-year career in newspapers, as a foreign correspondent and editor of The Globe and Mail, Norman Webster was an eyewitness to history, covering Canadian and world leaders through crises foreign and domestic, as well as the people they governed. With an eye for truth, detail and the broader significance of each event and player, this book is a collection of the columns he crafted with his strong narrative voice and often irreverent style. 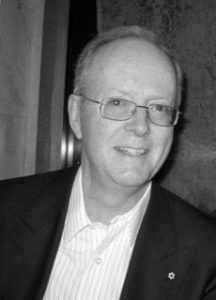 Launched on Thursday, November 26; “Newspapering” has become an instant best seller; with the distributor reporting delays of up to seven days to fulfill orders.

Norman has a conversational style of writing that made him a favourite for his legion of readers. He was a courageous reporter, accepting postings and assignments in countries that simply did not have the same regard for the rule of law and individual rights that we enjoy in Canada.

Norman Webster is a Canadian journalist, a former editor of both The Globe and Mail and The Gazette here in Montreal and a two-time National Newspaper Award winner. Educated at Bishop’s University and Oxford, on a Rhodes scholarship, before joining The Globe, he served as the paper’s correspondent in Beijing and London, and at the newspaper’s Quebec, Ottawa and Queen’s Park bureaus. He wrote a weekly column for The Gazette and, for two years, one for Le Devoir. He is a member of the Order of Canada.

● Ping-pong diplomacy in China, the visits of American table tennis players to Beijing, considered the turning point in China’s relationship with the West.

● Quebec’s referendum politics and its colourful leaders, from René Lévesque and Pierre Trudeau to Lucien Bouchard.

● Margaret Thatcher’s United Kingdom, the war in the Falkland Islands, as well as a royal garden party and the country’s love affair with both the Queen Mother and Princess Diana. 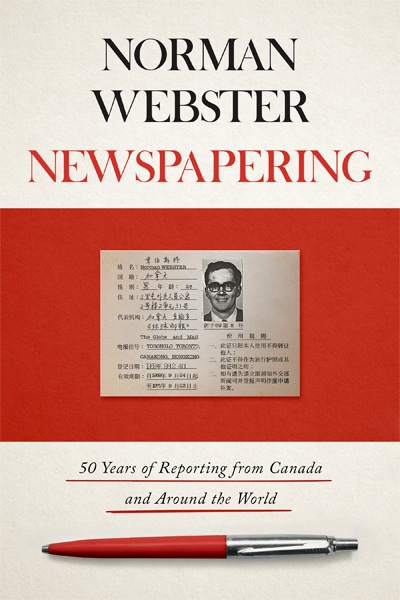 This book will captivate not just political junkies but also history buffs and journalists, recalling a golden age of newspapers.

Here’s what some of Webster’s peers have to say about Newspapering: “Nobody can match Norman Webster’s view of the world. . . Many worlds seen by a superb writer with both telescopic and microscopic vision.” – Douglas Gibson, editor, publisher and author

“From the isolated China of Mao Zedong to the perplexing politics of Canada, Norman Webster is one of the finest journalists this country has ever produced.” – Bronwyn Drainie, editor emerita, Literary Review of Canada

Newspapering: 50 Years of Reporting from Canada and Around the World by Norman Webster (Barlow Books) Hardcover/6×9/448 pages. ISBN: 978-1-988025-55-1. Available at Paragraphe, select Indigo locations and Amazon.