‘SIR: A Retrospective of Rock Royalty’ 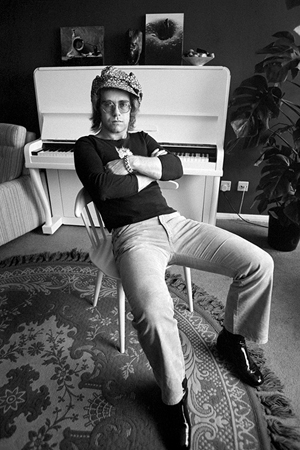 Before being knighted by Queen Elizabeth III, he was a plucky kid from Middlesex with a prodigious musical talent. However, it was those in-between years that gave rise to glittering rock royalty. From “young man in the twenty second row” to a breakout pop troubadour to bombastic global phenomenon, the long and winding path of Sir Elton John has lent itself to some rather spectacular places (and ensembles) over the past half-century.

Despite a portion of John’s farewell tour being postponed, this digital exhibition will offer fans around the world the opportunity to dive headlong into the unforgettable music, glitz, and radiant superstardom of the multiple Grammy-winning artist, Rock and Roll Hall of Fame inductee, and one of the most decorated singer-songwriters of an era.

Beginning with the 1970 release of his self-titled debut album, the Rocketman’s stratospheric rise is punctuated by a time and genre-transcendent catalogue of hits which span the gamut from favorites like “Crocodile Rock” and “Bennie And The Jets” to classic ballads such as “Tiny Dancer” and “Candle in the Wind.” SIR: A Retrospective of Rock Royalty is a testament to a time-honored spectacle that neither begins nor ends with jukebox anthems alone. 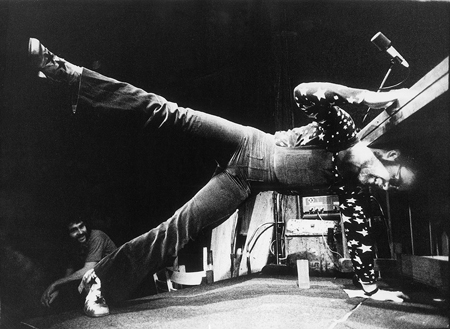 The subject of some of the most captivating images in music photography, John’s bespangled calling card of Little Richard meets Liberace comes together with crowd-pleasing antics and extravagant onstage aesthetics. Among the forthcoming exhibition’s most noteworthy inclusions is a shot from photographer Terry O’Neill which shows the superstar in ubiquitous form; posing with a baseball bat and outfitted in a full-sequined baseball uniform, John dazzles against a sea of fans at Los Angeles’ sold-out Dodgers Stadium. Of the many iconic moments he captured during that show, O’Neill recalls the thrill of Elton introducing him to the audience: “You might be wondering who this guy is running around with a camera…it’s Terry O’Neill!”

In addition to O’Neill, SIR: A Retrospective of Rock Royalty will feature the exceptional works of Ed Caraeff and Norman Parkinson. The April 2nd opening of the exclusive online exhibition will be presented by Morrison Hotel Gallery, world leader in fine art and music photography. This exclusive event provides a once-in-a-lifetime opportunity to celebrate the over-the-top fashion, iconic music, and unequivocal superstardom of Sir Elton John before he says his final farewell to the Yellow Brick Road.

About Morrison Hotel® Gallery
MHG is the world’s leading brand in fine art music photography representing over 125 of the world’s finest music photographers and their archives. Their vast catalog of photography encompasses jazz, blues, and rock imagery spanning several generations through to today’s contemporary music artists and now includes iconic photographs in the world of celebrity and sports as well. MHG has a robust online presence, featuring over 100,000 images searchable by photographer, music artist, band or concert. www.morrisonhotelgallery.com