A celebration of all things Ukrainian! Three days packed full of singing, dancing, food …. all that Ukrainians do best.

Throughout the day, festival-goers are able to browse through many kiosks featuring Ukrainian cuisine, folk art and crafts, local businesses and information booths. To keep the young ones entertained, the festival offers a supervised children’s area with games, face painting and other fun activities. 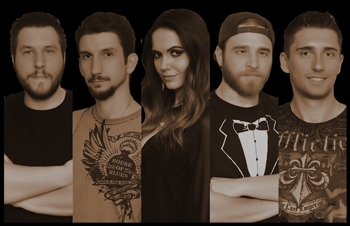 Zapovid’ (Toronto)
Up-beat, catchy and melodic are just a few words that could be used to describe the sound of ZAPOVID, Toronto’s hottest Ukrainian party rock band. Forming in early 2011, the band has quickly caught the attention of the Ukrainian community by incorporating elements of a wide variety of musical styles. Zapovid has played at numerous events and festivals across Canada as well as in the United States! 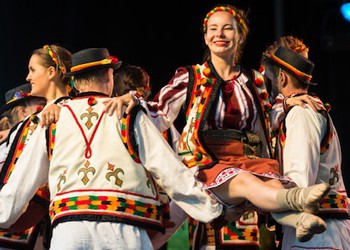 Troyanda Dance Ensemble
Troyanda, a dance group lead by director Bohdan Klymchuk, dazzles their audience with their choreography composed of traditional Ukrainian Folk dance moves. This dance group readily represents one of the most beautiful and recognizable aspects of Ukrainian culture through their energetic, entertaining and elaborate dance. 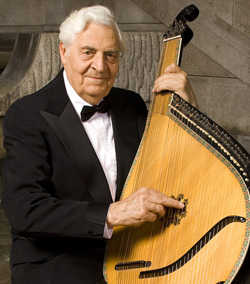 Wolodymyr Mota
The Bandura is Ukraine’s national instrument. In Montreal since 1952, Mr. Mota, basso, has performed in numerous concerts in churches, on TV, at EXPO’67 and other commemorative events. He has performed for parliamentarians in Quebec and in Ottawa, as well as in Ukraine’s Embassy in Ottawa and in concerts abroad. In 2008, he released his first CD and his second in 2012. He continues to perform regularly for the sheer joy of sharing Ukrainian songs, which have been at the core of his life. At 89, he is the Festival’s senior performer. 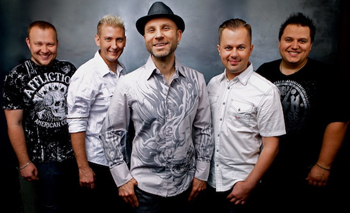 Mad Heads Band (Kyiv, Ukraine)
Mad Heads is the legend of Ukrainian rock music. The band was born in the same year Ukraine got its independence and it has been on the run ever since. Founded by its constant leader, the singer, the guitar player and the sole songwriter Vadym Krasnooky, the group went through many changes and transformations in line up and music style, reached many highlights over the years, gaining more success with each next step in the career.

Orlan Dance Ensemble (Winnipeg)
ORLAN Ukrainian Folk Ensemble Inc. was founded in 1975 with the support of the Ukrainian National Federation. Dr. Taras Babick created ORLAN and continues to this day to provide artistic direction and choreography. Wardrobe was created by Patrusia Babick. Music was arranged and recorded in Kyiv by the Veriovka Ukrainian Folk Orchestra under the direction of the late Maestro Anatoly Avdievsky. The dancers are young Canadian adults of Ukrainian origin, who share the common values of the preservation of Ukrainian traditional culture through the medium of dance. ORLAN’s repertoire includes over thirty dances, the majority of which are traditional in character. The wardrobe reflects many of the regions of Ukraine.

Vidlunnya Choir
Since 1995 the Vidlunnya Choir of S.U.M. has been a centre of Ukrainian musical life in Montréal. Having earned the admiration of audiences for its sophisticated interpretation of the choral compositions of Western, Central, and Eastern Ukraine, as well as folk music of Ukrainians living in Eastern Europe, the Choir continuously refines its repertoire.  Ivan Gutych is the current Choir Director. 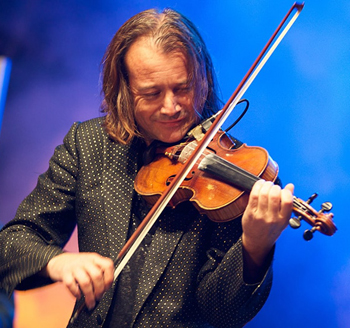 Vasyl Popadiuk & Papa Duke Band (Ottawa)
The journey for Vasyl Popadiuk from Ukraine to Canada has been one of musical adventure, starting at Kiev’s Lysenko school for gifted children at the tender age of 6, and continuing at Ukraine’s national Tchaikovsky Conservatory of Music from the age of 18. Popadiuk has toured with many prestigious troupes, including Ukraine’s Hopak National Ensemble, Kiev’s Gypsy Music Theatre Company, and the Nazarov Music Theatre Company of Moscow.