Summer isn’t over yet, but Bourgie Hall is already looking forward to its 12th season. The kick-off will be officially given on September 9 with a major project: the presentation in concert of the complete First Book of J.S. Bach’s Well-Tempered Clavier, performed by musicologist and harpsichordist Geneviève Soly on the organ and the harpsichord. To celebrate the tricentenary of this monument of western classical music, four concert-lectures and an introductory lecture will allow the listener to deepen their appreciation of the 24 preludes and fugues that comprise this collection. 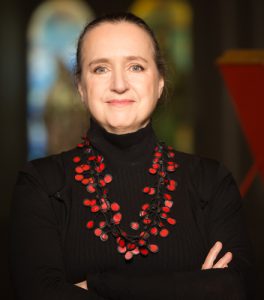 The upcoming season will also be the last programmed by Isolde Lagacé: she is stepping down on November 15 in order to enjoy a well-deserved retirement, after 15 years directing Arte Musica, including 12 very successful ones at the helm of Bourgie Hall. A stirring tribute will take place during a chamber music concert on January 21, 2023, offered free of charge to music lovers.

Under Isolde Lagacé’s leadership, this Montreal institution garnered international acclaim, and Bourgie Hall can count on two seasoned administrators to carry the torch: Caroline Louis as general director and Olivier Godin, who will take on the role of artistic director. Both in office since June, the organization is confident that their dynamism, knowledge of the cultural milieus in Quebec and abroad as well as their musical vision will lead Bourgie Hall to new heights.

The 2022-2023 season emphasizes diversity, ambition and excellence: music of every style and from every era is represented from classic to jazz, including music from diverse cultures, contemporary creations, and family concerts. With over 120 concerts presented by Bourgie Hall, this is the venue’s most ambitious season since its opening in 2011. To this must be added around 40 concerts by guest presenters, as well as the various rounds of the Concours musical international de Montréal’s 2023 edition.

Ten concerts will be presented in connection with exhibitions at the Montreal Museum of Fine Arts (MMFA), in particular those in the fall of 2022 whose themes are centered around music: Seeing Loud: Basquiat and Music and ᑐᓴᕐᓂᑐᑦ TUSARNITUT ! Music Born of the Cold. Several concerts inspired by the exhibition Designed by Women will also take place in the spring of 2023.

Furthermore, the Musical Canvasses package offers both a musical and visual experience by combining a guided tour of the exhibition followed by the concert paired with it. Collaborations with the Festival international de la littérature (FIL) and the Festival Quartiers Danses also allow listeners to experience music in conjunction with other art forms. 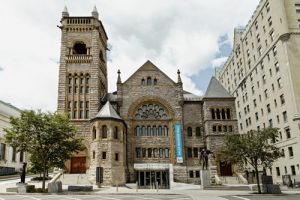 March 26 will mark the conclusion of a monumental project: the presentation of Bach’s complete sacred cantatas in concert, a first in Canada. Begun in 2014, this incredible adventure will have allowed the public to hear all of J.S. Bach’s approximately 200 sacred cantatas over the course of 77 concerts during a period of eight years. The first concert will take place on September 24 and 25 with Rafael Payare and musicians of the OSM, while the last one will be presented on March 26, 2023 with musicians of the Orchestre Métropolitain and Yannick Nézet-Séguin conducting. And as it has now become a tradition at Bourgie Hall, during these concerts the public is invited to sing the final chorale of the last cantata on the programme.

True to our wish to make concerts accessible to a wider audience, various attractive subscription packages (subscription series, à la carte subscriptions, special rates for young people) ensure that ticket prices remain affordable. As usual, MMFA members and Cinéma du Musée card holders benefit at all times from a 15% discount on the General Public rate. Those 34 years and younger benefit from a 50% discount on the General Public rate, while $10 rush tickets are also available for them at the Bourgie Hall box office in the hour preceding the concert (subject to availability).