Music has played an important role in the lives of Marc Gold and Nancy Cummings-Gold. It was a shared love of music that brought them together as young adults. Now they share their love of their city, province and country; while continuing to make meaningful contributions to the wider communities and the organizations that they support.

Like a lot of teenagers in the 60s, Marc Gold was influenced by The Beatles. “I’ve played guitar since I was 13, starting with an acoustic guitar and playing folk songs. The day after I saw The Beatles on Ed Sullivan, I bought an electric guitar and started playing with some friends.” One of those band mates was Steven Cummings, Nancy’s older brother. Marc continues; “I’d come back to Montreal from school and get together with Steven and we’d play music. We were playing some Bob Dylan songs, and at a moment in time, Nancy started singing…” Nancy quips; “To me, Marc was just a guitar player who was taking some law courses.” Four and half decades later; Marc and Nancy are looking forward to their 45th Anniversary.

As a young couple starting out, Nancy worked while Marc attended law school. “I’ve been able to do what I’ve accomplished in my law career because Nancy supported us financially and me emotionally while I was still studying.”

Marc: After earning his undergraduate degree at McGill, Marc earned his Bachelor of Law Degree (L.L.B.) at the University of British Columbia, and his Master’s degree (L.L.M.) from Harvard Law School. He’s member of the Quebec Bar Association and the Law Society of Upper Canada, and has completed mediation training at the Harvard Law School on Negotiation. His specialty is Constitutional Law, which he taught at Osgood Hall for twelve years while he and Nancy started their life together.

In the early 90s Marc, Nancy and their children returned to Montreal, and he began a twenty-three year career in real estate development with Maxwell Cummings & Sons. 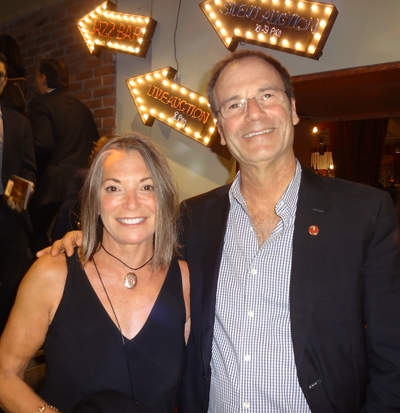 Marc and Nancy: “At a moment in time,
Nancy began to sing…”

He has served as an adjunct Professor of Law at McGill, and also served on the Board of Directors at Université de Montréal; where he also was Chair of the Tenure and Promotions Committee for sixteen years. During our conversation, Marc stated that he loves Quebec culture and considers himself a Francophile.

While enjoying success in his academic and private sector careers, Marc has been and active volunteer, holding leadership roles in the Jewish community locally and nationally, including ten years as Chair of CJA Canada. “I’m also very proud of my contribution to ENSEMBLE pour le respect de la diversité, an organization that promotes tolerance and helps youth face the challenges of all types of discrimination.” Started as The Tolerance Foundation in 1995, the not-for-profit organization changed its name in 2012-13 to ENSEMBLE for the respect of diversity to reflect its mandate. The group is active with school programs in English and French throughout the province.

Nancy: “Marc and I are products of our upbringing and the values that our parents instilled in us. I was fortunate to grow up in a very privileged environment, but that was not the important part of our family values.”

“We talked about the issues of the day, and we were taught to have a connection to the vulnerable and to engage in community initiatives for the benefit of less fortunate families. Our great good fortune was not the currency of our life; it was our parents’ values that shaped my life.”

“While Marc was studying and teaching law while we were in Toronto, I went to school in the evenings to continue my passion for the study of landscape design.” Nancy also became a volunteer with an organization that trained services dogs for special needs children. When the family moved back to Montreal, Nancy and some volunteer partners established a Montreal operation of PACCK, using the Ontario model. “We eventually merged with Mira because they were larger and providing and excellent service for special needs children and their families.”

Nancy has given generously of her talents and time to a variety of community and arts organizations. But her current involvement with Auberge Shalom Pour Femmes is perhaps her most passionate commitment in a lifetime of being generous with her time. “Auberge Shalom was started in 1989 after an incident of conjugal violence in the Jewish community resulted in a fatality. As with our Jewish tradition, everyone is welcome at Auberge Shalom. It’s multicultural organization serving diverse communities. The services are open to abused women with or without children.”

“When I first became involved, I was shocked that I was shocked by the scope of family violence. I consider myself to be well-informed; but I was unprepared for the number of women who are abused and the 360,000 Canadian children who witness violence in their homes.”

The average stay at Auberge Shalom is six to eight weeks. Women are provided counselling and related services to get them settled. “We have the ability to provide hope for people who have been living without hope.”

Nancy cites the value of outreach programs that go into schools and workplaces. “You never know when you will touch someone with a message of hope, letting them know that there is help available. After attending one of our outreach sessions, we received a call from an employer who suspected that an employee was being abused; asking ‘What can I do for her?’ We were able to identify and subsequently help that woman because of an outreach program. If a person saves one life – you’ve made a difference.”

When Nancy states that she ‘feels honoured to be able to help’, Marc steps into the conversation. “Nancy’s being modest. She took on a major responsibility to organize a fundraising event that had to be cancelled because of COVID-19. She persevered, contacted people and continued to raise awareness of the work done by Auberge Shalom. Despite the enormous handicap dealt by the pandemic, Nancy and her team set a record for the amount raised for the ongoing work of Auberge Shalom.”

Nancy adds; “For any woman reading this article and is experiencing violence in her home, please call the Auberge Shalom 24-Hour Hotline: 514-731-0833. Counselling Services are also offered at 514-485-4783.” The Auberge Shalom website has a wealth of information, including how to hide your visit on a shared computer and how to instantly close the screen from prying eyes. www.aubergeshalom.org 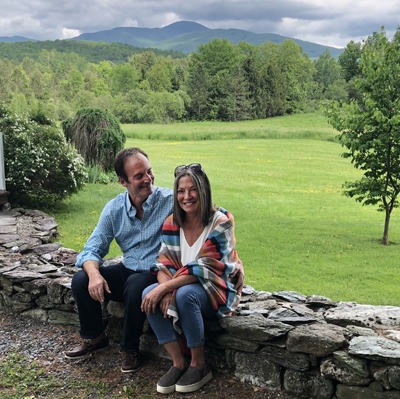 For his part, Marc was named to the Senate in November, 2016. “As a constitutional lawyer and equal rights advocate, I believe that our government institutions should be strong and responsible to citizens. I was happy to accept. I learned right away that there are some very bright and capable people in the Senate. I’m surrounded by some really talented fellow Senators. I’m not that unique in the Senate; I’ve had to ‘up my game’ in this job. And it’s good for Canadians to know that there are so many talented people representing them in the senate.”

“The impulse and drive to modernize the senate started before I arrived. The Senate is in transition, and not all Senators agree. It’s an evolutionary process, and one that this body of our parliamentary system deserves.” Marc adds; “My beliefs are deeply anchored in Jewish thought and tradition. We have a saying; ‘You’re not obligated to finish; but you are obligated to start…’ I’m part of the group that has started, and I hope that by the time I leave in five years, we will have made the Senate more relevant in its service to Canadians.

“I believe in Senate reform, to the extent that a less partisan Senate fulfills the original concept as a ‘chamber of sober second thought` and gives value to Canadians by improving legislation. I bring a mixture of my experience as a constitutional expert and twenty years as an entrepreneur to my senate responsibilities. My business background in mediation has been helpful in dealing with other senators so that we can act effectively as a government body.”

Marc’s role in the Senate changed this past January when Prime Minister Trudeau asked Marc to be the Representative of the Government in the Senate. “That one took me by surprise. I was comfortable in my role and enjoying being an independent Senator.” Marc recognized that it was also an opportunity encourage reform. “I represent the government, but I’m not the government. My job is also to reflect the Senate’s views back to the government; that we have a voice and that the government can’t take us for granted. The Prime Minister gets it – and that’s important.”

Marc is enthusiastic in describing his Senate responsibility. “I feel that all my life skills have come together in this job. As a musician, I love to perform for an audience. As a constitutional expert I have a deep understanding of how government works. As a mediator I’ve learned how to listen to the opinions of the other side, to find common ground and come to a resolution. As an entrepreneur I know that an organization has to provide results in order to be effective. I use all of those skills every day in my job in the Senate.”

Auberge Shalom 24-Hour Hotline: 514-731-0833. Counselling Services are also offered at 514-485-4783. The Auberge Shalom website has a wealth of information, including how to hide your visit on a shared computer and how to instantly close the screen from prying eyes. www.aubergeshalom.org

Marc Gold and Nancy Cummings-Gold continue to make solid contributions to our communities on a local, provincial and national level; and we’re all the better for their contributions and leadership by example.

As our conversation draws to a close, Marc, Nancy and I return to talking about music. It was music that brought them together and its music that still plays an important role in their life together. Marc states; “When I’m playing, I feel the most myself. I disappear into a core part of who I am.”  For Nancy’s part, she tells me; “Before you called – we were dancing!”