An African country teeters on the edge of civil war. A society prepares to drive out its colonial present and claim an independent future. Tshembe, returned home from England for his father’s funeral, finds himself in the eye of the storm.

Yaël Farber (Mies Julie, Nirbhaya) directs the final play by Lorraine Hansberry (A Raisin in the Sun): a brave, illuminating and powerful work that confronts the hope and tragedy of revolution.

This archive recording was captured by the National Theatre in 2016.

In memory of Nofenishala Mvotyo, who played friction drum (masengwana) in this production, and was a preserver of the Xhosa culture as well as an ambassador of the split-toned, throat deep sounds that normally echo in the mountains of Ngqoko.

A searing portrait of the revolutionary spirit. – Evening Standard

The streaming performance of Les Blancs begins on July 2nd at 2:oo pm EST time. It will be available until 2:oo pm EST on Thursday, July 9th but you’ll need to start watching by 12:15 am EST time on July 9th to ensure you see it all. 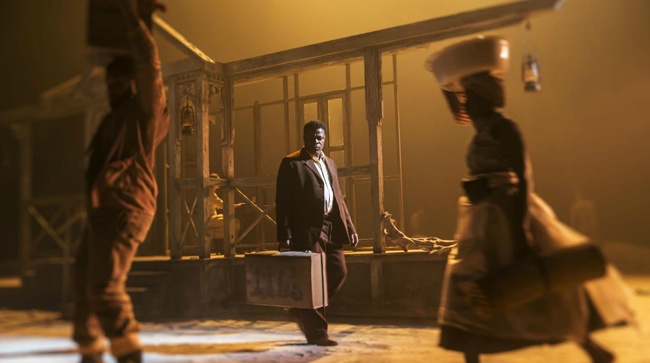