A North American exclusive: The Incas, Treasures of Peru

The Incas, Treasures of Peru, gives museum-goers a taste of one of the richest legacies of craftsmanship the world has ever seen. A North American exclusive, the exhibition takes visitors on a stunning journey deep into Andean and Peruvian cultures to reveal the secrets of the Inca Empire, its power, its mysterious rituals and customs, and, above all, its remarkable artistic achievements.

Rare pieces, held in great European collections, reveal the civilizations that influenced Inca culture in the areas of farming, pottery, metallurgy, sculpture, and weaving. “We are fortunate to have access to some unique pieces, including some incredibly well-preserved textiles. The story told by these objects is fascinating. They recount the origins of one of the largest and most tightly controlled empires the world has ever seen—one whose artistic influence is still felt today,” explains Pointe-à-Callière’s executive director, Francine Lelièvre. 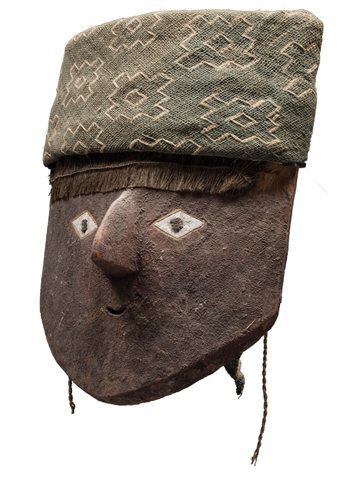 CHANCAY False funerary head
The head and face were important in funerary rites. The deceased must be able to communicate, especially through speech, in the afterlife with their descendants on earth. (1100–1450) Wood and fabric, Coenen Private Collection
Photo: Royal Museums of Art and History, Brussels

With nearly 300 pieces of metalwork, ceramic, ritual objects, magnificent works made from feathers, and breathtaking textiles on display, visitors will learn how the civilizations of the Peruvian Andes developed their artistic, economic, political, and social knowledge and know-how. The engaging museography highlights the unique beauty of Andean plants and wildlife and of its costa, sierra, and selva to create a majestic journey through time into the heart of Peru.

The first part of the exhibition focuses on the legacy of six important pre-Columbian civilizations and their influences on the Inca Empire. Visitors will encounter funerary sites built by the Paracas and their practice of cranial deformation. Also featured are the spectacular geoglyphs known as the Nazca lines—huge drawings up to 45 m long traced on the ground—along with this society’s fine textiles and ceramics. Significant archeological finds have shown that the Moche had an extremely hierarchical society and practiced human sacrifice. The Wari civilization endured from 650 to 1000; it was the region’s first expansionist empire and served as the military, political, societal, and ideological model for the Incas. The Chimù, unrivalled goldsmiths, controlled one of the largest cities in the world in the 15th century, and built a complex system of irrigation canals to push back the desert. And the Chancay were known for their skill in textile art and mastery of colours.

An enormous yet fragile empire

In part two of the exhibition, visitors enter a majestic world of feathers, with taxidermied birds evoking the world of the gods and the feather art created by the peoples of Peru. They embark on a processional path into the Inca Empire, which had one of the most sophisticated political and administrative structures of the pre-modern world. There, they will encounter the Sapa Inca—the intermediary between humans and the supernatural who wielded absolute power over the Incas. His clothing was unique, and he presided over ceremonies involving human sacrifice, among many other offerings. Visitors will learn about the Incas’ many rituals, including how they interacted with mummies to request their counsel. 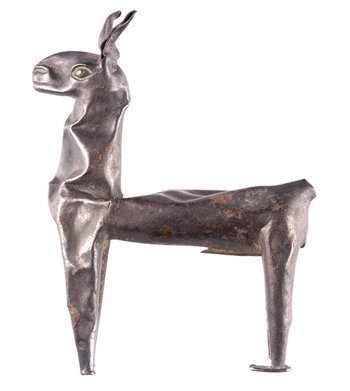 INCAS Llama figurine used in a livestock-fertility ritual.
Such offerings were among the funerary items placed in the graves of the elite. (1450–1532) Silver
Musée du quai Branly–Jacques Chirac

The Incas’ architectural prowess is also on display. Through reconstructions, audiovisual presentations, large-format photographs, and projections, visitors explore Choquequirao, a religious centre with an impressive mural mosaic of llamas and, of course, the famous Machu Picchu, one of the most astonishing architectural feats of an empire at its peak. The exhibition also highlights the Incas’ technical skills, with numerous examples of weaving tools, slings, footwear, and a quipu, a mnemonic record-keeping tool made from coloured strings that was also used to keep populations under control.

Along with textiles, ceramics, and various offerings, expressions of Inca art included magnificent aryballos, a new form of ceramic vessel adorned with numerous and sometimes highly developed motifs. Symbolic of the “generosity of the empire,” they were used to transport corn beer, a very popular beverage among the Incas.

The Spanish conquest that precipitated the fall of the Inca Empire would not conquer the Inca spirit or artistic traditions. The exhibition shows that even today, life in some communities is structured around the principles of reciprocity, beliefs and rituals related to the land and its fertility, and the importance of “Pacha Mama” or mother Earth.

The last part of the exhibition is dedicated to 19th- and 20th-century weaving practices, which are still inspired by Inca know-how. It features magnificent modern textiles and offers visitors a chance to try their hand at weaving by contributing to a virtual textile.

A symbol of power

Textiles, a major Andean art form and source of inspiration for all other art forms, serves as the exhibition’s unifying thread. Museum-goers will discover the importance of textiles, considered more precious than gold or silver by the Incas and pre-Incan societies. Symbols of power and identity, they were essential in communicating one’s social position or membership in a political or religious group. Prisoners were stripped of clothing to humiliate them and remove their social identity. Decorations made from textile or feathers were used as offerings to the gods and in diplomatic transactions.

The deceased were wrapped in multiple layers of textile for their journey to the afterlife, with the number of layers increasing according to one’s societal status. Indeed, almost all of the exceptional textiles on display in the exhibition, some dating back over 2,000 years, come from tombs. They were preserved for hundreds of years thanks to the aridity of the coastal desert where they were found.

The exhibition The Incas, Treasures of Peru at Pointe-à-Callière is a unique opportunity to experience the immense cultural legacy left by the Incas.